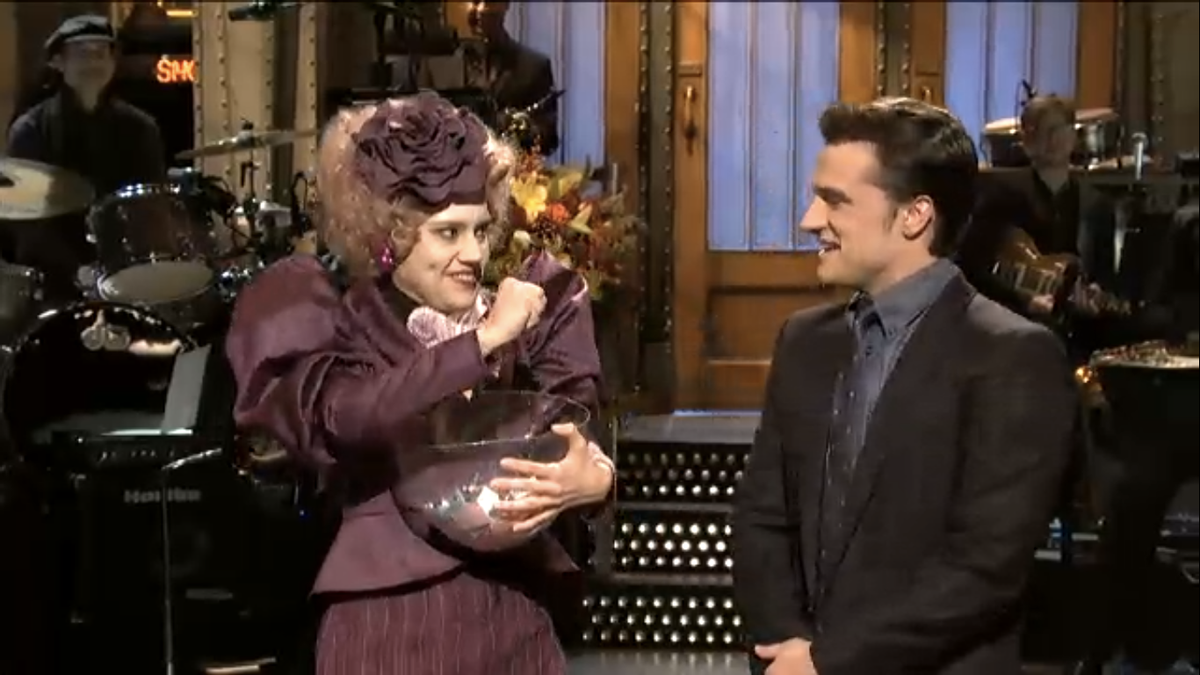 Promoting his new film, "The Hunger Games: Catching Fire," Josh Hutcherson joined the cast of Saturday Night Live — and poked a little fun at his oh-so-fragile character, Peeta Mellark, in the process.

"You guys probably know me from Hunger Games," Hutcherson begins in his monologue. "I play Peeta, the brave young hero who immediately gets hurt and has to be carried around for the rest of the movie." Hutcherson's soon joined on-stage by Kate McKinnon, who is apparently a massive fan of the Hunger Games franchise, and is all decked-out to look like Elizabeth Banks' character in the films, Effie Trinket. "Oh this? It's just something I had lying around, in case you ever hosted...which you are," McKinnon says.

McKinnon next introduces SNL's own version of the Hunger Games, complete with some pretty serious weaponry, and things just get sillier from there: