Trust Me on This: A writer needs focus and to really put in the work. The acclaimed novelist shares his top tips

By Nicholson Baker as told to Daniel D'Addario 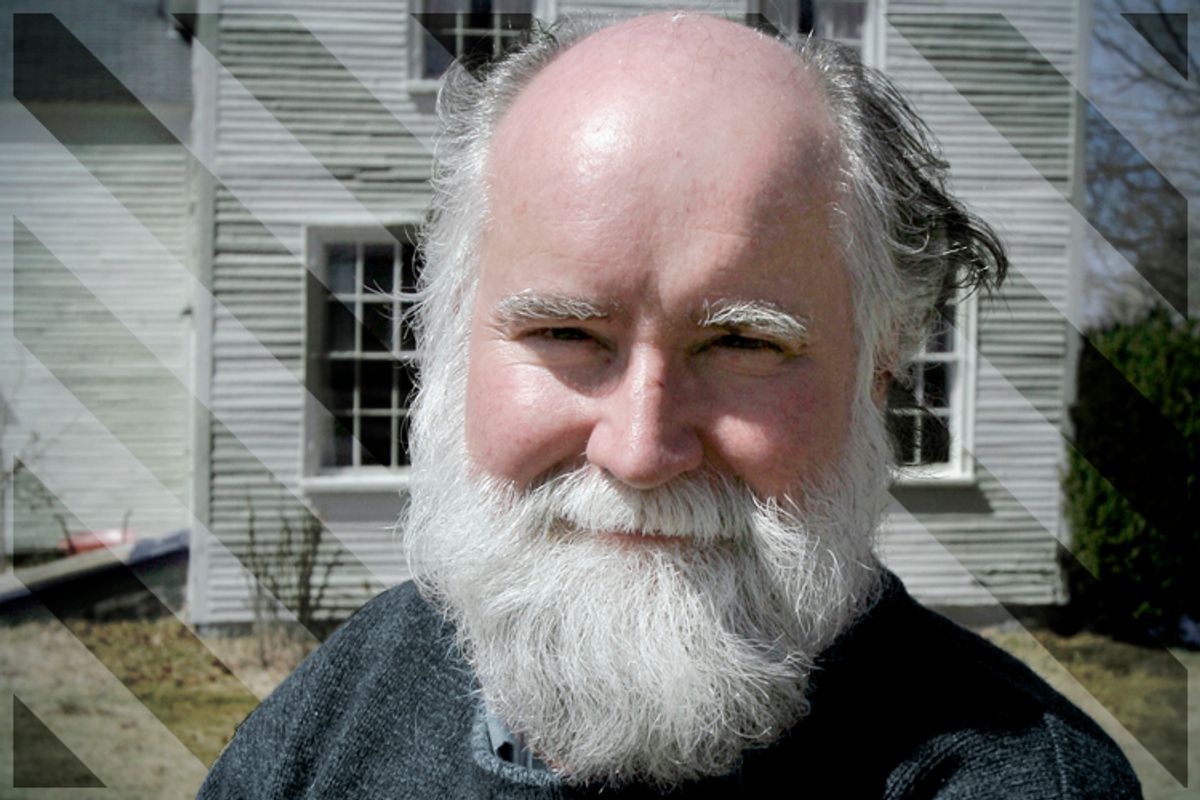 One huge piece of advice came to me from Bill Whitworth, who was the editor of the Atlantic Monthly, and I was so in love with reading the Atlantic at the time. Once or twice I got a chance to work with Bill Whitworth on a piece or two – and I was just kind of struggling to support myself and, you know, life is busy and I wasn't writing that much. He just said very simply, "Are you writing every day?" and I said, "Ummmm," and I sort of mumbled because I couldn't say yes.

It was a horrible feeling, and the day after that, I started writing every day. That would have been 1984 and I tried to write every day since then. It has helped me a lot, so that was probably the most helpful piece of advice I got early on.

It's very hard to put it in practice if you're busy doing other things. For a while I was working with old newspapers; we were taking care of them in New Hampshire and people were coming to visit me as I played the role of an amateur librarian and I was asking people to help out with funding, so I had to get up very early in order to write every day. More recently, I have begun to realize that one writes in bursts. When you're in the middle of writing a book, it's very exciting and consuming and you think about nothing else, and then there are other periods where you are doing something else -- I might be trying to write a song or maybe traveling places, giving readings or something, so I fudge a lot where I think, "OK, did you write anything, did you write a text? Did you write an email? Did you write just notes on a scrap of paper? Did you write something?" So that's how I get around it sometimes, by stretching the definition.

Paul Chowder, the protagonist of my new novel, "Traveling Sprinkler," is my soul mate and most of what is going through his head is also going through my head, although in sexual situations we're a little different. But the thing that I found about writing is it's wonderfully wasteful and that's part of the usefulness of it. If you write every day, you're going to write a lot of things that aren't terribly good, but you're going to have given things a chance to have their moments of sprouting. After hearing something, you'll notice something and you'll write three lines about that and then you'll let it molder and you'll forget it. The next time you return to that, you're already at take one, and take two can expand on that and so even though it's wasteful, because I write, you know, thousands of pages of stuff that doesn't ever see the light, it helps me think and it helps me figure out what I actually do want to say in public. It makes me feel as if I'm being industrious, even if – it's really very soothing in a way to write about what's happening, and a couple of things I mean, other things that are helpful to me – some of them are bits of advice I've given myself, as if I'm my own elder brother or something and I talk about things with myself.

It's been very helpful just to ask yourself, "What is the best moment of your day?" and "What is the best moment of the day you just lived through?" And if you're writing in the early morning, you don't have much to work with, but there's always something that leaps to mind. And nobody told me that, but I have a vague memory of reading a review in the TLS, and I don't remember who the reviewer was or what the book was, but it was about a writer whose method was to write only about the good things. That doesn't really work for me, but just asking myself what was the best moment of the day, which has sort of adapted from that piece of advice, has been hugely helpful.

Something that also taught me how to write that I tell people -- I've never been a writing teacher, but I say it because it was so helpful to me when I started doing it – is to buy a notebook or a spiral-bound book or something and get a ball-point pen of your choice. And sure people say, "You've got to carry around a notebook and jot down ideas" and that is OK, and I adapted that by writing on a folded-up piece of paper and carry it around in my pocket – that's one thing. But this is different; if you're reading along and you come to something that's really beautiful, that really stops you in the eye with its prose, you see it's true, then I'll stop or make a note to stop later and open the notebook and copy it out, in quotation marks, of course, and write down – copy that out word for word, with full punctuation, in handwriting.

And the reason that's useful is it slows you down and helps you understand the rhythm of the prose and how a person constructed something that opened up in your mind in just that way. So copying out in a commonplace book interesting bits of writing that you find inspiring or interesting is the only piece of advice I have. It's the only secret that I have to pass on. I'm not a poet, but copy it out and you will be amazed at how much it helps you almost instantly. Instantly, it makes you a more thoughtful reader and possibly a better writer.

I took a writing class when I was about 20, a summer writing class, and the novelist – I can't remember his name – said, "The first-person narrator is a mistake." And everybody nodded and I thought – and I'd been trying desperately to write in the third person, because I thought, you know, real writers write in the third person and as soon as I heard him say it, I thought, This is being taught and pushed on us all so that we feel nervous about writing in the first person. I did start to rebel against it and it led me to writing a piece in the first person about getting dressed in the morning. It then got into the New Yorker and it was no longer an act of rebellion because it turned out that the first person pulled things out of my mind more easily – it was a better kind of fishing line into the personal trout stream than trying to write in the third person.

Larry McMurtry said he wrote one of his books in the first person and then translated it into the third person. Now, think about that. I had not realized that you could do that. You could write a whole book the way you wanted to write it and then go back and translate. So sometimes I've done that where I write something in the first person and changed it to the third person, and that's kind of exciting and strange because there's two layers, so I followed that advice. It was just sort of liberating and helpful.

MORE FROM Nicholson Baker as told to Daniel D'Addario

Books Tmot Trust Me On This Writers And Writing