"No Animals Were Harmed" is a lie: Exposé reveals abuses on Hollywood sets 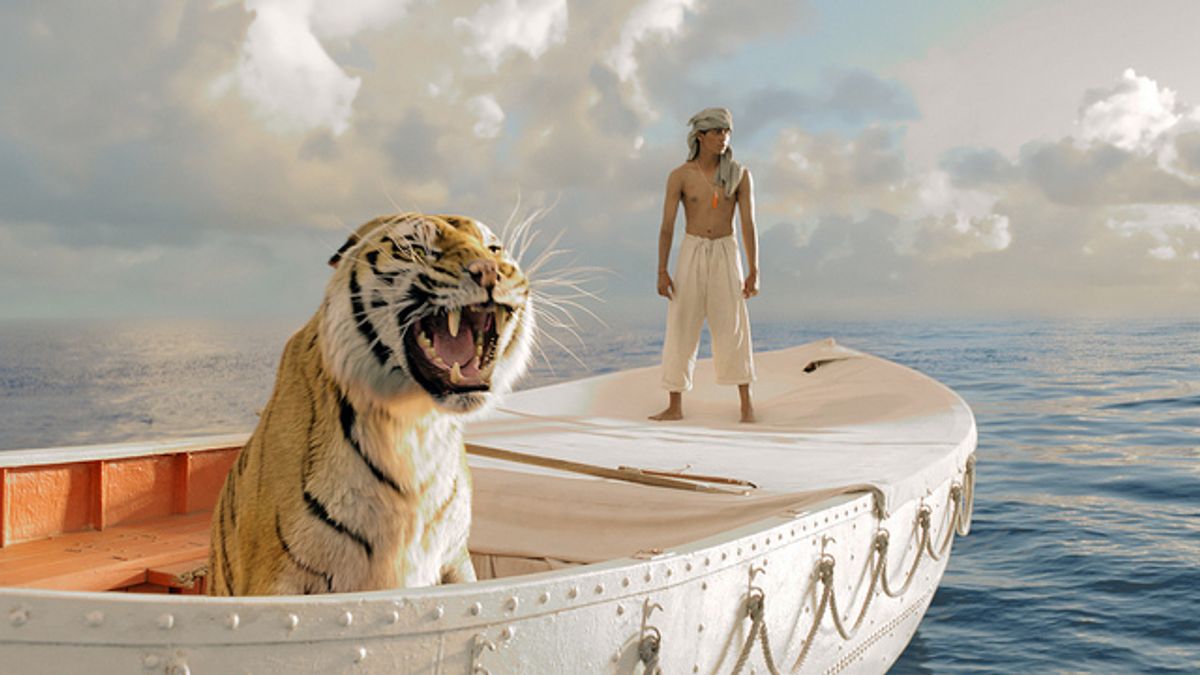 "No animals were harmed" in the filming of 2011's "Life of Pi," but the tiger "damn near drowned." That's just one of a litany of abuses against Hollywood's four-legged actors, according to a scathing exposé in the Hollywood Reporter.

"Audiences reassured by the organization’s famous disclaimer should not necessarily assume it is true," THR writes. In practice, the piece alleges, it means they just weren't harmed on purpose ... or while the cameras were rolling. Their allegations cover incidents large (82 harmed horses) and small (one squashed chipmunk), naming what feels like just about every movie, television show and commerical with an animal in it along the way:

A Husky dog was punched repeatedly in its diaphragm on Disney’s 2006 Antarctic sledding movie Eight Below, starring Paul Walker, and a chipmunk was fatally squashed in Paramount’s 2006 Matthew McConaughey-Sarah Jessica Parker romantic comedy Failure to Launch. In 2003, the AHA chose not to publicly speak of the dozens of dead fish and squid that washed up on shore over four days during the filming of Disney’s Pirates of the Caribbean: The Curse of the Black Pearl. Crewmembers had taken no precautions to protect marine life when they set off special-effects explosions in the ocean, according to the AHA rep on set.

And the list goes on: An elderly giraffe died on Sony’s 2011 Zookeeper set and dogs suffering from bloat and cancer died during the production of New Regency’s Marmaduke and The Weinstein Co.’s Our Idiot Brother, respectively (an AHA spokesman confirms the dogs had bloat and says the cancer “was not work-related”). In March, a 5-foot-long shark died after being placed in a small inflatable pool during a Kmart commercial shoot in Van Nuys.

All of these productions had AHA monitors on set.

Those monitors who stand up for the animals' welfare are labeled as "troublemakers," the allegations continue, by an agency that's attempting to cozy up to Hollywood producers. Dr. S. Kwane Stewart, who took over the "No Animals Were Harmed" program in April, disputed this, saying “We first and foremost want to keep the animals safe.” He then added: “We need to keep in mind that [the producers and directors of productions the AHA monitors] want to arrive at their vision as well.”

No films are required to have the AHA's disclaimer, and because it's a nonprofit, the AHA isn't required to make its information publicly available the way federal monitors would. It doesn't even have to really explain what the disclaimer means: “I think what people think [it means] is that when a horse dies in the movies, it didn’t really die,” Candy Spelling, a national AHA board member, told AHA. “I think that people think [the AHA’s monitoring] is just when the cameras are rolling.” That, of course, would let producers off the hook for the rest of the time on set.

Some films don't end up earning the AHA's approval, and end up instead with a disclaimer that reads like a lie of omission: “American Humane Association monitored the animal action.” They just may not have done anything to protect them.