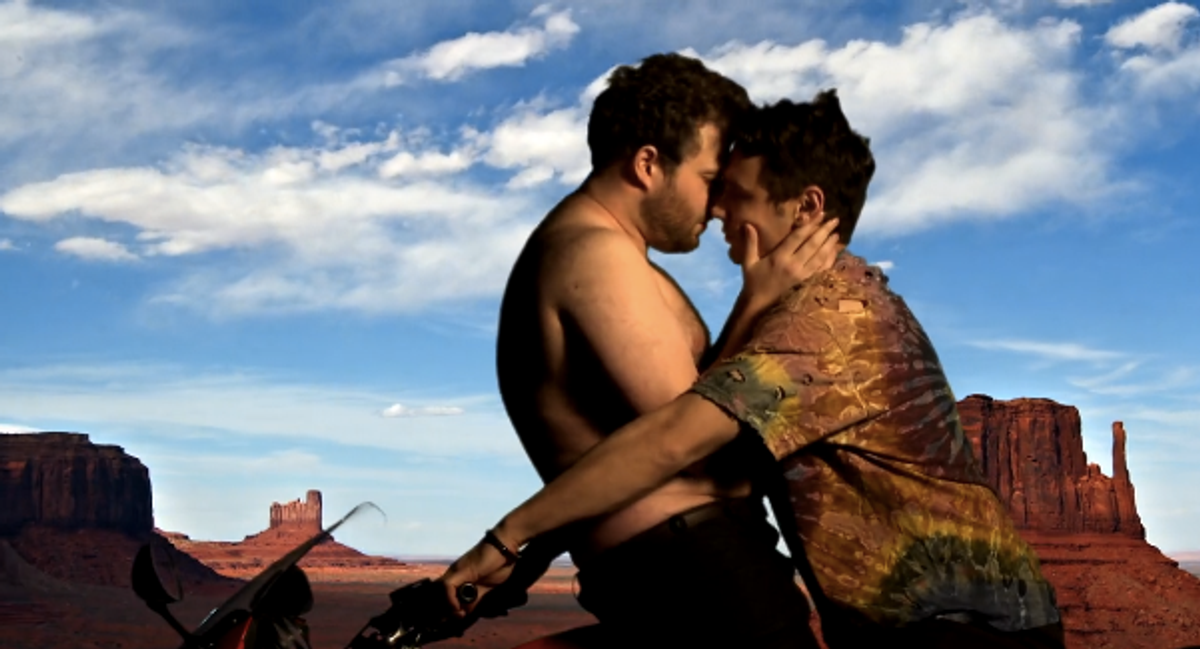 Seth Rogen and James Franco have found another way to celebrate their bromance, this time via a parody of Kanye West's awe-inspiring music video for "Bound 2," which features a topless Kim Kardashian, "Koyaanisqatsi"-like landscapes and Kanye West on a motorcycle.

While on the set of their upcoming film, "The Interview," Franco and Rogen re-created the music video "Shot. For. Shot," with Rogen replacing the sultry, bare-chested Kardashion. The whole thing is pretty funny, unless of course you stop to wonder if Franco is turning being gay into a joke, as he is prone to doing.