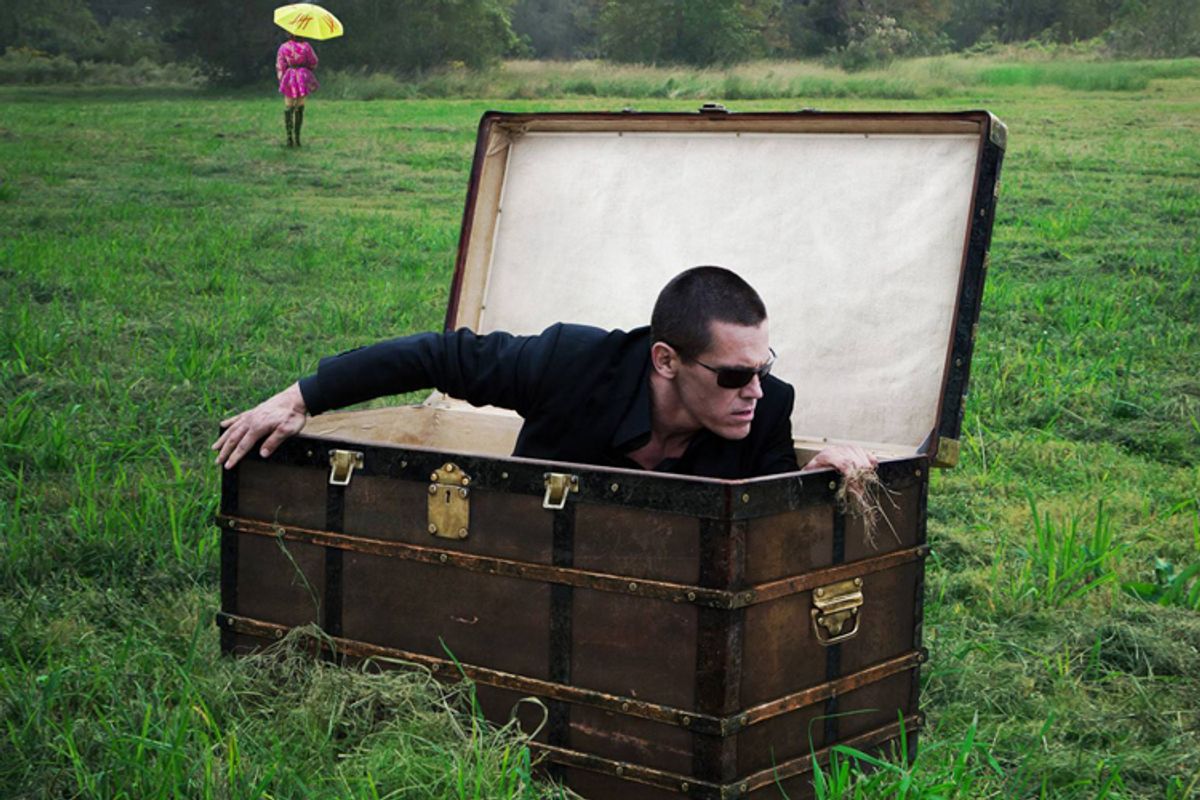 Park Chan-wook’s 2003 thriller “Oldboy” was one of those foreign films that defies the logic of the marketplace, for essentially unexplainable reasons. I’m not claiming that it’s not a terrific movie or even, after its own fashion, an important one. And you can start to add up the factors that turned “Oldboy” into an international cult hit: The combination of extreme violence, narrative trickery and formal ambition; a mid-2000s worldwide craze for East Asian pop culture (“Oldboy” originates in a Japanese manga, or comic book); the endorsement of Quentin Tarantino, who was then at the peak of his influence. But none of that entirely accounts for the fact that “Oldboy” was seen around the world, and remains a drug of choice for ComicCon types a decade after its release, while numerous other outstanding Korean thrillers and horror films of that period went unnoticed outside their homeland.

Spike Lee’s new remake of “Oldboy,” I’m sorry to say, may have the opposite problem. It has name actors – Josh Brolin, Elizabeth Olsen and Samuel L. Jackson, for starters -- and a celebrity director, and arrives wrapped in a veil of mystery. Lee, ordinarily an unstoppable motormouth, has declined to discuss it until very recently, and reviews were embargoed until the day before release. (Such embargoes are generally voluntary, but Film District, the American distributor of “Oldboy,” actually requested signed non-disclosure agreements from journalists who attended screenings.) Having seen the film, and having now fulfilled my vow of silence, I remain unsure what the fuss was about, or whom this movie’s supposed to be for. To be clear, I fully support Lee’s ongoing campaign to push into mainstream film (i.e., movies white people will see), and I generally liked both “25th Hour” and “Inside Man.” This one has its technical virtues, but it's frankly kind of a muddle, and may have been doomed from the outset. I would divide the potential audience for “Oldboy” into two groups: Those who will be disappointed and those who will be bewildered.

If you’re a fan of Park’s “Oldboy,” you may find some pleasure in the way Lee and screenwriter Mark Protosevich (of “Thor” and “I Am Legend”) stuff in sly references to the original. When Brolin’s character, a disgraced ad salesman named Joe Doucett, starts to visit Chinese restaurants in search of the dumplings he ate every day during 20 years of captivity, we linger for a moment on a fish tank containing an octopus. (That’s a gesture toward one of the most disturbing moments in Park’s film.) Lee’s cinematographer, Sean Bobbitt, who shot “12 Years a Slave” and both of Steve McQueen’s earlier films, creates a stylish, vigorous and often brightly colored spectacle here that’s a world away from the weatherbeaten fatalism established by Park and Chung Chung-hoon in the first “Oldboy.”

Brolin, a leading man who can make even routine Hollywood roles seem interesting, gets to display both hard-body, action-hero machismo and a debauched vulnerability. Even when we have no idea why mysterious assailants have abducted and imprisoned Joe – in a phony motel room that embodies an odd tribute to Jim Jarmusch’s “Mystery Train” – we get the feeling Joe’s not entirely surprised. The list of former bosses, betrayed partners, ex-girlfriends, dubious creditors and other people with a reason to hate him just keeps on coming. But the real secret of “Oldboy,” in both versions of the tale (this isn’t a spoiler) is that nobody could possibly hate the protagonist as much as he hates himself; Joe carries his doom with him everywhere, like a snail whose shell is made of existential dread.

One night in 1993, after blowing a big business deal and getting obscenely plastered – neither of which, we gather, is an especially rare event – Joe just disappears. Over the course of two decades in that motel room (missing such highlights of American history as the Monica Lewinsky scandal and the entire George W. Bush administration), Joe learns nothing specific about why he’s being held prisoner. He does learn, from the one-channel TV in his room, that his wife has been raped and murdered and he has been identified as the one plausible suspect, while their young daughter has vanished into foster care, to play moody cello sonatas in a new family with a new name.

Park’s “Oldboy” had a complicated and intentionally confusing chronology, and tells a story within a story: It begins in the middle of an action scene, after the imprisoned businessman (played by Korean star Choi Min-sik) has been released, and then has to circle back through the whole preceding narrative before reaching that point again. That episode ends, in fact, with a shocking act of violence that lets us know this thriller isn’t playing by the usual rules, and that in defiance of the customary cliché, the truth will not necessarily set you free. Lee and Protosevich, on the other hand, move from beginning to end in conventional fashion, starting with the overweight Joe of 1993, sodden with drink and despair, and pushing through his 20-year captivity, his spiritual and physical renewal, and his metaphorical rebirth as an avenging angel, clad in a designer suit, who emerges from a steamer trunk in the middle of a field. (Although the city of this “Oldboy” is never named, it’s recognizably New Orleans.)

While the various plot twists of this “Oldboy” are generally similar to those of the first movie, and occur in the same order, one can feel the filmmakers struggling to adapt an essentially foreign concept to the rhythms and style of American cinema. As in Park’s film, there are revelations which come a little too easily, and turn out to be less important than they appear, or at any rate different. Joe rapidly discovers who has been keeping him captive and where (creating a brief but impressive role for the foulmouthed Samuel L. Jackson), and the person who ordered him kept there simply shows up and volunteers himself. It’s South African actor Sharlto Copley (of “District 9” and “Elysium”), doing an evil-queen shtick that feels more than a little out of place in 2013, and offering Joe a deal that sounds too good to be true: Figure out who I am and why I did this to you, and I’ll reunite you with your daughter and kill myself while you watch. He's telling the truth, but it's also a trap, one into which Joe has already fallen.

All of this is watchable and even sometimes gripping, but it’s also awkward and artificial, and it’s impossible for me to say how viewers coming to this material for the first time will understand these seemingly unmotivated characters, their antiquated-feeling situation and the overall mood of paranoia. There are a few middling-good fight scenes and one distressing sequence of torture, but Lee really doesn’t have a Tarantino-style appetite for that stuff and this “Oldboy” comes nowhere near the shock value of the first one. I think Lee and Protosevich conceal the biggest and most important of the plot twists well (although of course I knew it was coming), but the film’s tragic-poetic denouement, once all is finally revealed, lacks both the moral ambiguity and the brutality that made Park’s “Oldboy” so troubling and so unforgettable.

Elizabeth Olsen plays an important supporting role as a youthful and idealistic clinic nurse who responds to Joe’s troubles and vows to help him solve the mystery -- although of course she’ll end up wishing she hadn’t – and there are agreeable bit parts for Michael Imperioli, James Ransone and Lance Reddick. You can’t call this a terrible film, especially given Brolin’s magnetic and haunted lead performance, but it’s pretty damn close to a pointless one. Either you should see Park’s ultraviolent and intensely melodramatic original or you shouldn’t, and it’s definitely not for everybody. But this decaffeinated, attenuated American substitute feels like a movie for nobody.