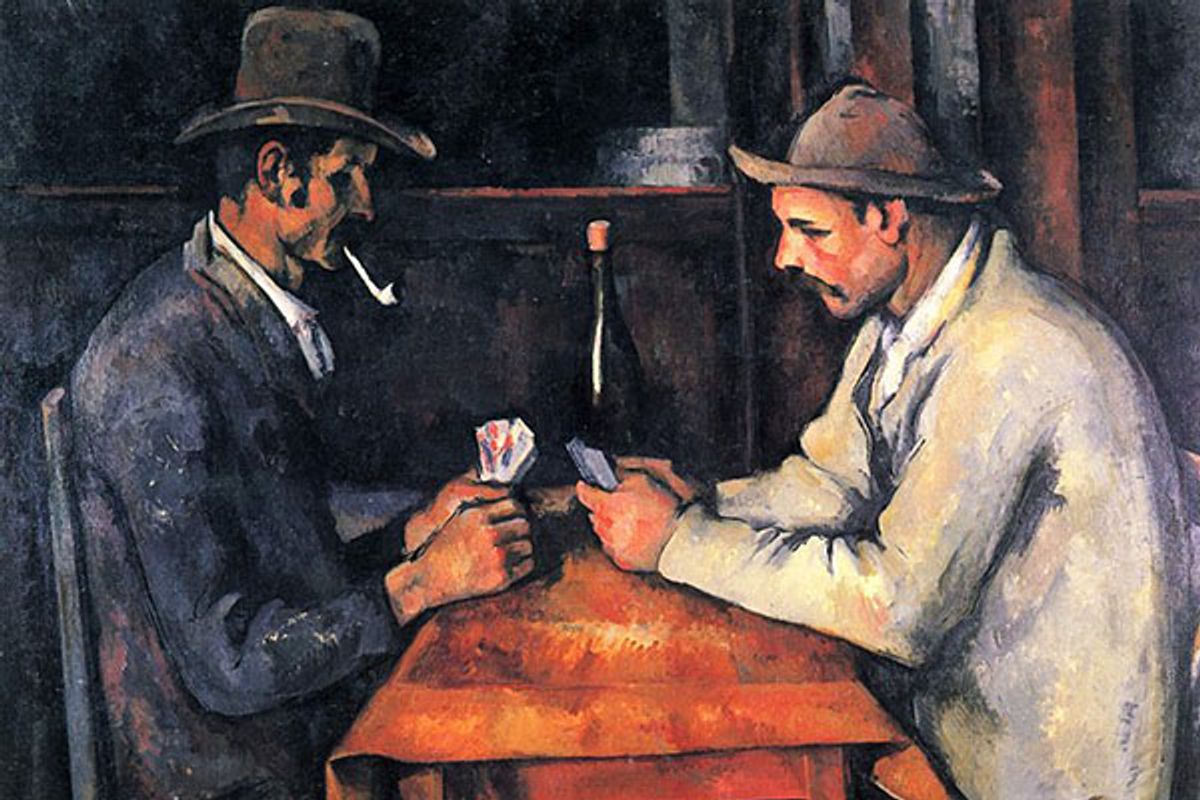 The question of when highly accomplished people reach their peak level of creativity has long fascinated researchers. Some make huge breakthroughs relatively early in life: think of Igor Stravinsky, who composed the groundbreaking ballet The Rite of Springat age 31.

Others go through an extensive period of trial and error before finding their unique voice. A 2011 study found modern-day physicists make their most innovative discoveries at age 48.

Economist P.H. Franses of the Erasmus School of Economics in the Netherlands examined the question from a different perspective, and came up with a fascinating result. In a newly published paper, he reports that painters create their most masterful works (at least as determined by the marketplace) “at the 0.618 fraction of their lives.”

If that number sounds familiar, it should. More on that in a moment.

Franses examined data on 221 famous painters of the 19th and 20th centuries, 189 of whom have died. He compared their total lifespans with the year they created what is today their most expensive work. “Of course, many other measurements (of peak creativity) are possible, but this seems the most objective one,” he writes in the Creativity Research Journal.

On average, the painters produced their most highly valued work when they were 41.92 years old; they had lived just under 62 percent of their total lives. Specifically, “the average fraction (of their life) is 0.6198,” he writes, calling that “quite striking.”

That’s because the famous Golden Ratio or Golden Mean—familiar to artists, mathematicians, and architects for millennia—is approximately 0.618. That’s the ratio you get when you divide a line into two parts, so that the longer part divided by the smaller part is equal to the whole length divided by the longer part.

This ratio has been noted in the arrangement of plant branches and veins in leaves, and has been used by many artists and architects in their designs. It has even been applied to financial market forecasting, and described as a key component of facial beauty.

Coincidence? Or further evidence of a fascinating pattern that keeps recurring in nature? Either way, this is an interesting new perspective on creative outlook, one worth pondering as you rank your favorite works by your favorite artists.