Joe Lieberman, who once promised he'd never become a lobbyist, becomes a lobbyist

The former Connecticut senator in 2012: "I'm not going to lobby" 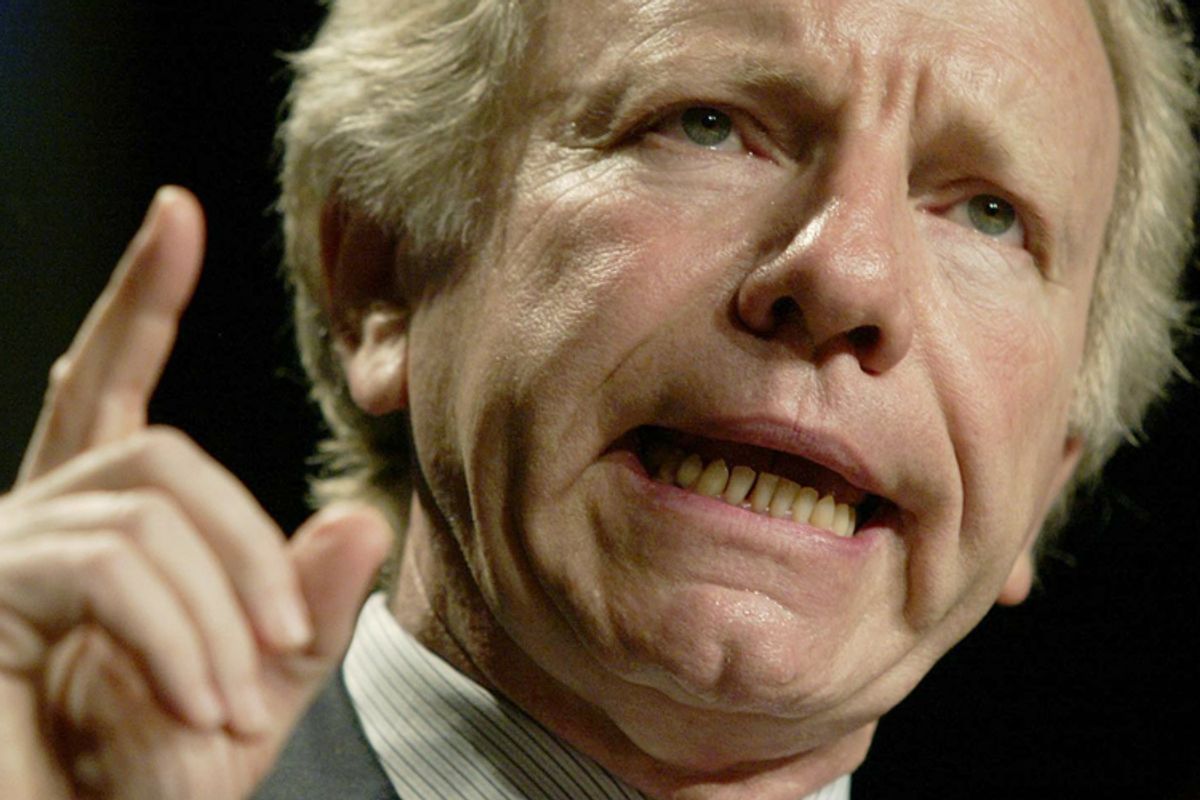 About a year ago, Joe Lieberman promised — twice — that he'd never become a lobbyist.

On Wednesday, Joe Lieberman registered to become a lobbyist.

According to a report from Politico, Lieberman registered to lobby on behalf of a Libyan politician. While the law holds that Lieberman cannot personally lobby lawmakers until 2015, there's nothing stopping Lieberman from providing strategic insight and consultation for those who are able to directly lobby.

What that means is that while Lieberman cannot personally call up lawmakers and advocate on behalf of his client, he can direct other lobbyists on whom to call and how to present their case. As MSNBC's Steve Benen put it, "Lieberman can’t say, 'Let me call the chairman of the committee for you and tell him about your work.' He can say, 'You should call the chairman of the committee and tell him I referred you.'"

More from Benen at MNSBC:

In case there are any doubts, in D.C., a “government relations” contract is a lobbying contract. When someone goes to a D.C. firm to hire professionals to tackle “government relations services,” including “meetings with members of Congress, executive branch officials and others,” they’re hiring lobbyists.

This is not to cast aspersions, of course. Lobbying is perfectly legal; there’s nothing untoward about the contract; and Lieberman is free to make a living as he sees fit. But let’s note the timeline of events:

Step 1: Lieberman boasts that he’ll never go into lobbying, as if he’s above such activities.

Step 2: Lieberman’s chief of staff creates a lobbying operation at a D.C. firm.

Step 3: Lieberman joins his chief of staff at the D.C. firm.

Step 4: Less than a year after leaving the Hill, Lieberman signs on to do “government relations” for a client who needs a lobbyist.