School lunches exposed: The good, the bad and the inedible 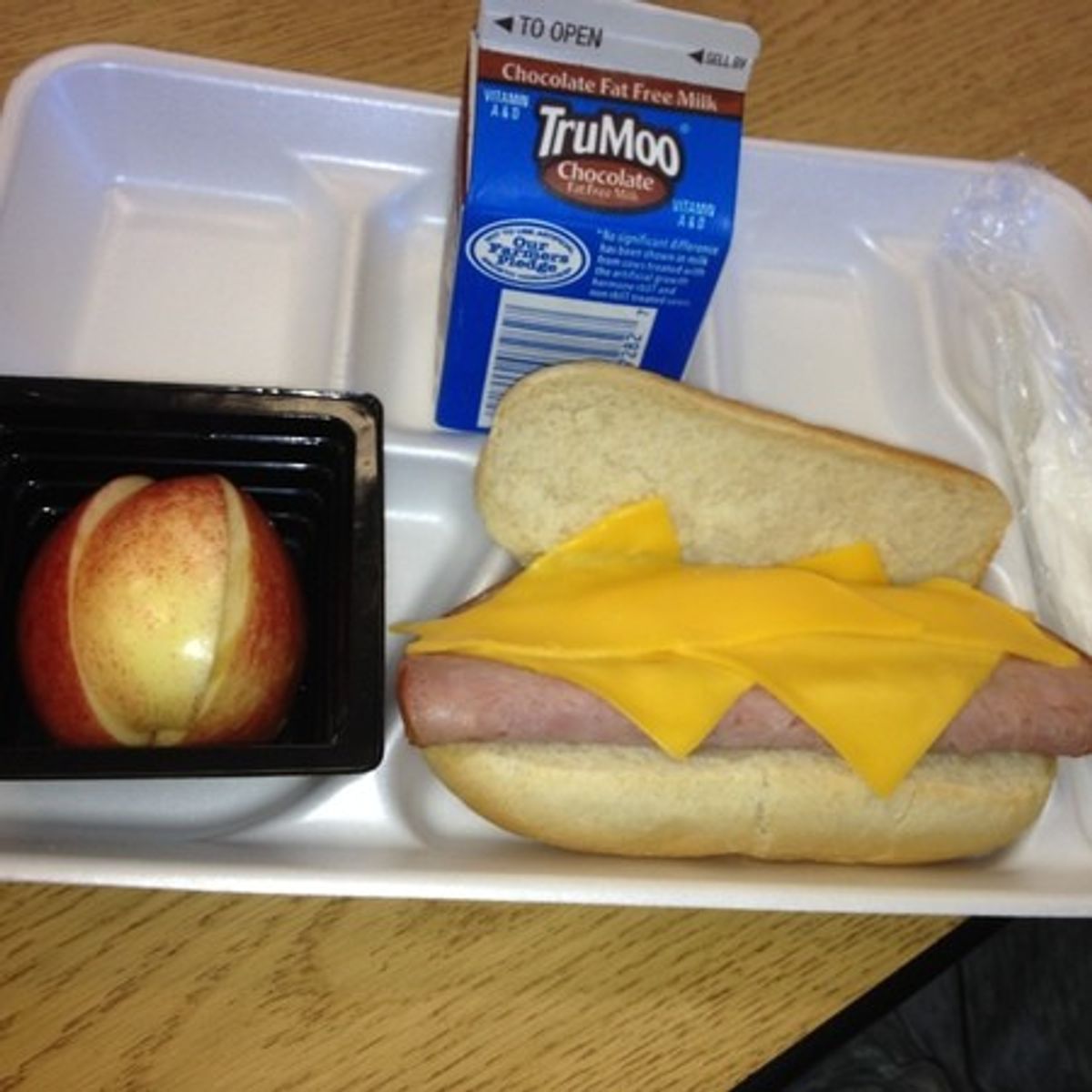 The USDA's school lunch reforms, released in January 2012, call for more fruits and veggies, a gradual switch over to whole grains and for all milk to be 1 percent or less. Not specified, but certainly implied, was that the food shouldn't make students gag.

Cafeterias have a long way to go.

Fed Up, a blog run through the nonprofit group Do Something, collected over 7,000 of students' school lunch photos over the past two months and had readers vote on whether they'd "eat it" or "toss it." Some submissions seemed satisfactory enough (and a few were downright appetizing), but a sizable bunch seemed perilously inedible -- not to mention far astray from the USDA's guidelines.

Farah Sheikh, who started the project, told Salon she was surprised by the sheer amount of pizza and carbohydrates that popped up in photographs, not to mention the abundance of styrofoam trays on which they're served. The worst offenders, with the most "toss it" votes, were found in Arkansas, New Hampshire, West Virginia, Alabama and Kansas.

This isn't just a case of kids being picky, Sheikh said. From the data she collected, it's clear that students aren't clamoring for even more pizza. In fact, she said, "we found that 91 percent of students who thought their lunch was very nutritious also reported being satisfied with what was on their plate." Of the students who reported being served unhealthy food, 71 percent said they were unsatisfied, and 58 percent said they threw out part or all of their lunches multiples times per week. Just 9 percent of students served nutritious lunches did the same.

The problem may be that the people in charge of planning menus are quick to assume otherwise. To that end, Fed Up put together a kit to help students advocate for better cafeteria options. "Its time for teens to be part of the conversation around what they're being served," Sheikh said.

Cafeteria food is never going to be gourmet fare. And according to Sheikh, plenty of the submissions appeared to at least be following the USDA guidelines. But the worst of them are truly missing the mark. Check out some of the most egregious offenders below (photos and meme-ified captions courtesy of DoSomething.org):