Thanksgiving is for sociopaths

I don't have anything against turkey. But I can't abide a holiday that denies its genocidal historical context 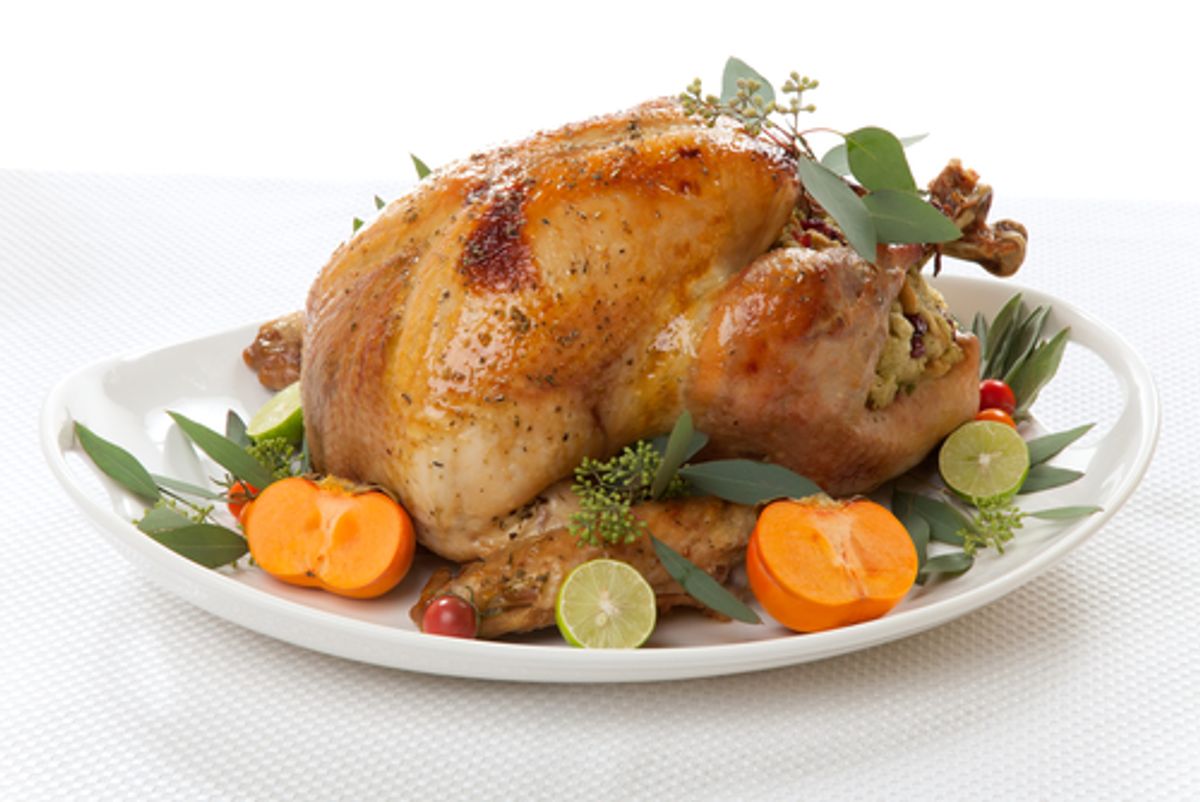 “Are you the guy who hates Thanksgiving?”

The man posing that question on my voicemail continued with a sharply critical comment about one of the essays I have written in recent years about the holocaust-denial that is at the heart of that U.S. holiday. My first reaction was not to argue but to amend: “I don’t hate Thanksgiving—I just think it’s appropriate to critique a celebration that obscures the reality of the European conquest of the Americas.”

That description is accurate, at one level—my rejection of Thanksgiving is more intellectual than emotional, a political decision to reject that distortion of history. Whatever the actual details of the 1621 celebration involving Pilgrims and Wampanoag Indians (and there is ongoing debate about various factual claims), Thanksgiving is one way the dominant culture minimizes or denies the larger historical context of Europeans’ genocidal campaign against indigenous people to acquire the land base of the United States. Without that genocide, there is no United States. For the victors’ descendants to take a day off to give thanks without acknowledging that seems, well, just a bit sociopathic.

I have taken several cracks at making this case, from several different angles:

And I continue to believe the argument is sound and that we should all take it seriously. Until we can tell the truth about our history, there is little hope for the future. But rather than restate that case, this year I’m thinking more about the questions raised by that one word, “hate.”

I recognize that my discomfort with Thanksgiving can’t be explained completely by a judgment based on an intellectual argument. I don’t hate Thanksgiving, in some irrational way, but it’s true that as an adult I have never really much enjoyed the holiday, even before I developed a clear political critique. Some of the sources of that discomfort are mundane: I’m a vegetarian who comes from a dysfunctional family, and I don’t care for football or shopping. So, a holiday identified with turkey and traveling home doesn’t have much to offer me. I get by just fine without the NFL, and the increasingly inescapable connection between Thanksgiving and the beginning of the pathological consumption cycle known as “Christmas shopping” makes me surly.

And, if those of us on different sides of the Thanksgiving divide can recognize the complexity of our reactions, can we consider whether there are any shared values before concentrating on disagreements? I feel alienated from the dominant culture on Thanksgiving, not because I dislike the idea of gathering with others to give thanks but because of both the larger political context (about which I recognize my critics and I disagree) and an increasingly numbed culture (about which my critics and I may find common concerns).

In other words: Don’t many of us feel just a bit uncomfortable with a holiday that is defined by obligatory family gatherings that often cover up unresolved strife and/or apathy; thoughtless overeating simply because so much food is available; spectacle sports that have become painfully close to Roman gladiator contests; and relentless consumption that often involves buying stuff that many people don’t really want and no one really needs? Of course not everyone in the United States has access to all these markers of affluence, but these Thanksgiving Day routines are more the norm than aberration.

These reflections are not confined to one day; we live in this corrosive culture 365 days a year. For me, much of what is considered “normal” in the United States isn’t very appealing. I think we eat too much cheap food, are spectators to too much cheap entertainment, and buy too much stuff (some of it cheap and some expensive, but all costly to the larger living world). And many people struggle with family dynamics that are stuck in unresolved pathologies which quietly coerce people into ignoring problems for the sake of family “harmony.”

I have long felt that at the heart of Thanksgiving is a denial of reality and an exercise in numbing ourselves, individually and as a culture. I am not claiming that everyone’s celebration of Thanksgiving is defined by these negatives; individual experiences vary widely, of course. But the alienation I’m describing is not hard to understand, and not limited to a few surly people on the margins.

And whatever one’s personal relationship to the holiday, the political question remains: Why is it “normal” in the United States to celebrate a holiday that is based on a profound distortion of history? That kind of inquiry should lead us to related questions.

I do not believe there are simple answers to those political questions but I’m pretty sure they are relevant questions, and I can’t imagine dealing honestly with the steadily mounting problems of social injustice and ecological unsustainability unless we face such questions. I’m also pretty sure that my personal reaction to Thanksgiving raises relevant questions about our family relationships and culture that also demand an honest accounting.

And I am absolutely certain that in both political and personal arenas, denial is an impediment to meaningful progress. If we can’t deal honestly with these problems, it’s unlikely that we will have much to give thanks for in the years to come.