What happened to Thanksgiving TV?

"The culture in which a Thanksgiving-themed episode could make a splash is dying. It might be dead already" 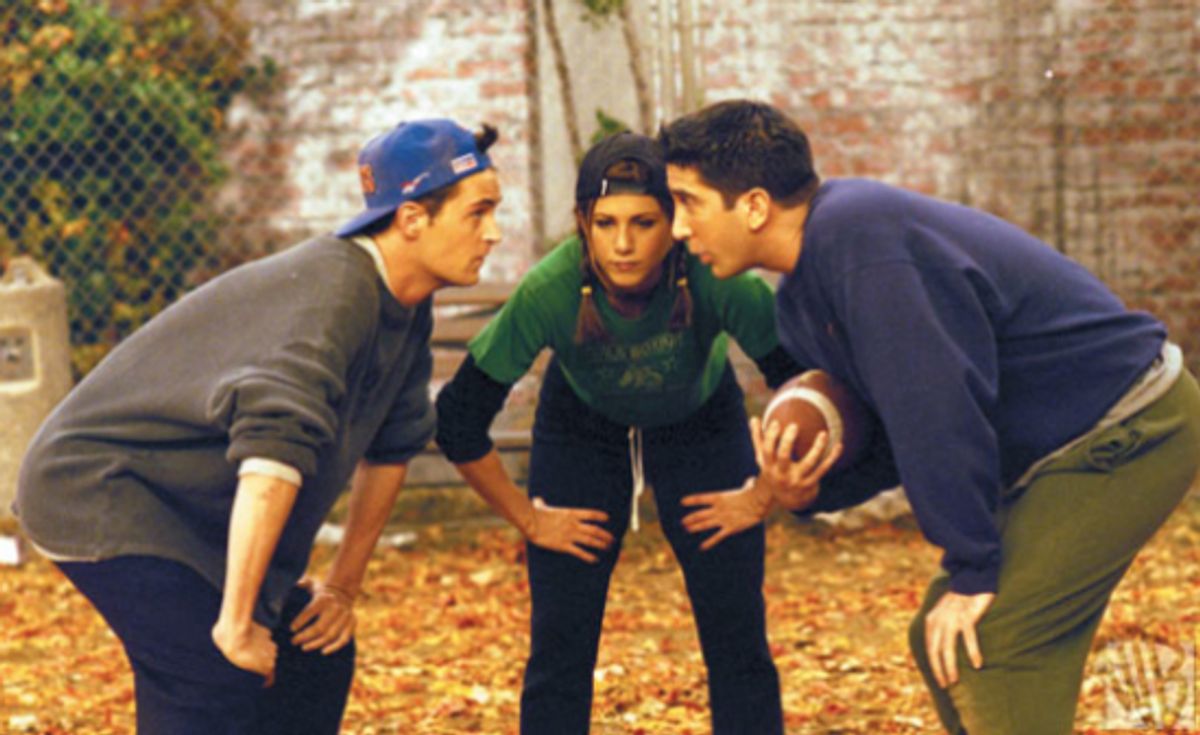 This is the time of year when critics, bloggers, and columnists trot out lists of the best Thanksgiving-themed TV episodes ever made. Lists like these are totally reliable from a content perspective: people like lists, people like TV, and people like reading lists about TV about current events. Seriously. Search for “best Thanksgiving episodes” and you’ll see what I mean. These lists are fun and enjoyable, and they almost always cover the same few things: Charlie Brown, Friends, a mix of classic and modern. The order might change and the opinions might vary, but the lists themselves are pretty static.

Part of this is just the way time works. Writing about Thanksgiving TV means being able to pick and choose from decades of programming, while every year only a few more episodes of scripted series are added to the pot. Something that’s had the edge for years, like “Turkeys Away” from WKRP in Cincinnati, is almost always going to trump a newcomer from the CW. It’s a slow accrual process. Plus there’s the fact that classics are rarely, if ever, born that way. Their reputation and acclaim grow with time, so a rundown of Thanksgiving stories is almost always going to include the same handful of episodes.

But there’s another reason: the culture in which something like a Thanksgiving-themed episode of a TV show could make a splash is dying. It might be dead already.

These episodes we always talk about are almost all drawn from eras when there were far fewer TV options, and when those episodes had to be watched live if you wanted to actually see them. No time-shifting, no downloading, no recaps, no overnight episodic reviews, no social sharing, no best-of clips ready for embedding the next day. No GIFs. None. Even the modern classics are representative of a singular focus and popularity that’s often impossible to achieve today. We were able to turn those episodes into classics and use them as pop culture talking points not just because they were good or entertaining, but because that’s pretty much all we had to watch.

For instance: Friends produced some fantastic Thanksgiving-themed episodes during its run, and they all smoke today’s competition in terms of popularity. “The One With the Football,” from season three, had 29.3 million viewers, earning a 19 rating and a 30 share. That was about par for the show, too. Even “The One Where Ross Got High,” from the sixth season, pulled in 19.2 million viewers (10.9 rating, 21 share). Numbers like that are an anomaly today. Unless you’re The Big Bang Theory, you’ll be lucky to pull in a fraction of that. New Girl, which has had some cute Thanksgiving stories, gets around 3 million viewers. Even a reality titan like The Voice only brings in 14 million or 15 million viewers at its peak. That’s a nice crowd, but small compared to what scripted series could draw just a few years ago.

With that fracturing of the landscape — both in terms of audience and distribution — comes a splintering of experience. It’s just not possible for scripted series, even popular ones airing episodes related to holidays, to have the kind of audience impact they used to have, and that means they’re necessarily going to be harder to assess in terms of being “classic” or influential or memorable. Instead, we get pockets of culture, as episodes and characters are prized by subgroups of viewers without breaking through in a broader way. Those episodes don’t have any less meaning for people just because the crowds watching them were smaller — off the top of my head, I’ve enjoyed the mishaps of the New Girl Thanksgiving episodes — but they are separate from the bigger body of pop culture in ways that other celebrated episodes never could be. Granted, not every show was a hit on the level of Friends, but that kind of success isn’t even an option now. You’d have to cancel everybody’s cable and hide their DVRs just to get that kind of singular focus for 22 minutes.

In other words, these lists of the best Thanksgiving episodes aren’t just familiar because they always cite the same series. They’re that way because they can’t be any other. The new classics will be yours and mine, but not ours.