I washed my clothes and Raided my furniture. But I soon realized that desperate times called for desperate measures 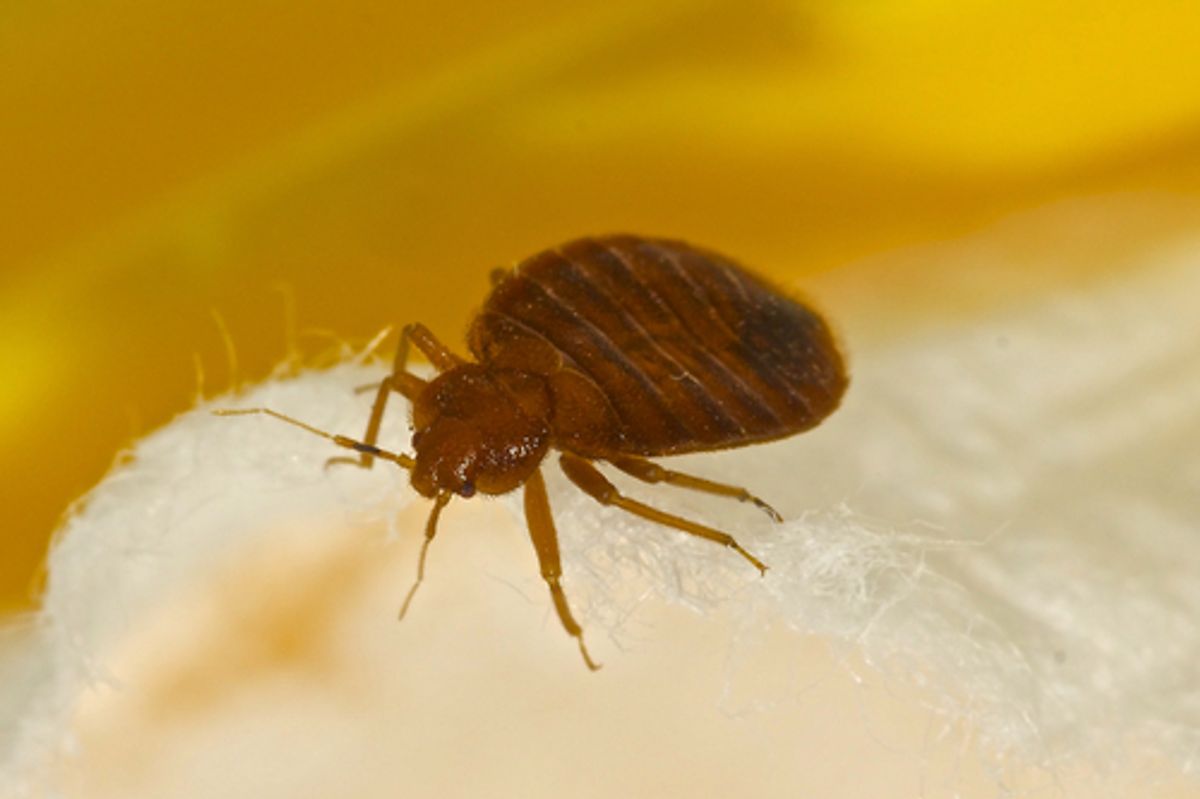 [Editor's note: Earlier this fall, Tyee Solutions Society put out a call for submissions asking residents to share stories of the renter life. The results exceeded expectations -- when people wrote about their home, they opened their hearts. The result is this occasional series of stories about life, from British Columbians who are living it as renters.]

Over that summer I drank Coronas on the balcony of our new apartment and watched the guys digging in the dumpster, their shopping carts stuffed with the building's discarded treasures -- old toys and clothes, broken CD players and vacuums. It was on one of those lazy afternoons that I noticed itchy bumps on my arms.

"Contact dermatitis," the doctor said, an explanation I accepted until I got home and looked it up. An irritation to the skin, but from what? Why didn't he ask about allergies or plants? New foods? Skin products?

I applied the prescription cream. I stayed away from suspicious plants. I didn't eat anything unusual. The bumps went away and new ones appeared.

My girlfriend Amy didn't have any. I scratched. I got a more expensive cream. I watched what I ate, changed laundry detergent, took more showers and used different soaps. I stopped sunbathing and drinking Coronas. I got more bumps. I went back to drinking Coronas.

I did more research. I read and looked at pictures and grew more and more horrified, and then I went and lifted up my mattress.

I stripped the bedding, wrestled the top mattress off. I took a flashlight and shone it into the coils of the box spring.

And there I saw them.

The common bedbug is a brown, oval shaped insect the size of an apple seed. They are elusive, transient, and completely nocturnal. They suck your blood and then squeeze themselves into dark crevasses to mate. Holy hell -- a vampire sex bug.

It was six months before I realized the problem, but when I knew what to look for, I saw it. Blood smears on the sheets, tiny dark feces in the corners, discarded shells, miniscule baby nymphs crawling around.

There is nothing more horrifying than being attacked in your bed while you sleep. I had heard of bedbugs of course, but I had no idea it was an epidemic in Vancouver.

There's also International Bedbug Registry, and damned if someone hadn't just listed our building on it.

'We are unaware of such a problem'

I called the building manager and calmly explained the situation.

"We are unaware of such a problem," I was told. "Please call the head office."

I called the head office and angrily explained the situation.

"We are unaware of such a problem," I was told. "Please call the building manager."

I called an exterminator. $1,500 to spray a two-room apartment. Every unit in a building needs to be treated, the exterminator said, and every item of clothing and linen has to be washed.

So if one person in the whole building does not wash all their clothes, the bugs can survive.

The insecticide they use is a neurotoxin that is extremely harmful to cats, and it has to be sprayed twice as it does not kill the eggs. A mattress is sprayed then wrapped in an impermeable bedbug bite-proof plastic encasement, and the seams sealed shut with tape.

What? A chemical that kills cats but is not harmful to humans? How can that be? Spray the bed and then sleep on a toxic chemical dump? And what kind of monster egg cannot be killed by poison? I couldn't believe it.

"Open the balcony door!" I yelled. In a fit of rage, Amy and I heaved our mattresses right over the balcony. We destroyed the bed frame, took a hammer to the headboard, kicked the base apart. We flung the pieces over the railing too.

I put a blow-up bed in the living room, surrounded it in packing tape, sticky side up, to catch any bugs crawling towards us in the night, woke up at four every morning to strip the bedding, vacuumed the floor like a fiend.

I took every piece of clothing to the laundromat, purchased plastic bins to put it all back into, RAIDed the furniture. I wore armour to bed: long-sleeved shirts, gloves, pyjama pants tucked into socks.

I still got bites; Amy got none.

Our mattresses remained below the balcony for a week. Then I noticed they had been moved to the side of the dumpsters. I counted -- a pile of nine mattresses crawling with little bugs. One even had a big red X sprayed on it.

And "we are unaware of such a problem."

I put another call into head office.

"We are aware that there might be a slight problem and are considering options for control," I was told.

A month later they were still considering options. Management gave out a pamphlet, though. WHAT TO DO ABOUT BEDBUGS, it read. Vacuum your carpets, wash your bedding, remove infested mattresses and furniture.

I had my own thought -- WHAT TO DO ABOUT BEDBUGS: Use this pamphlet as kindling to incinerate the whole infested building.

We could wait no more. We leased a basement suite and threw everything into boxes and garbage bags, spraying them down with RAID. Just before the truck fled the premises, I took my sharpie and next to the word OCCUPIED by our apartment number, I wrote BY BEDBUGS.