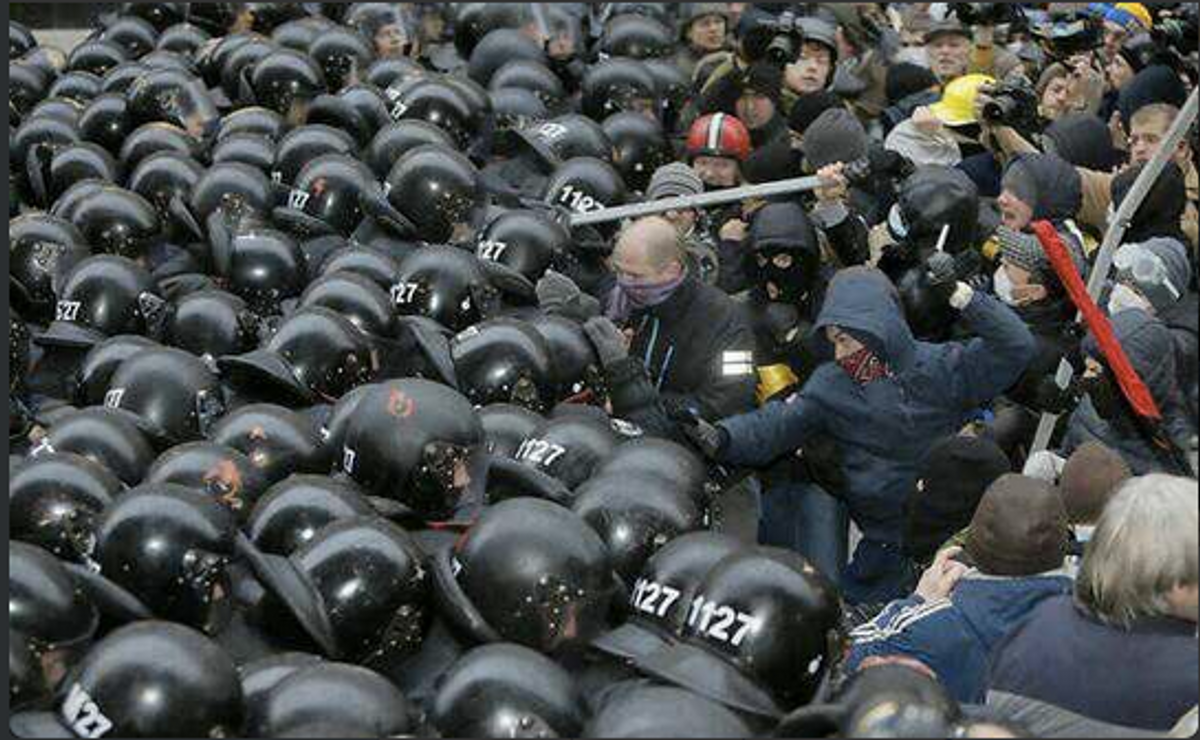 Video taken Sunday from Kiev shows how battalions of riot police aggressively attempting to disperse the some 300,000 protesters who took hold of parts of the city, besieging major government buildings, calling for the ouster President Viktor Yanukovych. What began as a pro-E.U. protest following the president's renege on a deal with the E.U. in favor of unpopular Russian trade ties swiftly took on the power and fury of a popular insurrection. Police were unable to dislodge the protests, who maintain control of parts of the capital city and have set up a "revolutionary headquarters."

In a particularly dramatic moment, protesters fended off riot police lines with a mechanical digger.

This footage gives a sense of violent police tactics and vast crowd sizes:

Similarly, this video highlights the intensity of the clashes: