How I found my voice as a feminist of color

When a girl's pageant crown was rescinded because of her skin color, I finally said what I needed to say 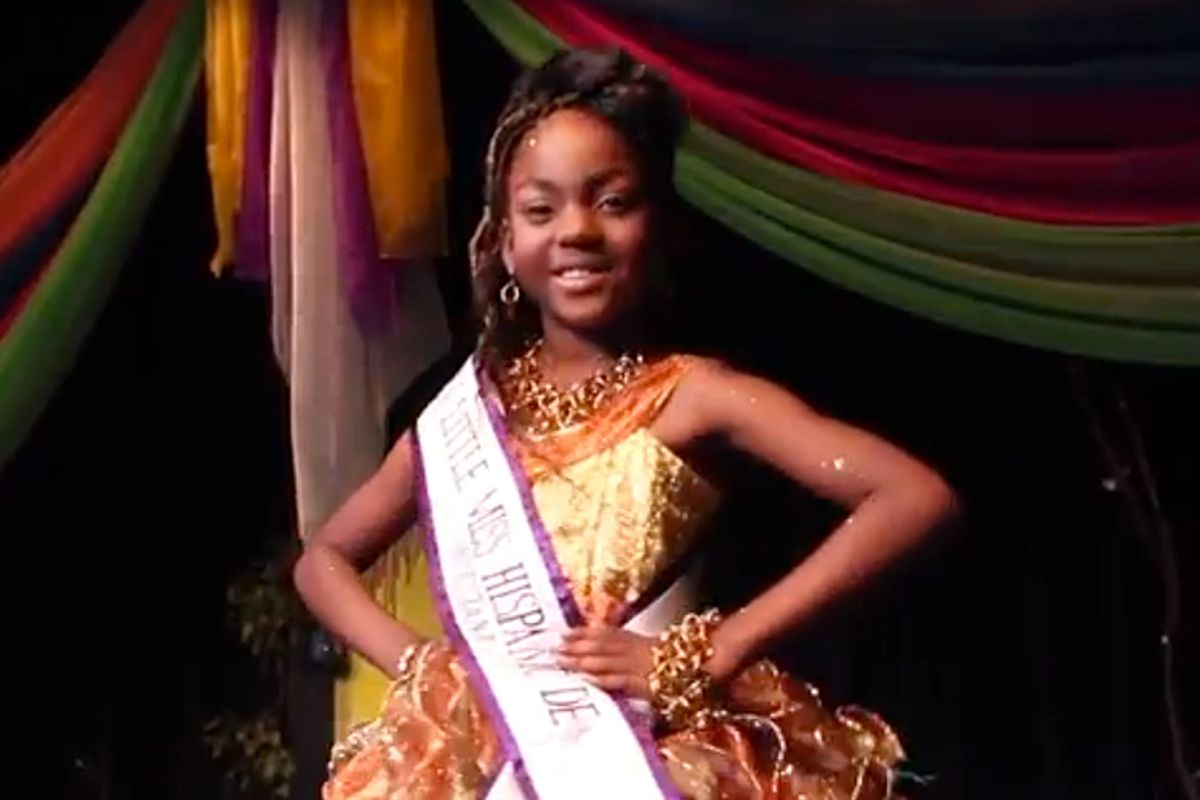 In the summer of 2006, I lost my words. I’d been working as a paramedic for a few years and death wasn’t an aberration to me anymore. That was the year Imette St. Guillen was kidnapped, raped and murdered; her body dumped in an East New York backstreet. The same year, two young men were on trial for kidnapping Romona Moore while she was on her way home; they had tortured her for days before killing her. Moore's mother said that when she tried to file a report with the 67th Precinct, the responding officers said Romona was probably off with a boyfriend and she’d show up soon.

The papers were full of Imette, a light-skinned Latina read as white by the media. Each detail of her disappearance and discovery and the ensuing manhunt were splashed across the headlines in frantic capitals.  We didn’t hear anything about Romona, who was black, unless we dug deep into the local sections, and even then it was only a paragraph or two.  I wasn’t surprised: I’d already learned not to bother checking to see if any of my patients had made it to the dailies. Black deaths don’t sell papers.

We found a body that summer, all wrapped in trash bags. She was a few blocks from where they’d discovered Imette. Never found out her name but she was young and black and female and that’s about all you could tell, the decay was so bad. These are deaths of double disappearance: The first when they are kidnapped, the second when the media erases them. Then they are filed away, lost.

I wanted to write about it. The details of each case hovered around me, kept me up and troubled my quiet moments. I had I don’t know how many half-written essay shards on my desktop. I had a quote from a Daily News reporter I’d interviewed saying that of course the paper placed a higher value on white women’s deaths than black ones. I had the analysis clear in my head.

The words would not come.

What I wanted to say, what was burning the tips of my fingers but not making it onto the page, was that once again white supremacy was using the body of a black woman to tell us which lives matter, the politics of exclusion played out across police reports and front pages. Part of me didn’t know how to write it because, even now, it seems almost too obvious to bother saying. It feels like repeating myself to point it out, but then it happens again, and then it happens again.

I was immersed in the gender violence prevention world back then: a stifling, corporate environment of almost entirely white women that had no room for conversations about white supremacy or privilege. Bruised, sometimes sexualized black and brown bodies appeared on the city’s domestic violence helpline ads all over New York, but there was no time to talk about intersectionality or representation. There were forms to fill out, numbers to accrue, important meetings. Deconstructing the collaboration of media, the criminal justice system and social services in the destruction of black girls and women was not on the agenda. Maybe next year.

This is the failure of mainstream, white feminism to value black lives. So we are not surprised when white feminist voices aren’t raised to condemn the Onion for calling a black child a cunt or to speak out about the imprisonment of Marissa Alexander or the murder of Renisha McBride.

In September, officials at the Little Miss Hispanic Delaware pageant stripped the winning 7-year-old, Jakiyah McKoy, of her crown after complaints that she didn’t “represent Latino beauty.” The child is black, the new Little Miss Delaware is not. As the blogger who broke the story, Dash Harris, points out, we aren’t surprised.

The organization running the pageant, tragically called Nuestras Raices (Our Roots), demanded proof of Jakiyah’s Latino identity. And because her Dominican grandmother had died and was one of the 11.7 million undocumented immigrants in this country, they took Jakiyah’s crown.

The story swam across my Twitter feed that Wednesday. I started an online petition. A few of us reached out to some smallish news organizations and tweeted it out en masse. In a couple of days the AP picked it up and the story went national. By Saturday 1,700 people had signed. The guy from CNN sounded urgent on the phone. When I told him the family wasn’t interested in talking to the media he said people often sing a different tune when CNN comes calling. I thought of all the crap I’d tweeted about CNN and all the crappy ways CNN has treated people of color in the past couple of years. I shrugged. “We could really make a change," he said. "This story’s about to go global!”

This is the age of the virus. A petition that I set up in 10 minutes exploded across the nation, whetted the scoop-hungry appetites of news organizations that won’t look twice at the hard ongoing organizing work of BYP 100 and the Dream Defenders. It’s so easy for us to wrap our heads around these singular incidents at the cost of a more nuanced, historical approach. As organizers, we jump from one tragedy to the next; meanwhile, gentrification, that gradual sweeping displacement, has communities scattered and broken, our hearts and souls and self-identities get uprooted in the racial mess of mass media. Who can keep up?

After the petition got huge, debates about what is and isn’t a Latino broke out across my timeline like deeply confused wildfires. Jakiyah isn’t Latino if she doesn’t speak Spanish. She’s not Latino if the quarter Dominican is on her dad’s side. She’s not Latino because it’s an ethnicity not a race. No, it’s a race not an ethnicity. It’s neither. Both! Listen: Until we Latinos figure out how to get our shit together and make it otherwise, Latino identity will always be subject to what white supremacy needs it to be to keep the status quo. Period. It’s like arguing in Dothraki.

What happened at the Delaware beauty pageant is just another painful reminder of that. Once again, someone has drawn the battle lines of identity across the body of a black girl. What we cannot do is keep being silent, keep being confused, keep sitting quietly while this happens again and again and again. For me, learning how to speak up began with learning how to listen, first to the voices of my own family members, then the great truth-tellers of history, fellow organizers and the important conversations happening on sites like hoodfeminism.com.

People have been asking: Do you think Nuestras Raices will give her the crown back? I don’t. But I don’t predicate victory on the actions of people who have already proven themselves to be incompetent racists. A petition is a collective outcry, a show of support. Victory is nearly 50,000 people adding their names to support Jakiyah, who will receive an honorary crown this spring at the Temple University Miss Caribbean Queen Pageant. Victory is a national conversation about race and identity and the systematic erasure of black women. Victory is finding the words to say things I didn’t know how to say seven years ago.