Invasion of the pine beetles: The ecological disaster that New Jersey's allowing to happen 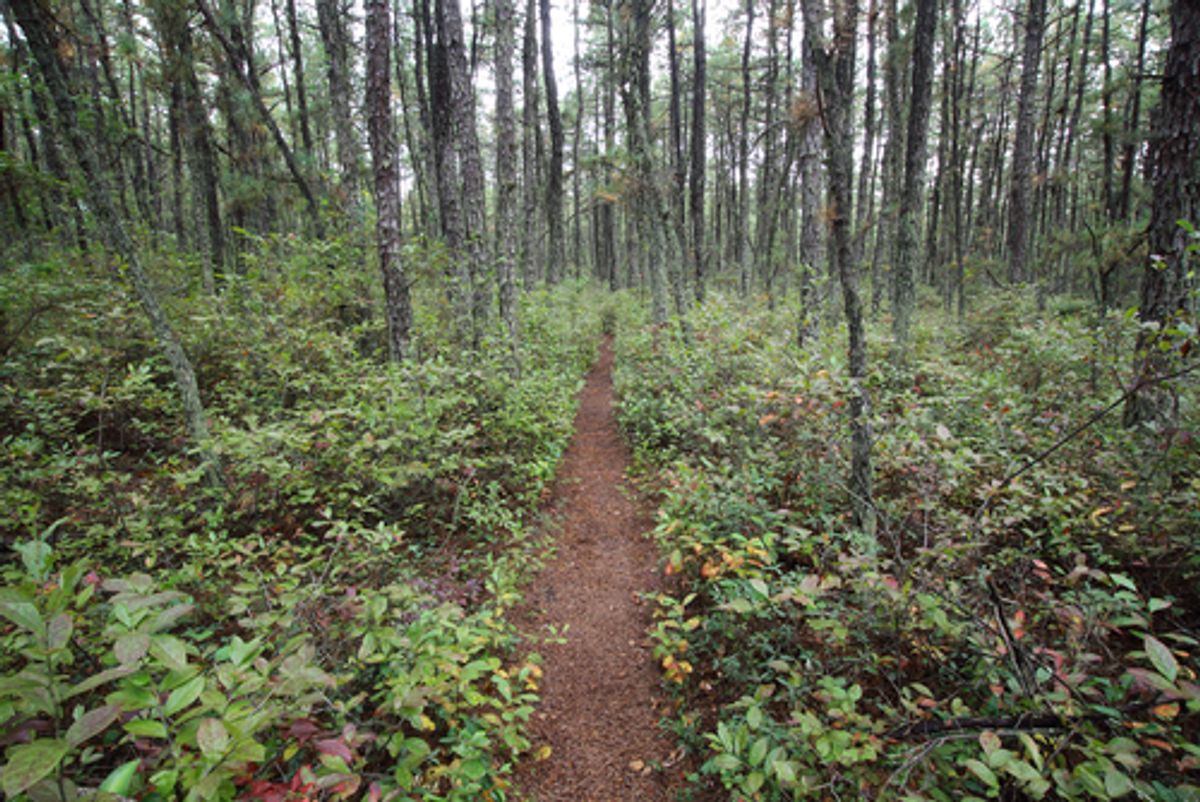 The New York Times is sounding the alarm about New Jersey's pine beetle infestation, a little-noted but potentially disastrous threat to its forests that's almost certainly been caused by global warming. The insects have already destroyed tens of thousands of acres of pine forest in the state, and are expected to soon make their way north to Long Island and Cape Cod.

The best solution, according to a number of experts, would be to cut down some trees to allow the rest to thrive, but the counterintuitive-sounding tactic is having difficulty gaining approval among a public that has barely noticed there's a problem. There was an attempt to pass legislation permitting the state to pursue more aggressive tree-cutting, which was met by environmentalists with a provision that would require approval from an outside body, which was then vetoed by Gov. Chris Christie, who said he refused to allow the state to “abdicate its responsibility to serve as the state’s environmental steward to a named third party.”

The state says it's working on a new, comprehensive plan, but for now isn't doing much more than treating outbreaks as they occur. The beetles, meanwhile, are continuing to overtake the Pine Barrens. More from the Times:

New Jersey has warmed by about 2.3 degrees Fahrenheit over the past century, but that average obscures the change that really matters.

Winter nights of about 8 degrees below zero are needed to kill most beetles. The New Jersey climatologist’s office calculates that such bitter nights used to happen several times per decade in the state. But the last night that cold in the Pinelands was in 1996, and the beetle outbreak was first noticed five years later.

Dr. Ayres, one of the nation’s top beetle experts, has studied New Jersey closely for several years and has published research saying the rising temperatures have made the invasion possible. “I think the scientific inference is about as good as it gets,” Dr. Ayres said. “This is a big deal, and it’s going to forever change the way forests have to be managed in New Jersey.” The region of southern New Jersey once called the Pine Barrens — a term that has fallen out of favor — is the largest remnant of a once-vast coastal pine ecosystem stretching along much of the Atlantic Seaboard. It is partially protected by state and federal law, with about 300,000 acres owned by the public.

...Dr. Ayres said that if climatic warming continues, nothing would stop them from eventually heading up the coast. That means forest management is likely to become critical in many places where it has been neglected for decades.