T Bone Burnett on "Inside Llewyn Davis": "The film, truly and seriously, is the story of my life"

The veteran producer talks to Salon about the Coen brothers, his own career arc and the most perfect record ever 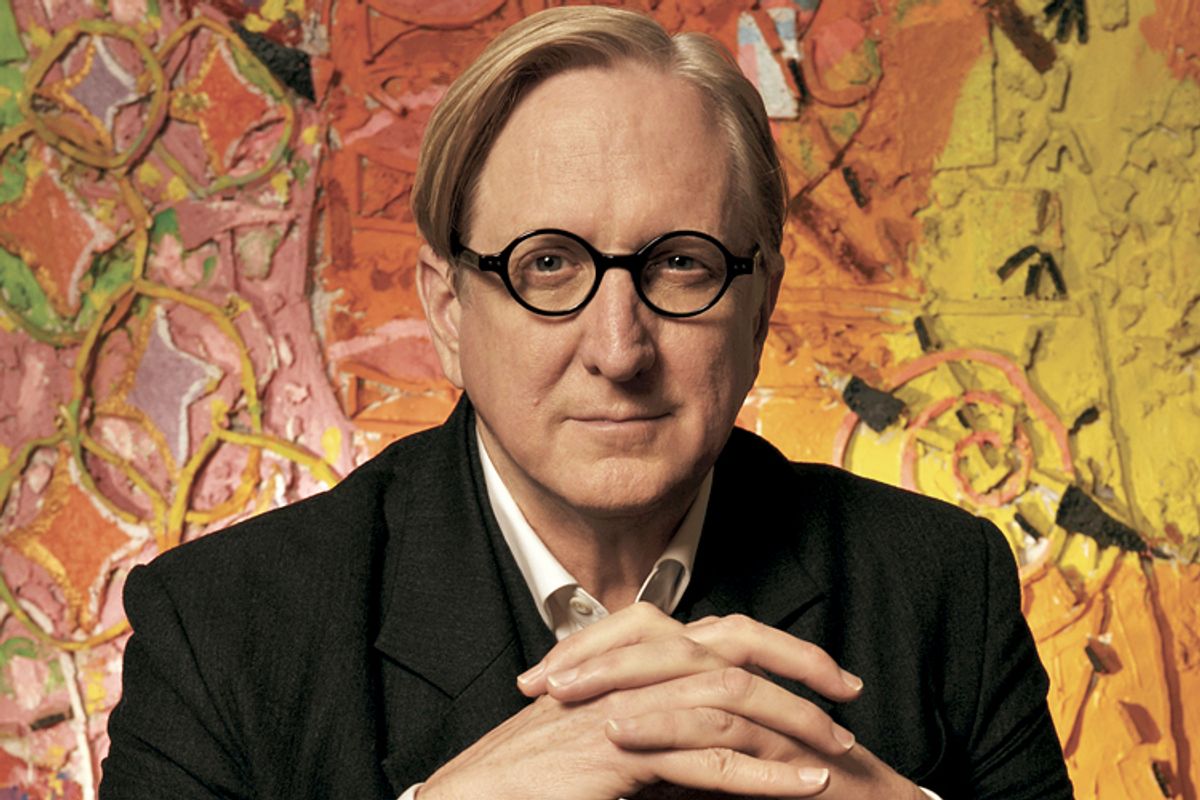 The Golden Hour strikes as I’m escorted into T Bone Burnett’s suite at the Four Seasons Beverly Hills. The last rays of sunlight pierce the spacious room. There’s no artificial lighting, save for a lone bulb burning brightly in the corner. T Bone emerges clad in traditional black suit, white shirt and black tie. He looks like the hippest mortician you’ll ever meet. He’s been doing interviews all day, and with the sun setting, I’m clearly one of the last. His gentle eyes (usually hidden behind trademark dark sunglasses) and invigorating, smoky laugh make me feel unique, that I’m not the last in a long cattle call.

“Inside Llewyn Davis” tells the story of the titular, prideful folk singer, played with restrained bitterness by Oscar Isaac, navigating the changing landscape of 1961 Greenwich Village. Written and directed by Academy Award winners Joel and Ethan Coen, the film marks the fourth collaboration between T Bone Burnett, Joel Coen and Ethan Coen who produced the soundtrack, with Marcus Mumford as associate producer. The album includes 12 new recordings made especially for the film and soundtrack plus an existing recording by Dave Van Ronk, an oft-overlooked folk figure on which Llewyn is loosely based. Burnett and I spoke of unsung heroes, collaborating with the Coen brothers, and the one album that comes close to perfection.

What’s the lifespan of “Llewyn Davis”? When did the Coens first approach you with the material?

Was there any improv?

We were adding songs to the script during the process, but once the script is written, those guys write so tight that when you have the Coen brothers spending months or years writing a script for you, why would you improvise something? If some great inspiration came up I’m sure no one would stop you, but c’mon. [Laughs] Generally speaking, we were all happy to have this brilliant script to work from.

So the Coens are very musically inclined? I’ve never fully understood the input they have into song structure and creation.

I would say on all of the things we’ve done, the music is a very equal three-way collaboration. I get a lot of credit because I’m the musician in the group. Certainly, I’m the one who knows how to pull it off, as they don’t know the technical part of pulling it off because they haven’t practiced. I don’t know the technical part of pulling a film off. They know what’s good. The fun part is the “dreaming it up” part. “What song grows out of this character?” At the end of the day, all the songs grow out of the characters.

Greenwich Village 1961. Is your brain a mental jukebox?

Yeah, it kinda is.

Were there specific records that you revisited?

I revisited a lot of stuff. I’ve learned a lot more since we’ve finished the movie because I’ve had more time to actually research. I’ve been doing this for 50 years. I’ve had a 50-year-long ear-training course in American culture. [Laughs]

Were you a fan of Dave Van Ronk and “The Mayor of Macdougal Street” prior to filming?

Not really. I’d heard Van Ronk when I was younger, but he’d never gotten me. I was a Southerner, growing up in Texas, so I was listening to a lot of Jimmy Reed and that sort of thing. A lot of R&B and blues. I was in a group of friends that played a lot of Appalachian mountain music, some Carter Family, Stanley Brothers, Jim and Jesse and that stuff. But Van Ronk never resonated with me. Now I love and understand it better. Dylan is a person who was able to go forward and backward at the same time. That’s what this film is about. To me, it’s about the reality that we have to go backward and forward at once. We can’t just go forward and we can’t just go backward.

Do you mean in terms of placating an audience? Balancing being true to yourself and not selling out?

I don’t think that comes into play anymore. I think that’s a 20th century dilemma. I think that’s the dilemma of the century of the self. I think we’re moving beyond the century of the self. I think the dilemma is that we can move into this future so rapidly that we can leave the past completely behind, but would be impoverished by it. We could move into the matrix if we wanted to. If we’re not moving backward at the same time and keeping that in check, I don’t think we’ll make it out of this century. That’s my view. I’m interested in the people like Bob Dylan, and the Coens, who are able to go backward and forward at once. This is about understanding where we come from so we can end up in a better place.

How do you view the character Llewyn Davis? Is he as asshole? A tragic hero?

Man, I hate putting it that way. [Laughs] I see him as an ordinary man. To me, he is the quintessential Coen character. They revealed more of themselves in this film then they ever have. But remember “Barton Fink”? Fink wants to write the song to the common man. The dignity of the common man. All men are created equal. That’s how I think of Llewyn. I think of Elvis Presley and Howlin’ Wolf as the common man. If you look at the beginnings of rock 'n' roll, Elvis Presley, Carl Perkins, Roy Orbison, Jerry Lee Lewis, those four guys, along with Sam Phillips, didn’t have a college education among them. Those four kids, all in their late teens and early 20s, got together in a room and changed the entire world and history for all time. That’s the United States. I think Llewyn is a representative of me, you, the Coens, and everyone who grew up and was told they could have a voice.

The folk scene of 1961 was obviously a seminal time for music. What musical time period resonates strongest for you?

The 1930s for me. Everything that I love and care about was blazing in the ‘30s. Louis Armstrong, Duke Ellington, Billie Holliday, Skip James. It was that time when the American recording industry started recording poor people. There was this great wealth of that music from that time. When they started going down and recording people where they didn’t have electricity, that’s when it really started in earnest.

The film feels like a requiem and a farewell. Llewyn just missed it. Is it a sad film for you to watch?

The film, truly and seriously, is the story of my life. I’ve lived that arc at least three times. I now have no problem with it at this point. I can surf all that better. It feels a little elegiac, and as Leonard Cohen said, “Everybody knows that naked men and women are just a shining artifact of the past.” There’s a little of that elegy in there.

Is there a perfect record?

No. Perfection is a second-rate idea. [Laughs] If there were, who would know it? Nobody’s perfect enough to know it.

I would say the closest of all is a record called “In the Wee Small Hours of the Morning” by Frank Sinatra. It was recorded at Capital Studios in Hollywood, live with a beautiful orchestra. It’s the most beautiful recording. If you don’t have a record player you should get one. It’s such a different experience, the difference between television and a movie theater. It’s a much more immersive experience.

At this point in your career, are awards in your consciousness?

Here’s the thing. I don’t think about getting awards. I don’t keep my awards out. I’ve gotten some beautiful awards, but I don’t keep them out because I don’t want to think about getting them. After all these years of working, I am very grateful. When you’re a member of a Guild or a group, by hook or crook or whatever means they decide to point out your work as distinguished for some reason, it’s moving. There’s no way around it. It’s moving. These actresses get up there and cry and everybody makes fun of them, but I understand it. We all put so much love and so much of ourselves into these things. We face cynical people who would rather plug in 20 dim bulbs then one bright bulb.