The National Zoo's panda cub finally has a name

It's a really cute one, too 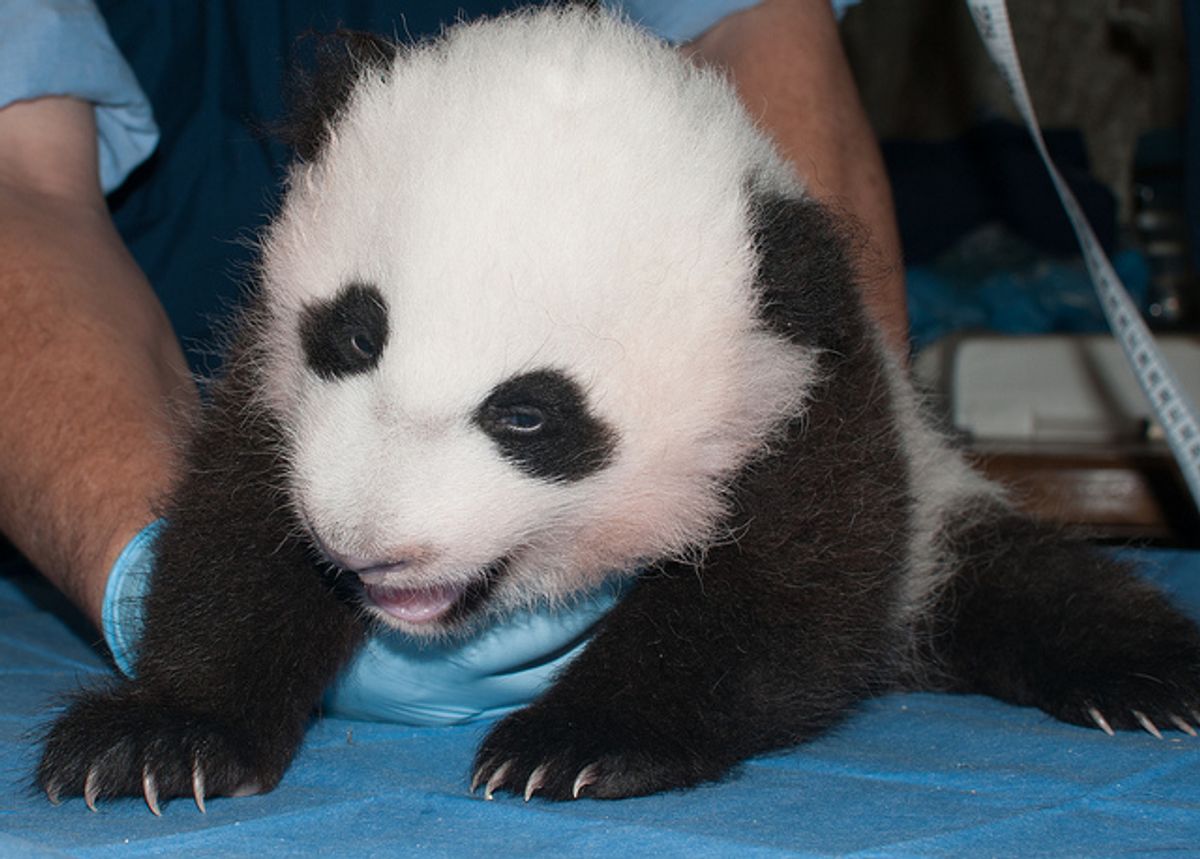 The National Zoo's giant panda cub (per the Washington Post, "the world’s most adorable captive animal") officially made it through her first 100 days of life Sunday. As a reward, she gets her very own name: Bao Bao.

Over 123,000 people voted online for the name, the zoo reports, choosing it above four others, including "Mulan." Adorable on its own (just try saying it aloud: “bough BOUGH”), it's also, fittingly, the Mandarin word for "precious" or "treasure."

“Ni hao! And hello,” Michelle Obama said. She stressed the panda caretaking and research partnership between China and the United States, without noting that traditional diplomatic activities remain tense. “So today, we’re thrilled to welcome this little cub — a cub who exemplifies both the common bond between our nations and the brighter future of this magnificent species. That’s a lot for a little bear, but I think she’s up to it.”

“Many people love baby pandas as they love their own children,” she said in her native language, according to a transcript, adding, “As ‘living fossils’ that are rare, cuddly, smart and brave, they have captured the heart of the Chinese, Americans, and indeed people all over the world.”

As always, Bao Bao and her mother, Mei Xiang, can be found hanging out on PandaCam. She's expected to make her live public debut in early 2014.