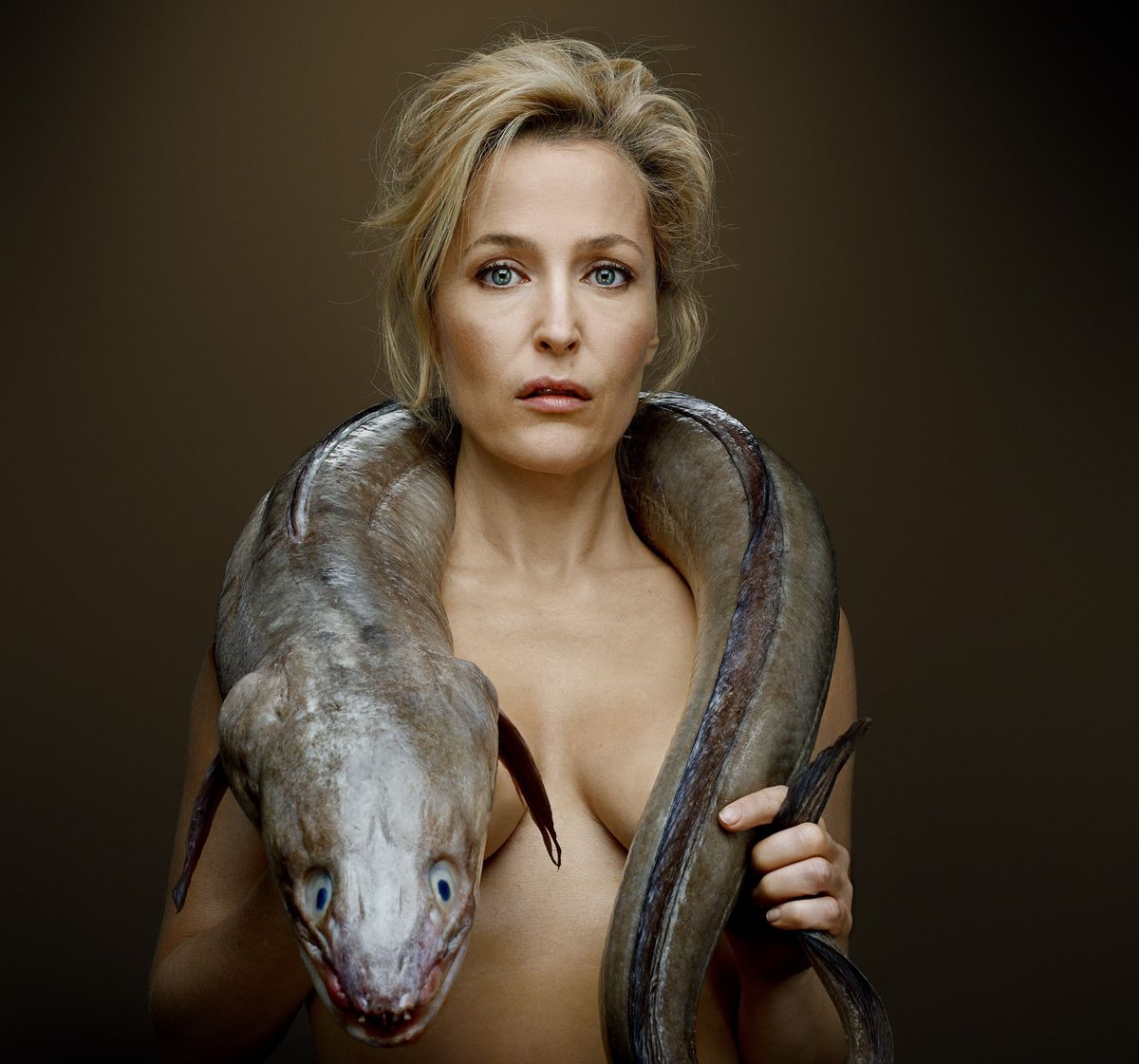 Another day, another semi-nude celebrity photo shoot. But in this case, the stars in question are calling attention not to themselves (well, not entirely to themselves), but to overfishing.

One of Europe's most bizarre celebrity causes, FishLove was cofounded by Nicholas Röhl and actress Greta Scacchi. For its third annual shoot, it paired photographer Denis Rouch with X-Files star Gillian Anderson, actress Olivia Williams and other European stars, all draped in different varieties of fish. (That's a conger eel protecting Scully's modesty, in case you were wondering.)

This year's campaign coincides with an upcoming vote in the European Parliament to ban the practice of deep sea trawling, a fishing practice that destroys the sea floor and produces a large amount of bycatch. The French government is currently blocking the legislation from passing -- hence the large number of French celebrities who appear in the photos.

"Fishing interests, especially in France, are trying to sabotage a plan to ban the most destructive types of fishing in the Northeast Atlantic and members of the European Parliament say they need public support behind them in order to fight back," reads a petition being circulated with the campaign. "If we join together now we can make sure this fragile ecosystem gets the rescue plan it needs."

The photos, while a bit disturbing, are also strangely beautiful. Be sure to sign the petition, then check them out below: