Want to live like Iron Man? It'll cost you

Tony Stark makes being a billionaire superhero look easy, but it's not that simple. Just try keeping up his mansion 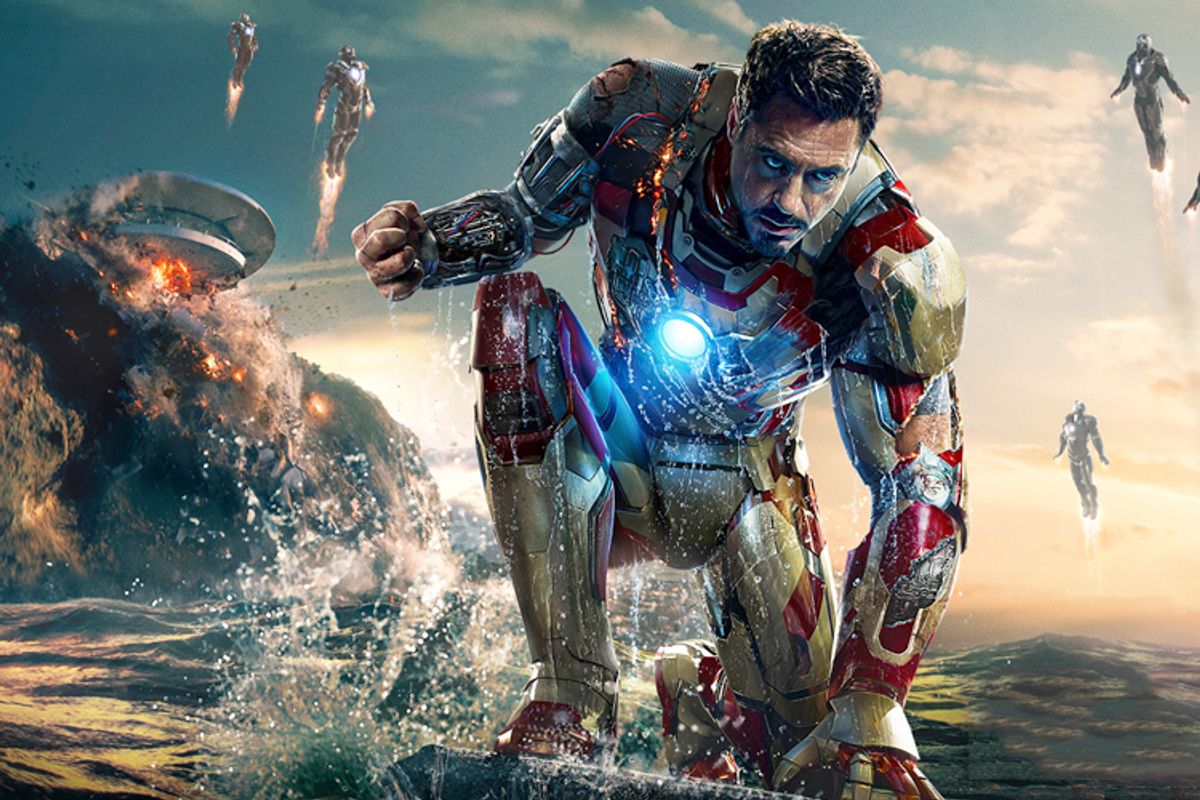 Back in May, the Movoto Real Estate Blog donned our shiniest red and gold attire and dared to put a sticker price on the home of Tony Stark, aka Iron Man. At the time, we valued his palatial pad in Malibu, CA at a cool $117.2 million—but that was only for the luxury of owning this fictitious cliff-top property.

After re-watching “Iron Man 3” recently, I was reminded of just how incredible his mansion is and how amazing it would be to live like Stark does. Then it hit me: As astronomically pricey as it is, simply buying his home wouldn’t be the end of the expenses involved in living like Iron Man. No, there’d be all sorts of expenditures involved on a monthly and yearly basis, from property taxes to the water in his pool.

So, being the nerd I am, I decided to figure out how much it would cost to live in Stark’s mansion for a year—or at least as close as I could get. I’d run the numbers on his utilities, mortgage, and house care… basically any cost I could think of apart from food and drink.

What I found was certainly super—super expensive.

If you’d like to see how I did it, I’ll go into the major expenses and what they came out to below. Of course, there are some things money can’t buy. In this case, you’d have to do without a super-intelligent A.I. butler, but sometimes you’ve just gotta make do, right?

If you read our original property listing for Stark’s mansion, you’ll have seen this figure already. It’s based on our handy mortgage calculator and factors in a monthly mortgage payment of $454,408. That’s at an interest rate of 4.125 percent on a 30-year fixed jumbo loan. Of course, if you’re a playboy billionaire, that’s like you or I buying an action figure.

Stark’s second-highest bill is for something most of us couldn’t do without. But if you’re a genius, superhero, and head of Stark Industries, it’s even more important. That’s why I figured Stark would have the fastest internet you could get piped to a location: an OC-768 connection capable of speeds of 40 Gigabits per second (my home internet is 100 Megabits per second, by comparison, or 40 times slower). I figured this price at the average U.S. rate per megabit of $3.38—Stark could probably sweet talk a discount from a fellow billionaire, though.

Hasn’t Stark helped his country enough? Apparently not, as Uncle Sam still has to get his cut of taxes on the mansion. At a local rate of $7.73 per $1,000 in value, we’re talking almost $1 million in taxes per annum.

Every home owner needs insurance on their property. If you’re going to be a superhero in the spotlight to the extent that everyone knows where you live, you’re going to need extra insurance. That’s why I doubled the rate I got of $291 per square foot to arrive at this figure. Don’t think he needs that much? Have you seen “Iron Man 3”?

So, you know that last part about people gunning for you? Home insurance is only part of what you’d need to do for protection. In Stark’s case, he has a full-time bodyguard: Happy Hogan. I priced 24-hour armed protection of his calibre for a yearly salary of $547,500 after reading up on the topic. What about surveillance and a way to deal with multiple intruders? Well, JARVIS would take care of the former, while Stark could don his armor and make quick work of the latter.

Exactly how much electricity all of Stark’s wonderful technology would consume was something I unfortunately couldn’t approximate, so I decided to base my calculations for this part of the bill on the average per-square-foot energy consumption of commercial office buildings. Then I bumped it up by 10 percent just to be safe.

Tony seems like a pretty neat guy, apart from all the destruction that seems to follow him around. It’s for that reason that I figured he’d only need a cleaning crew to go over his pad once a week for eight hours. Given the square footage (25,000 square feet), I decided that eight housekeepers would suffice, at a combined rate of $6,221 per week for their services. I didn’t factor in overtime for when the Mandarin destroys the mansion yet again.

Gardening of large estates is apparently a pretty booming business. I approximated from movie stills that Stark’s grounds are about as large as his house itself, and full-time gardeners go for about $25,870 per year. This figure doesn’t include replacing shrubbery destroyed by accidental repulsor discharges.

You may be thinking “Wait, if Tony Stark has such great internet, why doesn’t he just download all his shows?” Well, he’s still gotta catch the occasional game, and there’s just some stuff the internet can’t provide—obscure Bravo reality shows, anyone? For these instances, Stark would have the best possible cable package and the top-of-the-line TiVo DVR in every room. This figure includes cable service and TiVO’s monthly fees.

When he’s not being bugged by technology rivals and supervillains, Stark would have to worry about actual bugs. But not if he got the place treated every three months by a good exterminator. This amount doesn’t include the fallout from when Ant-Man gets wasted and sends an army of his insect pals to play a nasty prank on Tony.

Did you know that the average American uses 63.75 gallons of water per day? I based this bill from the Los Angeles Department of Water and Power on the fact that Tony and his gal Pepper share the home. I also factored in the water he’d need to add to his gorgeous pool due to evaporation in the Southern Californian sun.

Oh sure, Stark takes out the supervillain trash as Iron Man, but who picks up his recycling? That would be the local sanitation district, which charges $36 per month for a standard set of trashcans. Given the number of parties Stark throws, I decided to triple the figure.

You’re probably wondering where things like home owner association dues, septic service, and the like are. Well, I actually thought about all that and decided not to include it.

For HOA dues specifically, I didn’t figure that Stark’s mansion is actually part of one, seeing as it’s way out by itself on Point Dume. For things like septic service, they’re either negligible or, in that specific case, only really needed every couple of years—or could be performed by his other staff.

So, in the end, I answered my question. Buying Tony Stark’s house would only be a (big) drop in the bucket compared to the real cost of living like one of my favorite superheroes. Just going by the suggested debt-to-income ratio, I’d need to make $26,796,744 a year just to keep up. If I ever want to do it, I’d better start cutting my own expenses—and becoming a millionaire—but there’s no way I’m giving up comics.