California Republican Duncan Hunter says that if the U.S. goes to war with Iran, it should use "tactical" nukes 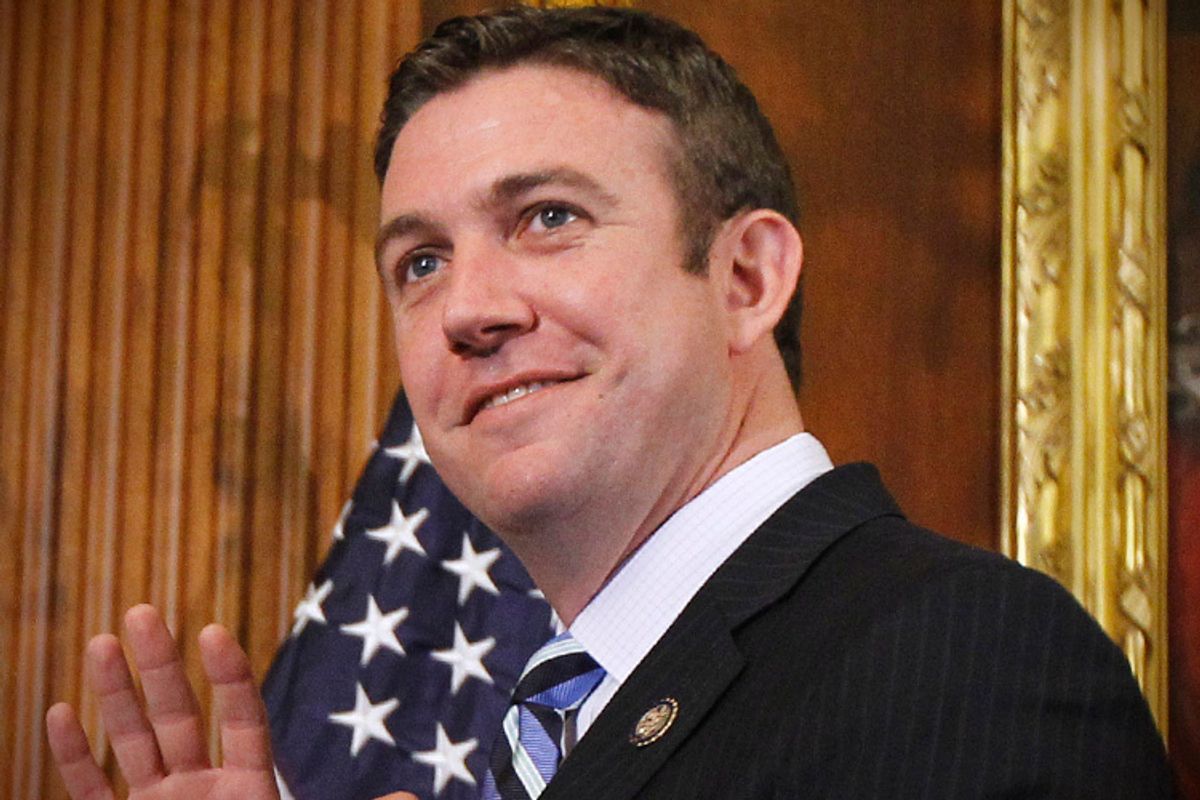 Speaking during an interview on C-SPAN, Hunter recommended the United States implement "tactical nuclear devices" in the event of an armed confrontation with Iran. "I think if you have to hit Iran, you don't put boots on the ground," Hunter said. "You do it with tactical nuclear devices, and you set them back a decade or two or three."

While Hunter said he "sure as hell" hopes there's no war between the U.S. and Iran, he also disparaged the recent deal struck between the global community and Iran, saying, "I don't think this does anything, frankly."

"Even if they stop a little bit short of being able to enrich to a nuclear capability, they're still going to be building up their ballistic missiles."

Despite Hunter's skepticism about diplomacy, however, the California representative was willing to acknowledge the war-weariness among the general American public — and the troubled results of the United States' nation-building in the Middle East. "I think America now knows its limitations in that area and what we can do," he said. "Do we want to spend 20 years [in Iran] after we tear it down to build it back up again so that it isn't run by a crazy tyrannical leader like has happened in, let's say Iraq and Afghanistan again. You've got some crazy guys running the governments there."