The Sahara's experiencing a "catastrophic collapse" of its wildlife

Most of the desert's wildlife is endangered or extinct 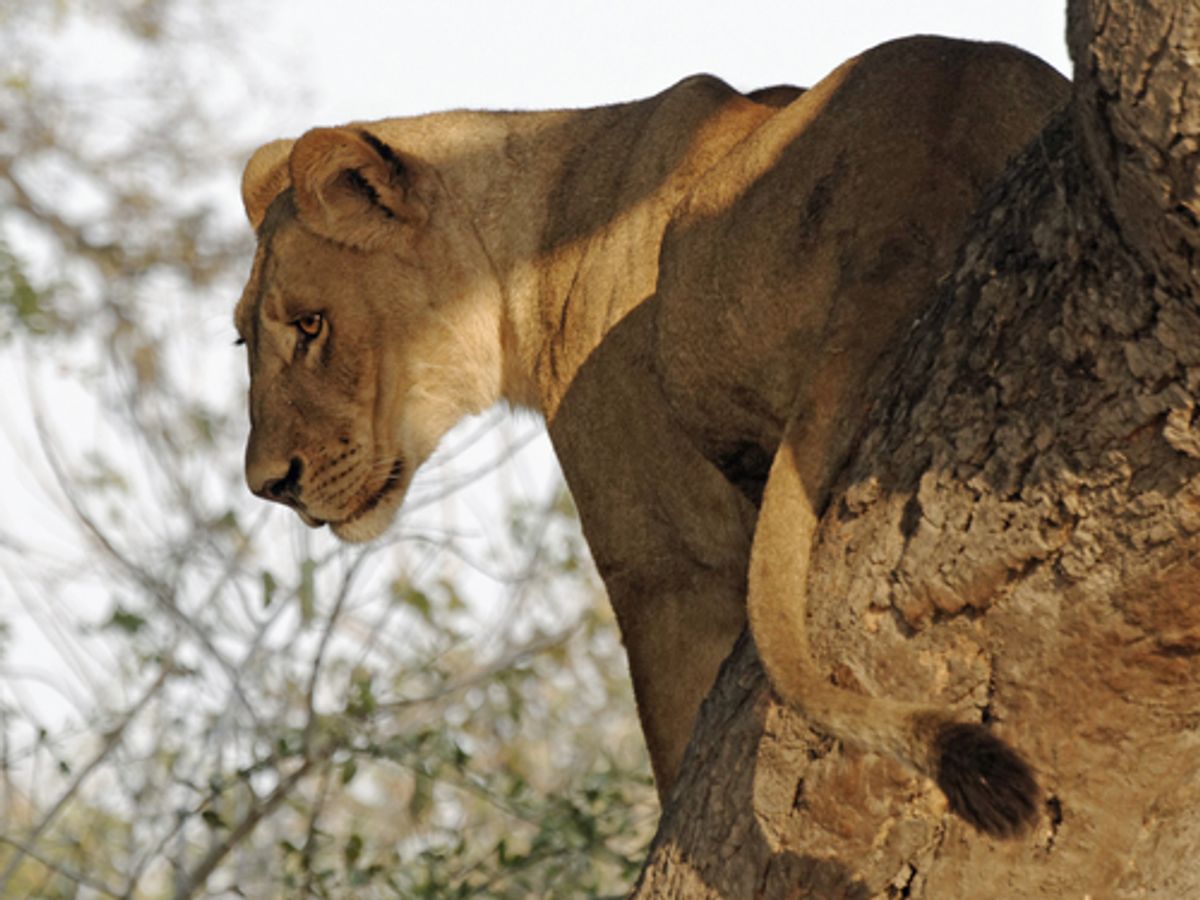 Of 14 species historically found in the Sahara, four are now extinct, and the rest are heading that way. In what a new study from the Wildlife Conservation Society and the Zoological Society of London calls a "catastrophic collapse," the region has lost the Bubal hartebeest (which is entirely extinct), the scimitar horned ornyx (extinct in the wild), the African wild dog and the African lion, while the dama gazelle, addax, leopard and the Saharan cheetah have been eliminated from 90 percent or more of their range.

It's all happened, the study's authors say, with hardly anyone noticing. Lead author Sarah Durant, of the Zoological Society of London, describes how the lack of attention has contributed to the decline in an editorial for National Geographic:

Deserts have become almost invisible on the conservation agenda. World attention has, understandably, focused on the rich biodiversity found in hotspots, which are often in tropical forests. However, deserts actually harbour surprisingly high levels of biodiversity, able to thrive in a harsh and highly variable environment.  This biodiversity hides a wealth of adaptations that enable species to tolerate water stress and extreme temperatures; information that may prove critical as we are forced to adapt to a changing climate.

Unsustainable hunting and past and ongoing insecurity have undoubtedly played a key role in the loss of Saharan wildlife, but it is difficult to avoid the conclusion that more attention might have helped prevent some of the declines. Rare antelope and Saharan cheetah can still be found in remote and inaccessible corners of the Sahara, in vast landscapes possessing a silent peace and unforgettable beauty.

...2014 is the halfway point in the United Nations Decade for Deserts and the Fight against Desertification and the fourth year of the United Nations Decade for Biodiversity. It is an opportune time for the world to focus on securing the sustainable management of desert ecosystems, to the benefit of people and wildlife. The world will be a poorer place if the unique biodiversity of the Sahara and other deserts is allowed to disappear.