Is tonight's MSNBC interview "crucial" for the president? No 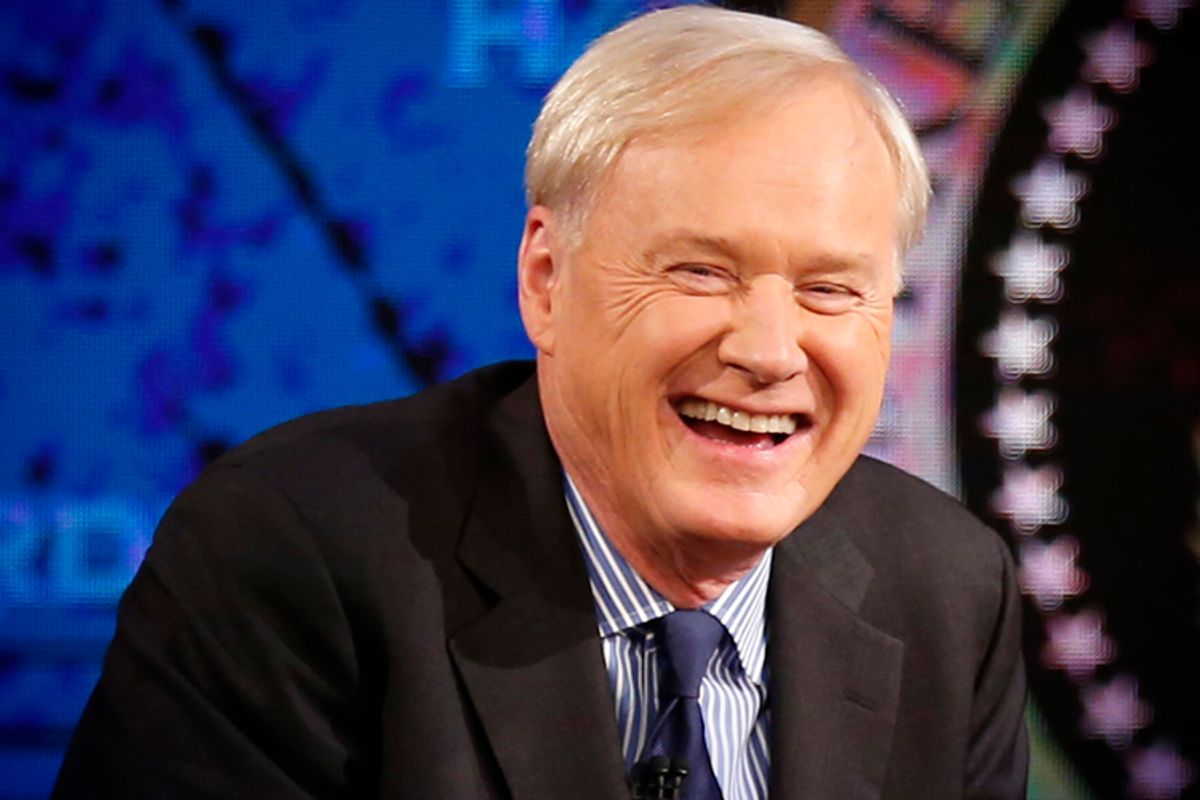 Today, basic cable chat show host Chris Matthews interviewed President Barack Obama. The interview will air this evening at 7 p.m. The president may say some interesting or newsworthy thing, but it is extremely likely that whatever airs tonight will be largely forgotten in a few months. Maybe even a few days. In nearly five years in office, all most people remember of President Obama's various television interviews is the time he killed an insect.

In short, this interview doesn't matter. It might be interesting -- though it'd be more interesting if Obama were sitting down with tougher, smarter MSNBC personalities, like Rachel Maddow, Melissa Harris-Perry, Chris Hayes or Steve Kornacki -- and something the president says may end up serving as a bit of "Morning Joe" fodder for a few days, but this interview will not cause a shift in policy, change Congress, or even much affect the president's approval ratings.

How to write about it, then, if you are the media reporter for a political media organization? You could say, as I just did, that while it might be interesting television, it's really fairly insignificant. The problem with that is, once you begin talking like that it suddenly seems not particularly worth it to talk about almost anything that happens in national politics, as most of the things that happen on any given day, as a glance at Mike Allen's Playbook can confirm, are pretty meaningless in the grand scheme. There is also another way to write about it. You could also claim, or try to convince the reader (or yourself), that a basic cable chat show host interviewing the president is massively important. This is what Politico's Dylan Byers chose to do. His headline is, "Why Chris Matthews' Obama interview matters," and here is how he begins his argument:

For almost a decade now, Chris Matthews has served as a barometer for baby-boom progressives' attitude toward Barack Obama -- from the "thrill" that went up his leg when he heard the presidential candidate speak in 2008 to the utter disappointment following last October's debate in Denver.

That's why Matthews' interview with Obama, which takes place at 2 p.m. today and airs at 7 p.m. on MSNBC, is a crucial one for the President, and for MSNBC.

Sorry, no. Chris Matthews has served as a barometer solely of Chris Matthews, media figure (and, admittedly, an often delightful on-air presence). His politics have been inconsistent, shifting according to the mood at his channel. His main motivation has always been ensuring that Chris Matthews is on television and taken seriously. He represents, perhaps, in some small way, the intersection of the elite media and the progressive media -- his debate freakout combined the Beltway obsession with the ephemeral and stylistic with a sort of progressive tendency to be operatically disappointed in the president -- but that makes him even more of a sui generis figure. Not very many people in the country are remotely like Chris Matthews.

This interview will be "crucial" for Chris Matthews' ongoing campaign to validate his impression that he is an important person in journalism, but there's no sense in which it's "crucial" for the president. "Crucial" how, anyway? That word implies that Obama has some sort of goal he needs to achieve. He's already been reelected, so ...

'Hope' and 'Change' gave way to insularity and ineffectiveness, and Obama is now perilously close to falling below a 40-percent approval rating. The liberal base is anywhere from frustrated to outraged over a litany of failed efforts and unfulfilled promises. The rollout of the Affordable Care Act, his signature legislation, continues to plague his legacy. The thrill, as Riley B. King said, is gone.

OK. The goal is to stop his approval ratings from falling further. And all he needs to do to stop the slide is apparently to impress Chris Matthews.

It's ok for President Obama to be depicted as weak by Fox News -- they'll paint him that way no matter what -- and it's even tolerable for him to endure bad press on CNN (hey, it's just horse-race minutae, and no one's watching anyway). It is an entirely different thing for the president to lose Chris Matthews and MSNBC. What Matthews takes away from that interview will reverberate throughout the network's programming and shape the network's tone toward the president for the months ahead. That will in turn influence the attitudes of the base, and could determine whether Obama's approval rating heads into the high 30s or back toward the mid-40s.

Most Americans -- even most Obama voters -- will not watch this interview. Most Americans don't watch MSNBC all day. A bit more than a million people watch the channel on an average day. How MSNBC talks about the president determines, mostly, how MSNBC feels about the president, which can affect how other political journalists and pundits talk about the president, which can certainly influence public opinion, but probably not enough to cause a significant shift in a president's approval ratings. (Also the idea of Matthews personally steering MSNBC's apparently monolithic viewpoint, from Scarborough on down to O'Donnell, is a bit strange in itself.)

If rescuing his approval rating is the president's main goal right now (which it shouldn't be, but let's say it is), something that would be a lot more effective than talking to Chris Matthews, a man who hosts a show that a couple hundred thousand people watch, would be to improve the economy. Or improve how most people perceive the economy. Trust in and approval of the government depends a lot on how individuals are faring economically, and on whether or not they think things are going OK for them. Obviously wars, scandals and policy affect approval as well, but in general if people feel economically secure they trust the government and like the people running it. It is a pundit's fantasy that Big TV Interviews, like Big Speeches, change the tide of public opinion.

I guess it's possible that maybe Chris Matthews will persuade President Obama, during this interview, to ask the Fed to give people free money, in which case this interview could theoretically be said to have helped President Obama's approval ratings. But I don't think that will happen.

This will not be a crucial interview. It will not even be an interview that "matters," no matter how much certain people's senses of the importance of their work depend on thinking otherwise. Sorry.