Rep. Luis Gutierrez derides "false notices" and rampant misunderstandings about the politics of the landmark issue 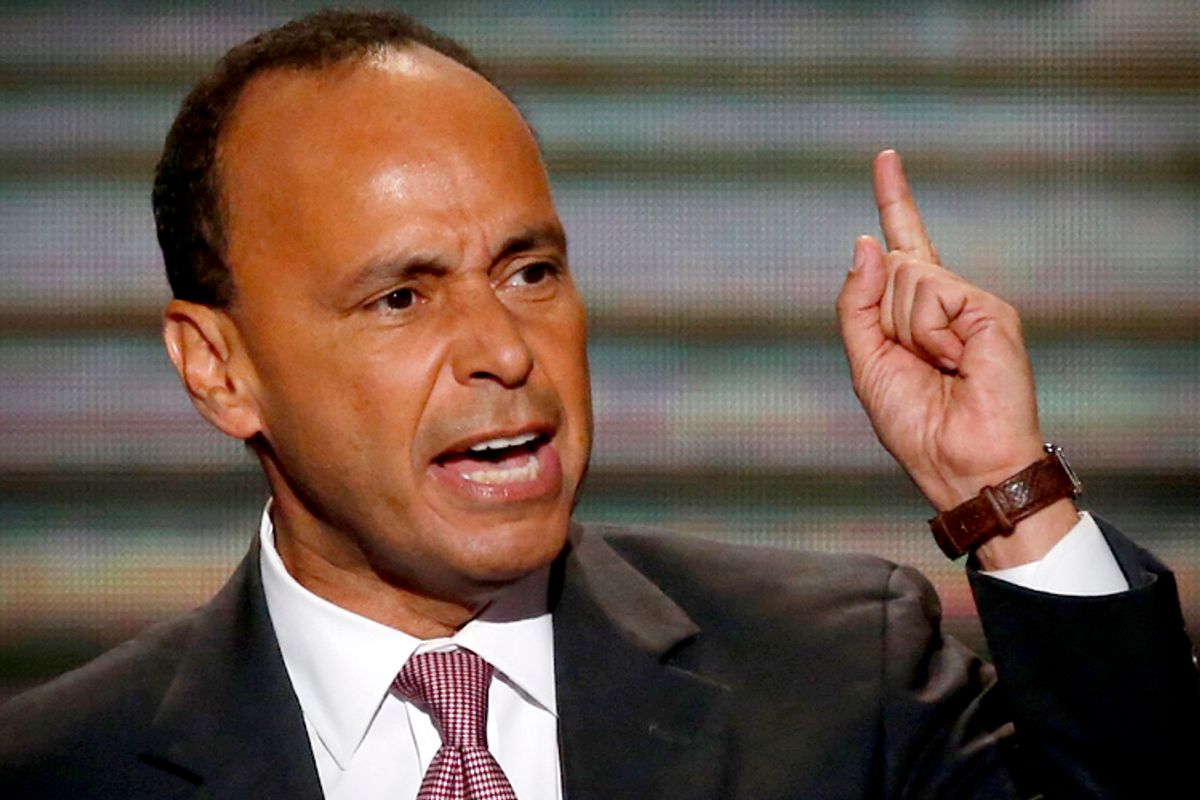 In recent weeks, both President Obama and Speaker Boehner were confronted by activists urging action on immigration reform. But five months after the Senate passed its version of reform, Boehner has declared he has "no intention ever of going to conference on the Senate bill," and his House is poised to adjourn for 2013 without voting on any immigration bill of its own.

With talk afoot of activists shifting their energy to changing Congress next November, Salon spoke with the House’s most outspoken reform advocate, Rep. Luis Gutierrez. The Illinois Democrat blamed his own party for not passing reform in Obama’s first term, defended the controversial status-checking software E-Verify, and insisted “things are moving forward” toward passing a path to citizenship. A condensed version of our conversation follows.

When we spoke in late October, you said “the signals are that” Republicans “want to get there” on immigration, and that you’d believed “we’re going to be able to move forward.” Has that view changed at all since then in either direction?

No, it hasn’t. The dialogue, the conversations, the exchanges continue. And now it’s really -- I’m really waiting for the moment … for the offer to be made. I think an offer will be made. And by an offer, I mean a proposal will be presented. It’s quite clear it’s not going to be presented this [calendar] year …

I see in the near future that we’ll be able to come forward. Look, these are conversations … among people on both sides of the aisle that want to get something done …

There’s a lot of anxiety, and it’s not misplaced. And so if Speaker Boehner says something, all of the sudden every headline is “It’s Dead,” only to be resurrected the next week, as you saw. And those kinds of things continue to happen. These false notices of the demise of comprehensive immigration reform have been pretty rampant, but from my perspective they’re wrong. Things are moving forward.

And when you talk about a proposal being presented, what’s the minimum that that proposal would have to have for you to see it as a serious effort?

Number one, it has to be comprehensive. I think you see movement since we last spoke: the president of the United States has on two occasions stated that he’s fine with a piecemeal approach. Of course, there’s not much he can do, or I or anyone else. He had two years as president of the United States, with a majority in the House and the Senate, and didn’t use it ... But the positive thing is, he finally agreed.

And we’re ready, in fact, for E-verification component and for a border security component. We think those are both important to any comprehensive immigration reform. And it has to have one for the STEM [Science Technology Engineering Math] industry, right? We need to keep our high-tech industry competitive.

So, I said very, very clearly every job created in America should go to an American first if he or she wants it. We know that there will be jobs that will go unfilled. And those should be the opportunities first and foremost that we give the immigrant community. The only way you’re going to do that is through – I believe is through a verification system, so that it’s very, very clear.

I mean, there’s a pretty rigid regime that has been -- and yet the House Democrats are signed onto it at a rate of 98 percent. So look, there are things that I disagree with, but that are going to be necessary components when you compromise.

Do you believe, I mean, even under the terms of the Senate bill, that with the combination of the continuous employment requirement, the misdemeanor/felony language and E-Verify, that there would be some group of now-undocumented immigrants who would end up more vulnerable?

I believe in a pathway to citizenship for everyone, for all of the undocumented. I know that the Senate leaves 3 million out, and we’re already talking 25 percent won’t make it …

So could the president have gotten a comprehensive immigration reform bill through Congress and signed by the 2010 midterms?

If he could get Obamacare through, when it wasn’t even on life support -- it had been buried, he had to take a shovel, dig it up, clean it off, and reintroduce it all over again as I recall it.

Look: Of course he could have gotten it done. It was a question of the political will to get it done. I mean, everybody’s like, “Well, you know, why didn’t we do it?” We didn’t do it because we didn’t have the political will, we didn’t want to expend the political capital to get it done. Instead, we set up a regime to deport 2 million people. I mean this system is so broken that congresswoman Sinema has a beautiful, wonderful Dreamer on her staff whose mom’s being  deported. Now, how the hell does that happen?

So why do you think the president didn’t make that happen then?

And so it wasn’t a priority, and you know, it wasn’t as though the Democratic leadership was fighting at the bit to get it done. People were afraid.

So, you know, there’s one thing about being in the minority: It encourages – it creates an environment of courage. That’s a good thing – a lot of courageousness out there.

Last week, reporters for the Arizona Republic argued that immigration reform advocates are shifting focus toward punishing Republicans in the 2014 election. Do you think that’s happening, and do you think that’s the right move?

Look: I think there are people who always see this through the prism of partisan politics, and not through the life and death experience of the immigrant. So I think anything that takes our eyes off of the prize of stopping the immigrants from being deported, and shifts it to partisanship, is the wrong move.