Bill Bratton, the great enactor of broken-windows policing, returns as top cop. What does this mean for reform? 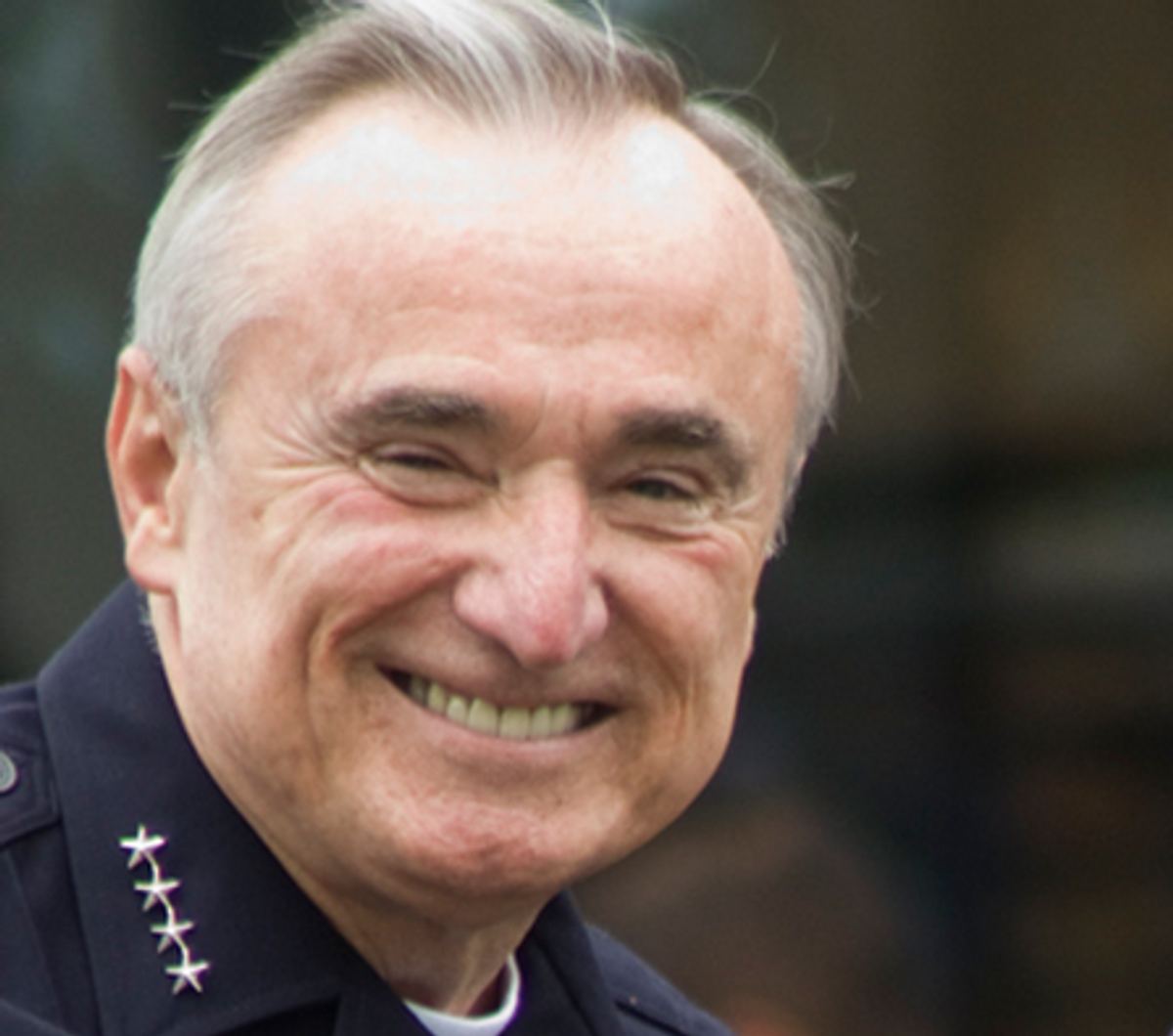 For a New York mayor-elect who ran on a central mandate of police reform, the choice of Bill Bratton as new (and returning) NYPD commissioner is a potentially troubling one.

Bratton served as top cop under Mayor Rudy Giuliani between 1994 and 1996 and admittedly has a stellar record of lowering crime rates. But, of course, the hows of crime reduction are all important. After all, Mayor Bloomberg, the great defender of the police department's racist stop-and-frisk practices, boasted reduced crime rates throughout his tenure, including historically low murder rates. But, as has been well documented, a "safer city" for some evolved contemporaneously with the establishment of consistent harassment and unconstitutional abuse by police of New York's black and brown and poor young men. These New Yorkers were not safe from the police -- but that fact doesn't figure in official stats about city safety.

And Bratton's record of crime reduction should not whitewash the troubling policies that he's historically relied on: he was the great embracer of the broken-windows theory of crime control. Broken-windows theory, as first advanced by James Q. Wilson in a 1982 Atlantic Monthly essay, essentially argues that a city must prioritize fighting petty crime to avoid escalations into serious crime. It's the principle that undergirds a policing practices which profile and target individuals for low-level crime -- the umbrella principle of stop-and-frisk. Meanwhile the logical implausibility of a broken-windows theory should glare apparent: Graffitti, abandon cars, subway turnstile-hoppers and low-level drug use do not produce murder and rape. Minor infractions have, however, been proven as useful fodder to fill arrest quotas.

Mayor-elect de Blasio and Bratton have both vowed to rebuild trust in communities rightfully distrustful of NYPD officers. De Blasio expressly stated a desire to bring stop-and-frisk numbers down. Bratton has also said that he wants to see an end to inconsistent policing, in which poor and black a differently policed than the rich and white. As the NYCLU has urged, we must "close the book on the tale of two cities."

In a Harvard Club speech last summer, Bratton isolated inexperienced, untrained officers as the root of the stop-and-frisk problem. And, yes, this is an issue -- as federal judge Shira Scheindlin noted in her recommendations to end NYPD discriminatory policing (before she was booted from overseeing the landmark Floyd case over racial profiling in stop-and-frisks). But (illegal) arrest and ticketing quotas have to go too. As, above all, does the general ideology of policing, which Bratton has historically espoused. Namely, the targeting of low-level offenses, which creates criminals out of the targeted, and targets our of racial minorities and poor people. Preemptive policing, as broken-windows theory advanced, is premised on profiling -- of neighborhoods, groups and people. Preemptive policing though targeting low-level offenses is the hallmark of Bratton's career.

Groups like Communities United for Police Reform and the NYCLU have, following deBlasio's announcement Thursday, put out friendly statements urging that Bratton and deBlasio follow through on pledges to end discriminatory policing. I'm not one for hope -- nor reliance on political promises from mayors and police chiefs -- so will urge instead that we New Yorkers continue to fight however we can to end police racism.