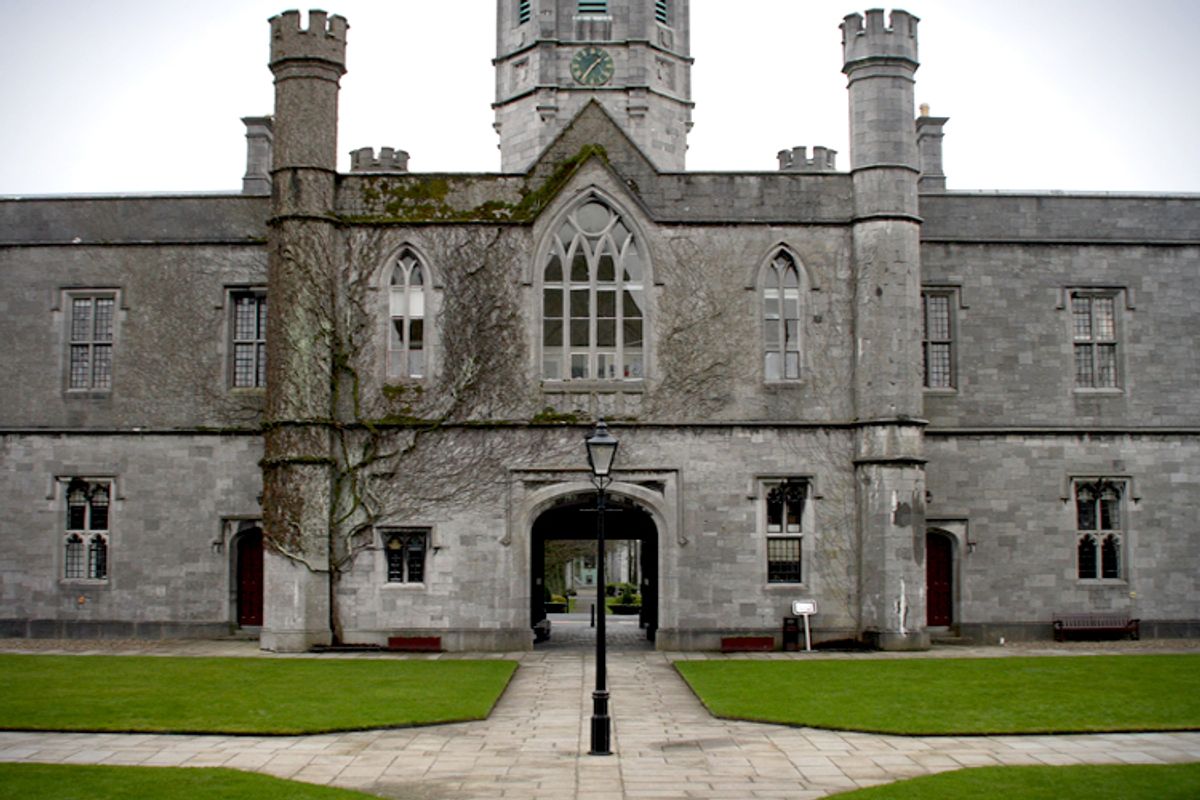 In a promising blow against blazing ignorance this week, the National University of Ireland in Galway has suspended the school's Legion of Mary after the group distributed leaflets encouraging students to "move beyond the confines of the homosexual label."

The literature, which sparked "70 official complaints to the Students' Union and college services," directs "persons with same-sex attractions and their loved ones" to the Courage Community group -- an organization that promotes "an interior life of chastity." The 33-year-old Courage Community, endorsed by the Holy See and boasting 100 chapters around the world, aims to discourage gay men and women from "accepting the secular society's perspective and opting to act on their same-sex desires" and "constantly trying to get their needs met in ways that ultimately do not satisfy the desires of the heart," and instead embrace the "freedom" of chastity. Yes, that sounds so much more mature and liberating than having, say, loving adult relationships. The Galway Legion of Mary pamphlets included the directive, "I’m a child of God. Don't call me gay."

Fortunately, even in a predominantly Catholic country, this kind of insulting twaddle is becoming increasingly less acceptable. Civil unions began in Ireland in 2011, and the country will have a referendum on same-sex marriage in 2015. In light of the student complaints, the Galway University moved immediately to suspend its Legion of Mary Society pending a full investigation into its activities, and issued a statement that it will "not condone the production and dissemination of any material by students that discriminates against other students." The Legion of Mary, meanwhile, has apologized for the incident and says it has "no links to the Courage Community or their message."

The Guardian reports Friday that the University has now been accused of "heavy-handed censorship" for its swift and decisive action. Index on Censorship spokesperson Padraig Reidy told the newspaper, "While the view expressed in the flyer may seem archaic on a modern Irish university campus, it doesn't constitute intimidation nor threats. NUI Galway claims it is 'committed to protecting the liberty and equality of all students,' but I don't think they've given any serious thought to the religious liberty or free speech of the Legion of Mary students."

But while the now withdrawn handout doesn’t constitute official hate speech – nor does the official message of Courage Community itself – its message does contribute to a hostile environment, and perpetuates the ugly idea that homosexuality, even if it can't exactly be "cured," needs to be contained.

In the U.S. this year, the California federal appeals court upheld a ban of gay "conversion" therapies, signaling a deeper understanding that the concept of free speech should not extend to dangerous and destructive practices. The Catholic Church is still a long way from fully grasping that Jesus had exactly zero to say about gay people, that a bunch of celibate men in long black dresses yapping about what constitutes "freedom" for anybody else is ludicrous and that love is a blessing, full stop. Welcome to the 21st century, everybody, where being gay isn't a shameful disorder that needs to be suppressed for the comfort of heterosexuals. You'll like it here. Of course, freedom of speech means extending that freedom to ideas we disagree with and even dislike intensely. But it is not censorship for a place of learning to take the responsible step of saying that it's not cool to distribute "Don't call me gay" literature. It's enlightened. It's what real courage looks like.