My friends say I should "just use common sense." But few pieces of advice are more frustrating to an autistic 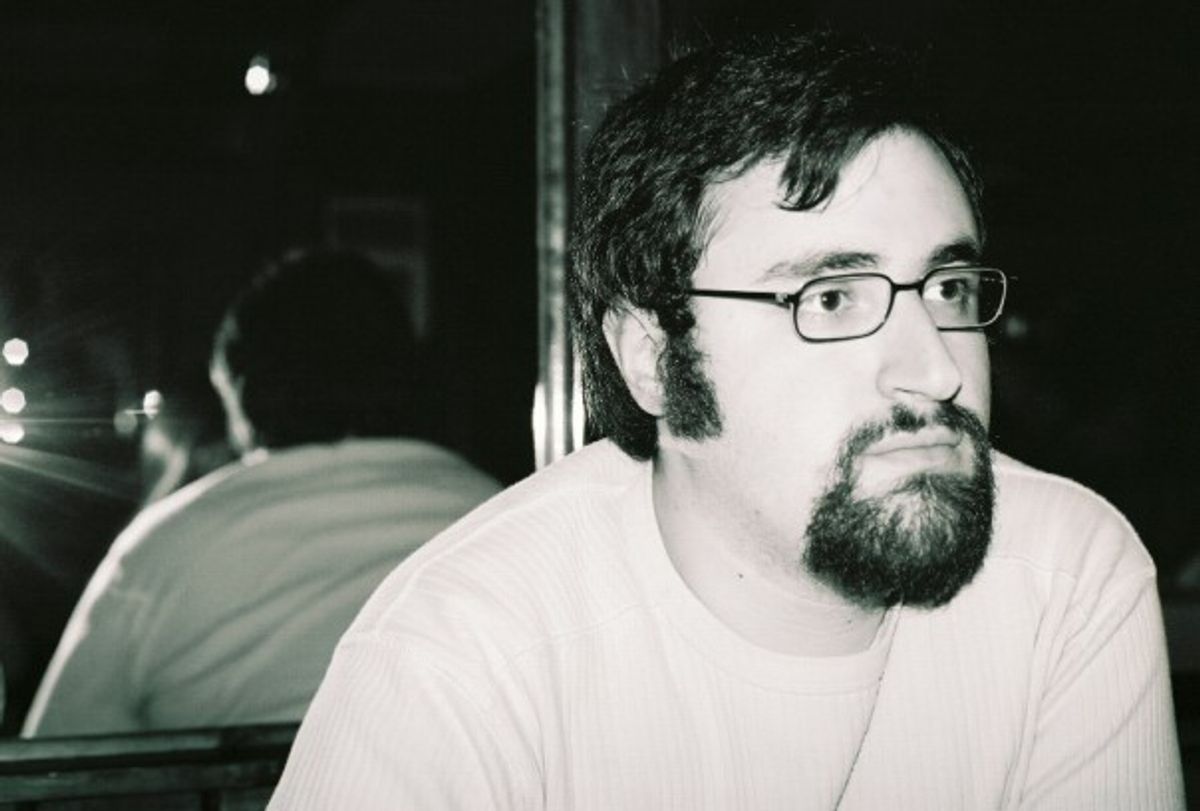 There are two things you should know about me:

2. I am fascinated by dating culture.

There is more of a connection between these two things than you might think. After all, there are few places in society where social rules are as crucially important and deeply entrenched as in the sphere of courtship, and being mildly autistic — or having Asperger's Syndrome (AS), if you use the label as it was before the APA revised its diagnostic criteria last year — impairs your ability to comprehend nonverbal communication. Since people communicate through both verbal and nonverbal methods, those of us with AS are frequently at a disadvantage when attempting to socialize in our personal and professional lives. As I explained in an earlier article on my personal experiences with AS, "If life in a society is a game (and make no mistake about it, it is), having Asperger's forces you to play while learning two-thirds of the rules as you go along, even as everyone else knows them instinctively ... and assumes you do too."

Of course, one of the twists of having AS is that you tend to develop an outsider’s perspective on social rules in general, and the world of dating is no exception. I remember feeling disgust and then curiosity the first time someone explained the concept of “dating leagues” to me, or being stunned to learn that a girl who invites you to a hotel room to "just chill for a night" might actually mean the opposite of that, or that one who keeps postponing seeing you again is blowing you off. Others with AS have told me about similar stories, all linked by a common theme: We experience dating, as we do all other social rituals, as non-native bumblers, struggling to comprehend a culture of Byzantine complexity (in our eyes) and lacking the unassailable logic of being entirely direct, straightforward, verbalized, and emotionless (which is clearly reasonable… again, in our eyes). We also notice that …

1. A lot of the "obvious" rules about dating are actually pretty arbitrary, so we aren’t instinctively aware of them.

I recently had a conversation with a friend who commented that people with AS should "just use common sense" when navigating the dating scene. Few pieces of advice are more frustrating to a mild autistic, since "common sense" in dating involves intuitively knowing the assumptions that others will make about you based on the cues you give off through what you say and do — which, of course, is precisely what AS causes you to miss. Regardless of whether two people are meeting on a prearranged date or striking up conversation in a casual setting, each one’s emotional response is determined by the assumptions they make based on a multitude of factors, from body language, facial expression, and eye contact to manner of dress, choice of conversation topics, and tone of voice (the same principle applies to online dating, although the cues are different).

While the merely awkward are at least subconsciously aware of these variables when they’re engaged in an interaction, someone with AS is wired to assume that (a) if someone finds us attractive, they will directly and immediately state it from the get-go and (b) they would want us to do likewise.

The idea that people communicate interest other than through what they actually say, or that even what someone says is fraught with layers and nuances — none of this occurs to us, since our instinct (which we assume the rest of the world shares) is to just say what we think and feel at length without any filters. If we learn it at all, it’s because we’ve had others bluntly explain to us the "rules" regarding these and other related matters. Similarly, many of the practices that are generally regarded as "obvious" parts of dating feel like intimidatingly strange concepts to us, such as "flirting" and "bantering," creating an intangible "chemistry," or spacing out how often you call, text, e-mail, and/or suggest hanging out with a dating prospect. For better or worse, there is a music to dating, and while people with AS can understand the verses (and often have a distinctly straightforward way of expressing ourselves that can be refreshing), we struggle with the pitch, rhythm, dynamics, timbre, and texture. The end result is emotional tone deafness.

2. It’s also difficult for us to come to grips with the emotion colloquially known as "love."

There is a great quote by Bertrand Russell that helps illustrate what I mean:

"Love is something far more than desire for sexual intercourse; it is the principal means of escape from the loneliness which afflicts most men and women throughout the greater part of their lives."

Thankfully having AS certainly doesn't inhibit one’s ability to desire or enjoy sexual intercourse, but the same cannot be said of cultivating the kinds of connections necessary to escape from the "existential loneliness" described by Russell. While this is partially due to the insecurity caused by disproportionately experiencing various forms of social rejection for years and years, even people with AS who received predominantly positive reinforcement in their early lives can still feel detached and isolated due to their inability to fully communicate with others. This could be compared to speaking a different language, although that analogy would imply that individuals with AS could at least "speak" to others with the condition, when in fact AS manifests itself so differently from person to person that we are generally as unable to relate to each other as we are with the non-AS population.

Couldn't exactly persuade one of my exes to be included here, so my close friend Samantha had to do.

While the resulting sense of loneliness is not unique to the mildly autistic, as Russell’s quote itself makes clear, having AS significantly hinders one’s ability to cure it. Love requires not only the ability to have "loving" feelings for someone else, but the ability to have those feelings reciprocated, create "chemistry" in a relationship and, ultimately, create a deep and mutual romantic bond. As explained by Canadian writer A. J. Mahari, people with AS may be able to "feel a tremendous amount of empathy, compassion, sadness, happiness, and so forth," but "it is not natural for us to communicate and to express our emotions in a social/relational context the way that it is second nature to NT's [Neurotypicals, or people without AS]. It feels foreign. It is work and requires effort and energy." Not only does this cause people with AS to often come off as emotionless and lacking in empathy, but it makes the process of falling in love almost alien to us — you can't develop or identify chemistry without knowing how to give off and read cues, or feel truly connected to someone with whom you can only communicate by feigning mastery of a social language in which you'll never be fluent.

This isn’t to say that there is no hope if you have AS. If nothing else, many of us (myself included) have learned through careful study, trial and error, and self-discipline how to socially "function" at the level of people who don't have AS. It's still possible to have sexual and/or committed relationships, and while the ordeal may be painful at times, it is undeniably worth it.

To quote Russell again: "To fear love is to fear life, and those who fear life are already three parts dead."