The maddening familiarity of the Jameis Winston case

Whether or not justice was served, the script of trashing the alleged victim played out yet again 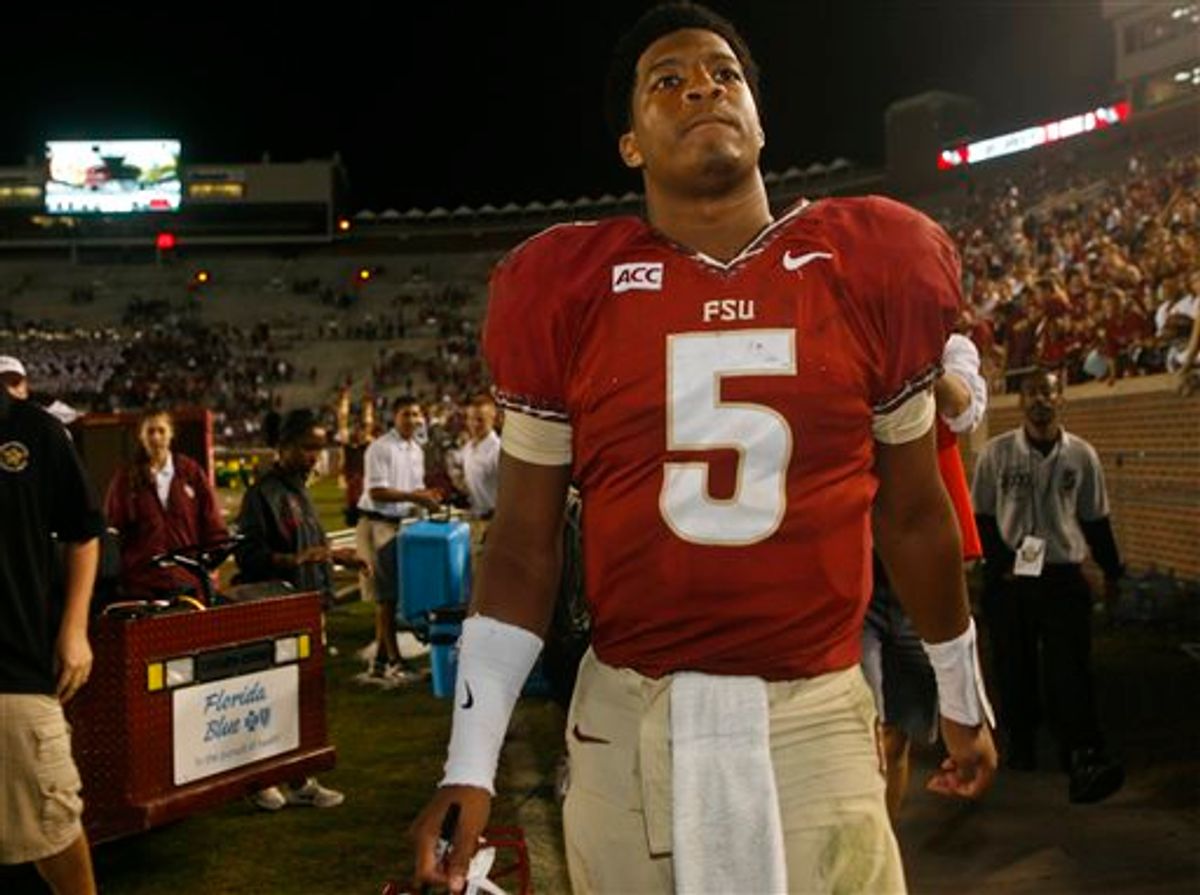 Willie Meggs, state attorney for Florida’s Second Judicial Circuit, announced on Thursday that Florida State quarterback Jameis Winston will not be charged with sexual battery, citing insufficient evidence to obtain a conviction. After Meggs delivered the news that the rape case was closed, he laughingly deflected questions from the press about Winston's chances at winning the Heisman trophy. (Apparently, his odds remain quite good.)

Meggs took over the investigation in November -- almost a year after the report was filed with the Tallahassee Police Department, several months after the police allowed the case to go "dormant," and days after media outlets began pressing the department for the case file amidst allegations of police misconduct.

There will be no charges, but the matter feels far from settled. The circumstances are just too frustrating, and too familiar. Winston, as you have no doubt read in the coverage of this case, is a well-known football player. Media outlets reminded the public of this fact by identifying him in pieces on the rape accusations, in headlines and leads, as a "football star," "Heisman favorite," or "freshman who has lead FSU to an undefeated season."

The media's fascination with Winston's career prospects was allegedly shared by the Tallahassee Police Department. Patricia Carroll, the lawyer for the woman who accused Winston of rape, said she was told by a detective that her client's life would be "made miserable" if she went ahead with the investigation. “Tallahassee was a big football town," he allegedly said. “The victim needs to think long and hard before proceeding against him because she will be raked over the coals and her life will be made miserable."

That there will be no charges filed in an allegedly compromised investigation against a high profile member of his community is both about Winston and something much bigger. The script the case followed -- the allegedly botched investigation, the fawning write ups of a "football hero" who suffered the "turmoil" of rape allegations, the community that unquestioningly rallied around him, the questions about the victim's level of intoxication and speculation about the veracity of her claims -- is sickeningly, maddeningly familiar.

The case may be closed, but the question of whether justice was served remains.

Carroll released a statement about the alleged threat to her client the same week that a national report on the gross underreporting of sexual assault and widespread mishandling of rape cases was released by the National Research Council. The report found that law enforcement agencies across the country are often disinclined, poorly equipped or inadequately trained to document such cases and support victims. Which is why, according to national data, of every 100 rapes, only 40 will be reported, 10 will lead to to an arrest, 8 will lead to prosecution and 4 will lead to a felony conviction.

Of every 100 rapists, only three will serve more than a day in jail for their crimes. The other 97 perpetrators will walk free, and the other 97 victims will have to live with that fact.

Whether or not you believe justice was served in the Winston case, these are dismal numbers. This is the dismal state of justice for survivors of sexual assault in 2013.