Rashida Jones has "had enough" with the "pornification of pop stars"

The feminist actress criticizes pop stars for "acting like whores," without realizing how anti-feminist that is 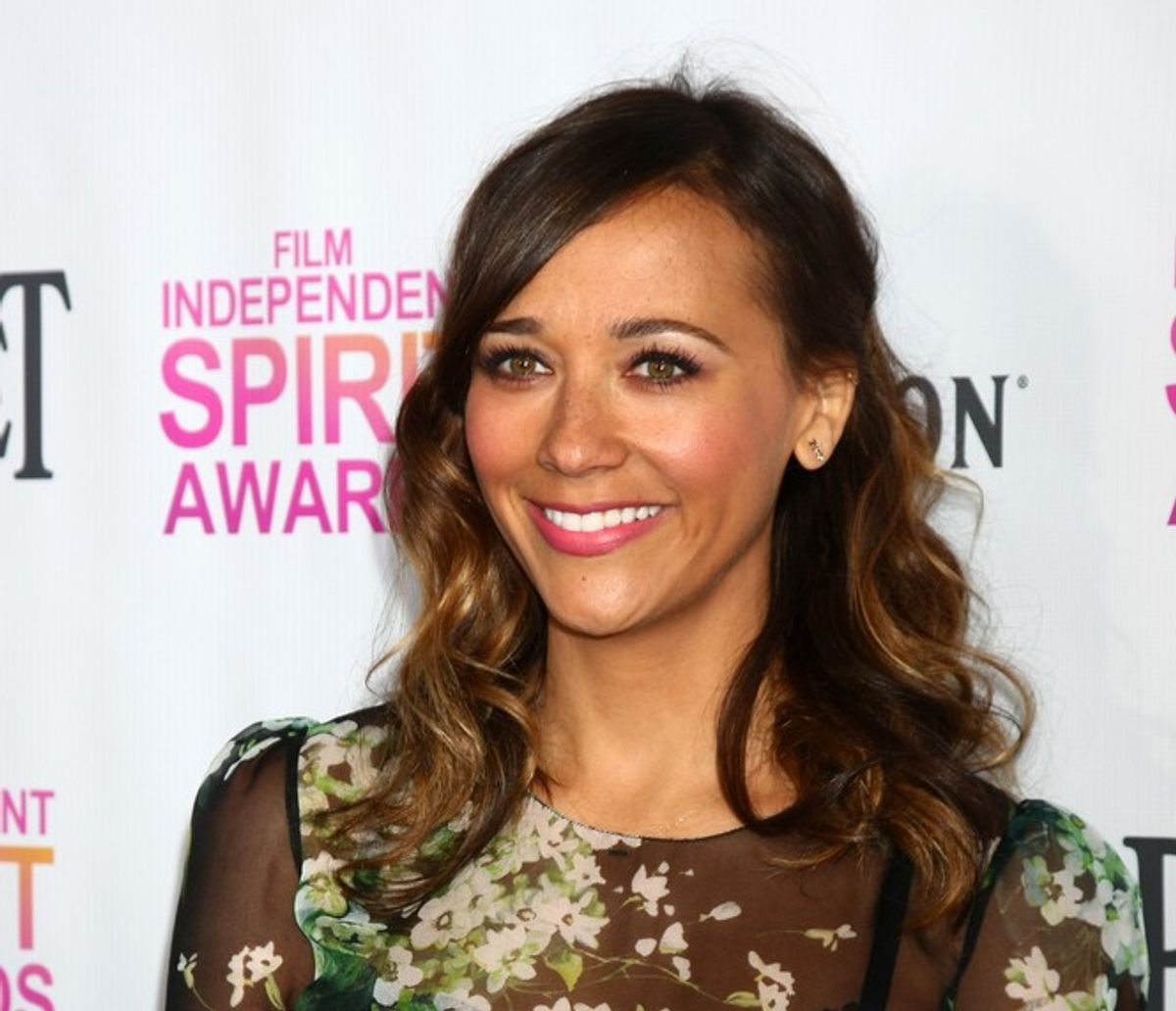 Two months ago, after being exposed to Nicki Minaj’s bedazzled breasts, Miley Cyrus’s twerk-a-thon and Rihanna straddling a stripper pole, “Parks and Recreation” actress Rashida Jones decided that she had “had enough.” She vented her frustration on Twitter by issuing a series of condemning, judgy tweets aimed at the pop stars: “This week's celeb news takeaway: She who comes closest to showing the actual inside of her vagina is most popular. #stopactinglikewhores,” she wrote.

Immediately, feminists called Jones out for slut-shaming. “Let me clarify. I don't shame ANYone for anything they choose to do with their lives or bodies…,” Jones responded. “BUT I think we ALL need to take a look at what we are accepting as ‘the norm’...There is a whole generation of young women watching. Sure, be SEXY but leave something to the imagination.”

On Thursday night, the actress offered a lengthier explanation decrying the “pornification of pop stars” in an op-ed in Glamour Magazine. Though Jones “would never point a finger at a woman for her actual sexual behavior” and thinks that “all women have the right to express their desires,” she argues that “This isn't showing female sexuality; this is showing what it looks like when women sell sex.”

My hashtag was "stopactinglikewhores." Key word, acting. Like I said, I'm not criticizing anyone's real sex life; as George Michael tells us, "Sex is natural, sex is fun." But the poles, the pasties, the gyrating: This isn't showing female sexuality; this is showing what it looks like when women sell sex. (Also, let's be real. Every woman's sexuality is different. Can all of us really be into stripper moves? The truth is, for every woman who loves the pole, there's another who likes her feet rubbed. But in pop culture there's just one way to be. And so much of it feels staged for men, not for our own pleasure.)

Jones’s line of thinking is tempting: Women are still fighting to be taken seriously on all social fronts; we want to have it all, we are leaning in, and we are demanding agency over our bodies. Seeing young women flaunting their physical assets seemingly to fulfill male fantasies is the antithesis of that. Even feel-good site Upworthy lumps Rihanna and Cyrus in as examples of “How the Media Failed Women,” alongside misogynistic Seth MacFarlane jokes and airbrushed ads.

But in the same breath that Jones (and Upworthy) attempts to empower one set of women, she is condemning another set for “acting like whores,” an inherently misogynistic concept. (Does selling one's body for sex automatically make one a lesser human being, as the term “whore” connotes in this context?). Yes, female sexuality comes in many, many forms, and it’s long been defined by what men want women to be. But some of these pop stars are trying to explore what sexual power means for women in this world. For example, Rihanna’s video, “Pour It up” was staffed only by women. Though Jones objects to the stripper poles, Ayesha Siddiqi notes in the Hairpin that Rihanna is “very clearly displaying their athleticism and dance skill for their own sake, not to titillate an audience.”

“I think for this ‘day and age,’ singing about wanting to have sex is like, OK, cool. But singing it in a way that validates all women rather than casting them as losers in the market for male attention—that’s what makes Rihanna compelling,” Siddiqi explains.

Jones labels 2013 the “Year of the Very Visible Vagina,” meant to be a criticism. But when you consider our nation’s draconian anti-abortion measures and fight for reproductive rights, it’s hard to see that as a bad thing. As comedian Sarah Silverman said bluntly to MSNBC’s Chris Hayes recently, “I think vaginas really, really scare people. Honestly.”

Is it kind of upsetting that Miley Cyrus relies on the same few gimmicks to promote herself? Maybe (especially when those gimmicks include exploiting other women). Is Nicki Minaj’s aim to be "winning the boys game” as Siddiqi puts it, the best way to celebrate female sexuality? Maybe not; female pop stars still have a long way to go in order to bridge the gender gap. But is it fair to tell them that they are “acting like whores” when they gyrate their hips, that they should cover up, that they’re part of the problem? No. Female sexuality is, as Jones noted, complex, but it’s also incredibly intense and largely unexplored. Telling women to stop displaying their bodies isn’t the way to reclaim the female form. In fact, that’s the only way to ensure that nothing will change about how we perceive it.