What Hitchens got wrong: Abolishing religion won't fix anything

Hitchens believed atheism would end world conflict. But the world's wars are about politics, not religion 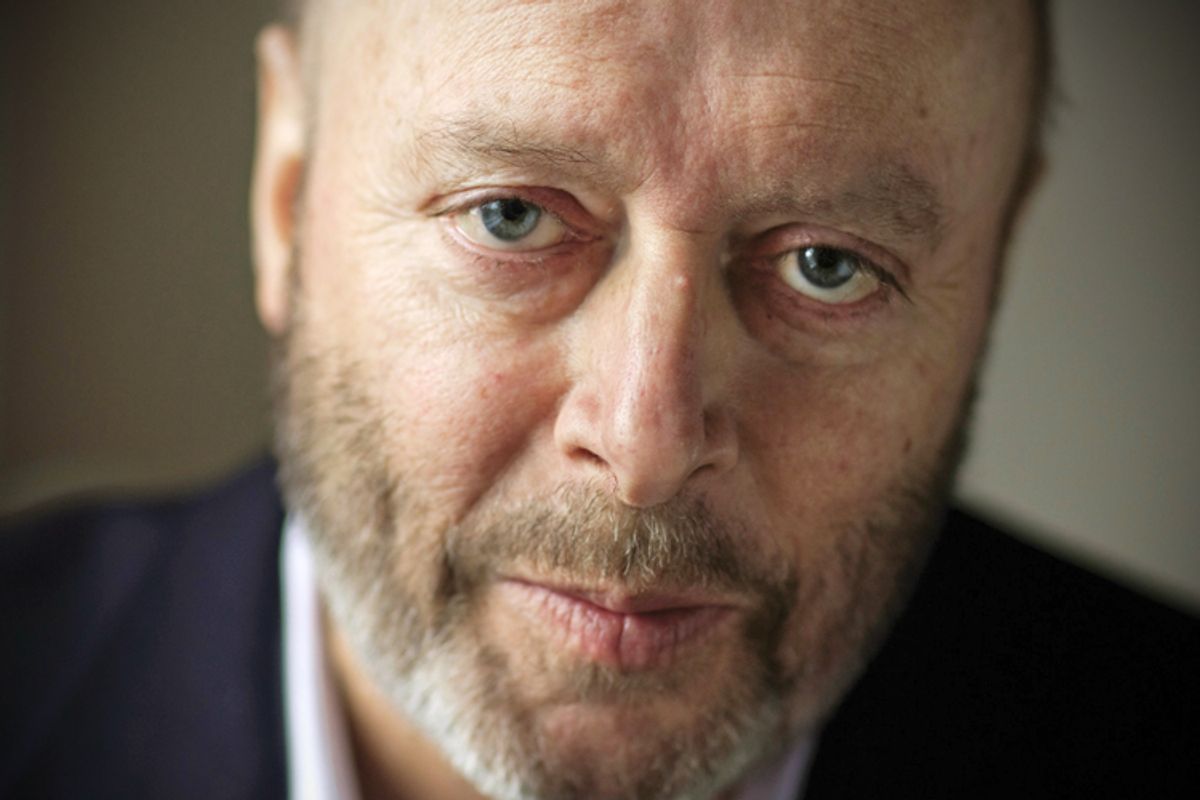 Religion has once again become the “opiate of the people.” But this time, instead of seducing the proletariat into accepting its position in a capitalist society, it lulls atheists into believing that abolishing religion would bring about utopia.

It is rather disturbing trend in a country whose greatest reformer was a Reverend — Dick Gregory has said, “Ten thousand years from now, the only reason a history book will mention the United States is to note where Martin Luther King Jr. was born” — to believe that religion is the root of all evil. And yet this is what the “New Atheism” (an anti-theist movement led originally by Sam Harris, Richard Dawkins, Daniel Dennett and the late — and great — Christopher Hitchens) movement  asserts.

The fundamental error in the “New Atheist” dogma is one of logic. The basic premise is something like this:

1. The cause of all human suffering is irrationality

3. Religion is the cause of all human suffering

The “New Atheist” argument gives religion far, far too much credit for its ability to mold institutions and shape politics, committing the classic logical error of post hoc ergo propter hoc  — mistaking a cause for its effect.

During the first Gulf War, Christopher Hitchens famously schooled Charlton Heston, asking him to name the countries surrounding Iraq, the place he was so eager to invade. A flummoxed Heston sputtered, naming a few random Middle Eastern countries (including, rather humorously, the island nation of Cyprus).

But then Hitchens decided that, in fact, bombing children was no longer so abhorrent, because these wars were no longer neocolonial wars dictated by economics and geopolitics but rather a final Armageddon between the forces of rationality and the forces of religion. The fact that the force of rationality and civilization was lead by a cabal of religious extremists was of no concern for Hitchens. To co-opt Steven Weinberg, “Good men will naturally oppose bad wars and bad will naturally support them. To make a good man support a bad war, for that, you need an irrational fear of religion.”

Somehow the man who denounced Kissinger’s war crimes now supported Bush’s — both wars, of course, supported by the scantest of logic. The man who so eloquently chronicled the corruption of the Clinton administration became the shill of his successor.

Ruber Cornwell wrote of Hitchens in The Independent,

At that point [during the Gulf War], Hitchens, still the left-wing radical, opposed the conflict against Saddam Hussein. By contrast, George W Bush's 2003 invasion of Iraq couldn't come soon enough for him. The great catalyst for change was, of course, 9/11. Appalled by what he saw as the left's self-flagellation over the terrorist attacks, and the argument that America had brought the disaster on itself, Hitchens became arguably the most eloquent advocate in Washington of the need to overthrow Saddam Hussein. He quit The Nation, made friends with the likes of Paul Wolfowitz and, in foreign policy at least, was indistinguishable from the neocons… The fact that the terrorist attacks were carried out by Islamic extremists also sealed – if sealing were needed – Hitchens' belief that religion, and the "absolute certainty" of its followers was nothing but trouble.

For something so dreadfully asinine to be written about a man as well-traveled and well-read would be almost obscene if it were not true. But after 9/11, Hitchens stopped seeing the world in terms of geopolitics but rather saw it, like the Neocons in the Bush administration, as a war between the good Christian West and the evil Muslim Middle East.

Religion has a tendency to reflect political and economic realities. Hitchens, in fact, has made ample use of this Marxist analysis, questioning religious experts whether it was Constantine or the truth of Christ’s words that were largely responsible for its breakneck spread. Constantine was, and his proclivities shaped the church. The doctrine of the Trinity was not decided exclusively by decades of intense debate; the whimsy of Constantine and political maneuvering between by Arius and Athanasius had a significant influence on the outcome.

But if Hitchens is right, as he is, then why not take the observation to its logical conclusion? Is not the best explanation for the Thirty Years' War more likely political than religious? Might it be better to see jihad as a response to Western colonialism and the upending of Islamic society, rather than the product of religious extremism? The goal of the “New Atheists” is to eliminate centuries of history that Europeans are happy to erase, and render the current conflict as one of reason versus faith rather than what is, exploiter and exploited.

For vast numbers of Middle Easterners, Western-style economic methods brought poverty, Western-style political institutions brought tyranny, even Western-style warfare brought defeat. It is hardly surprising that so many were willing to listen to voices telling them that the old Islamic ways were best and that their only salvation was to throw aside the pagan innovations of the reformers and return to the True Path that God had prescribed for his people.

I have to wonder if Hitchens, Dawkins and Harris truly believe that eliminating religion will also make the Islamic world forget about centuries of colonization and deprivation. Without religion, will everyone living in Pakistan shrug off drone strikes and get on with their lives? If religion motivated 9/11, what motivated Bill Clinton to bomb the Al-Shifa pharmaceutical factory and leave millions of Sudanese people without access to medicine?

Liberals who once believed that the key to understanding hate and violence is deprivation now have embraced the idea that religion is the culprit. Religion is both a personal search for truth as well as a communal attempt to discern where we fit in the order of things. It can also motivate acts of social justice and injustice, but broad popular movements of the sort generally indicate a manipulation of religion, rather than studied reflections on religious doctrine. Shall we blame Jesus, who advocated “turning the other cheek,” for Scott Philip Roeder, or more plausibly his schizophrenia?

Of course, I’m entirely aware of the problems in modern American Christianity. I have written an essay excoriating what I see as the false Christianity. But any critique of religion that can be made from the outside (by atheists) can be made more persuasively from within religion. For instance, it would hardly be the theologian’s job to point out that, according to The Economist, “Too many of the findings that fill the academic ether are the result of shoddy experiments or poor analysis. A rule of thumb among biotechnology venture-capitalists is that half of published research cannot be replicated.” I’m sure scientists are well aware of the problem and working to rectify it. Similarly, within the church there are modernizers and reformers working to quash the Church’s excesses, no Hitchens, Dawkins or Harris needed. Terry Eagleton writes,

Card-carrying rationalists like Dawkins, who is the nearest thing to a professional atheist we have had since Bertrand Russell, are in one sense the least well-equipped to understand what they castigate, since they don’t believe there is anything there to be understood, or at least anything worth understanding. This is why they invariably come up with vulgar caricatures of religious faith that would make a first-year theology student wince. The more they detest religion, the more ill-informed their criticisms of it tend to be. If they were asked to pass judgment on phenomenology or the geopolitics of South Asia, they would no doubt bone up on the question as assiduously as they could. When it comes to theology, however, any shoddy old travesty will pass muster.

The impulse to destroy religion will ultimately fail. Religion is little different from Continental philosophy or literature (which may explain the hatred of Lacan and Derrida among Analytic philosophers). It is an attempt to explain the deprivations of being human and what it means to live a good life. Banish Christ and Muhammad and you may end up with religions surrounding the works of Zizek and Sloterdijk (there is already a Journal of Zizek Studies, maybe soon a seminary?). Humans will always try to find meaning and purpose in their lives, and science will never be able to tell them what it is. This, ultimately is the meaning of religion, and “secular religions” like philosophy and literature are little different in this sense than theology. Certainly German philosophy was distorted by madmen just as Christianity has been in the past, but atheists fool themselves if they try to differentiate the two.

As a poorly-practicing Christian who reads enough science to be functional at dinner parties, I would like to suggest a truce — one originally proposed by the Catholic church and promoted by the eminent Stephen J. Gould. Science, the study of the natural world, and religion, the inquiry into the meaning of life (or metaphysics, more broadly) constitute non-overlapping magisteria. Neither can invalidate the theories of the other, if such theories are properly within their realm. Any theologian or scientist who steps out of their realm to speculate upon the other is free to do so, but must do so with an adequate understanding of the other’s realm.

Religion (either secular or theological) does not poison all of society and science should not be feared, but rather embraced. Both can bring humanity to new heights of empathy, imagination and progress. To quote the greatest American reformer, “Science investigates; religion interprets. Science gives man knowledge, which is power; religion gives man wisdom, which is control. Science deals mainly with facts; religion deals mainly with values. The two are not rivals.”

“New Atheists” believe that religion threatens progress and breeds conflict and that were religion eliminated, we would begin to solve the world’s problems. But abolishing religion is not only unfeasible, it would ultimately leave us no closer to truth, love or peace. Rather, we need to embrace the deep philosophical and spiritual questions that arise from our shared existence and work toward a world without deprivation. That will require empathy and multiculturalism, not demagoguery.