Yet another teacher has been fired for being open about his sexual orientation. When does it stop? 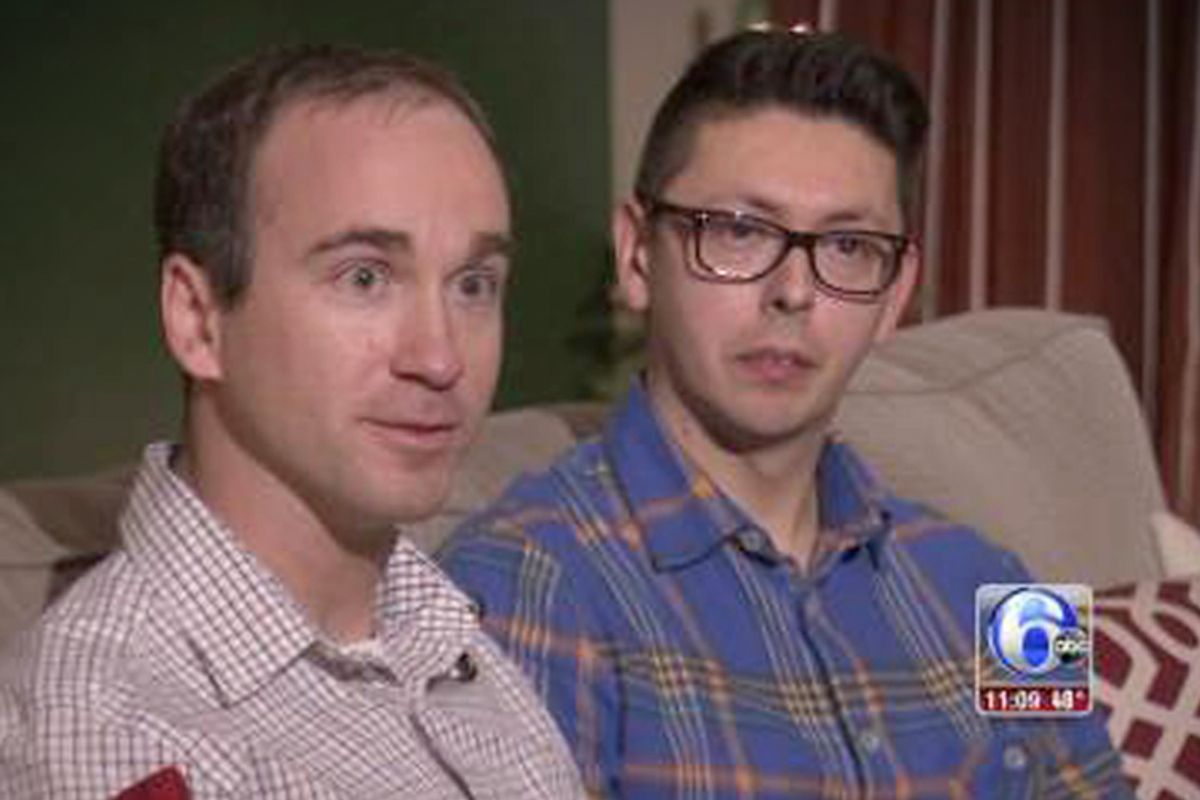 If the narrative that Michael Griffin, a man who was until recently a French and Spanish teacher at Holy Ghost Preparatory School in Bensalem, Pa., is correct, he wasn't really fired for being gay. He was fired for wanting to get married. Griffin says he was terminated from the Catholic boys school after 12 years of service there on Friday, after he informed school officials that he might be late for a school event because he and his partner would be out applying for a license to tie the knot in New Jersey.

School president Rev. James McCloskey issued a statement Sunday confirming the news, saying that, "Unfortunately, this decision contradicts the terms of his teaching contract at our school, which requires all faculty and staff to follow the teachings of the church as a condition of their employment. In discussion with Mr. Griffin, he acknowledged that he was aware of this provision in his contract, yet he said that he intended to go ahead with the ceremony. Regretfully, we informed Mr. Griffin that we have no choice but to terminate his contract effective immediately." So, wait, if he'd said he would call off the wedding, it would have been OK? What?

Griffin says the school already knew he was gay. As the Lehigh Valley Morning Call reports, Griffin and his partner Vincent Giannetto "attended parties together in the priests' residence, sat with the principal, Jeff Danilak, during an April fundraiser and even had a school administrator as a guest at the reception for their civil union in 2008." Recalling the April event, Griffin says, "Clearly, we were a couple. We both wear rings, and we were together. The alums and donors, they could all see that. To me, that was much more public than me e-mailing the principal, so I don't understand. If [they] were going to fire me, why not in April, why not for the civil union, why not at the first time I brought my partner to the school? That's why it's sort of a shock to me."

Gallingly, this business of schools giving the boot to teachers for being just a little too public in their gayness is becoming something of a trend. Last year, after telling colleagues he was celebrating his 20th anniversary with his partner by getting married in New York, St. Louis Catholic schoolteacher Al Fischer was fired not just from his teaching post but his part-time gig as music director for his church – even though he says "the pastors at both parishes knew" he was gay. This spring, Ohio teacher Carla Hale was fired from the school in which she taught for nearly 20 years, after including her partner's name in her mother's obituary notice. And in the same state, lesbian teacher Christa Dias won a discrimination suit after being fired when she became pregnant via artificial insemination. In August, Minnesota teacher Kristen Ostendorf was fired after telling her colleagues, "I’m gay, I’m in a relationship with a woman, and I’m happy." Also in August, St. Lucy’s Priory High School in Glendora, Calif., fired English teacher Ken Bencomo after his nuptials made the local news. Like Griffin, Bencomo says the school administrators were well aware of his orientation and had met his partner numerous times. And when his supporters showed up at a September school board meeting to protest his firing, they were turned away.

Backward and unloving as it is, when it comes to gay and lesbian rights, the Catholic Church still has an official line to toe. But while it does not yet as an institution support the tolerance and equality that -- guess what? -- is just and inevitable, it should not be permitted to enforce a policy of punishing people for being honest about who they are and how they love. That so many of these Catholic schools apparently had no problem with gay people working for them and teaching their children for years and years, had obviously thought they were good enough to keep around, and then capriciously put them out of a job when they acknowledged their sexual orientation, is despicable. It says that identity is a sin but dishonesty is just fine, that exercising your legal right to marry can get you canned but keeping up a charade to make other people comfortable is to be expected. That's not just mean; it's not even Christian. And people are going to keep protesting the injustice of it until it stops. As Kristen Ostendorf told reporters this summer after she lost her job, "As a Christian, a Catholic, I think to see the world and engage in the world and love the world is one of the messages of scripture. To really authentically live your life is another huge message of scripture. And that motivates me."