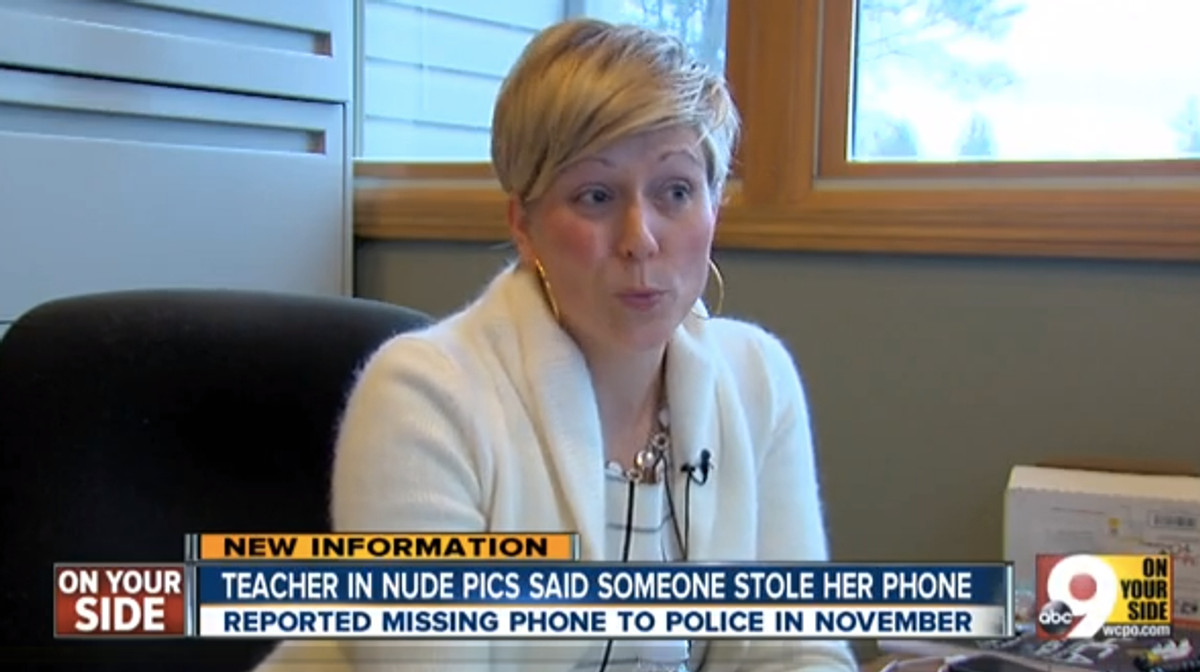 The woman's photos were posted online a day after she filed a police report for a stolen iPhone, according to WCPO. The school has refused to comment further on the case, "out of respect for her family's privacy and due to the sensitive nature of the circumstances."

"The woman is already a victim," one parent told WCPO. "But this being a Christian school, parents are upset that a teacher is even taking naked pictures and sending them to people -- and ... her students are old enough to get online and Google their teacher's name and the photos come up."

While this woman's photos appear to have been made public without her consent, she isn't the first to lose a job over nude photos.

In 2011, a Texas school fired a popular young teacher after it was discovered that she had posed for Playboy while still a college student.