Curiosity stumbles upon new evidence of life of Mars

And it may have been remarkably similar to life on Earth 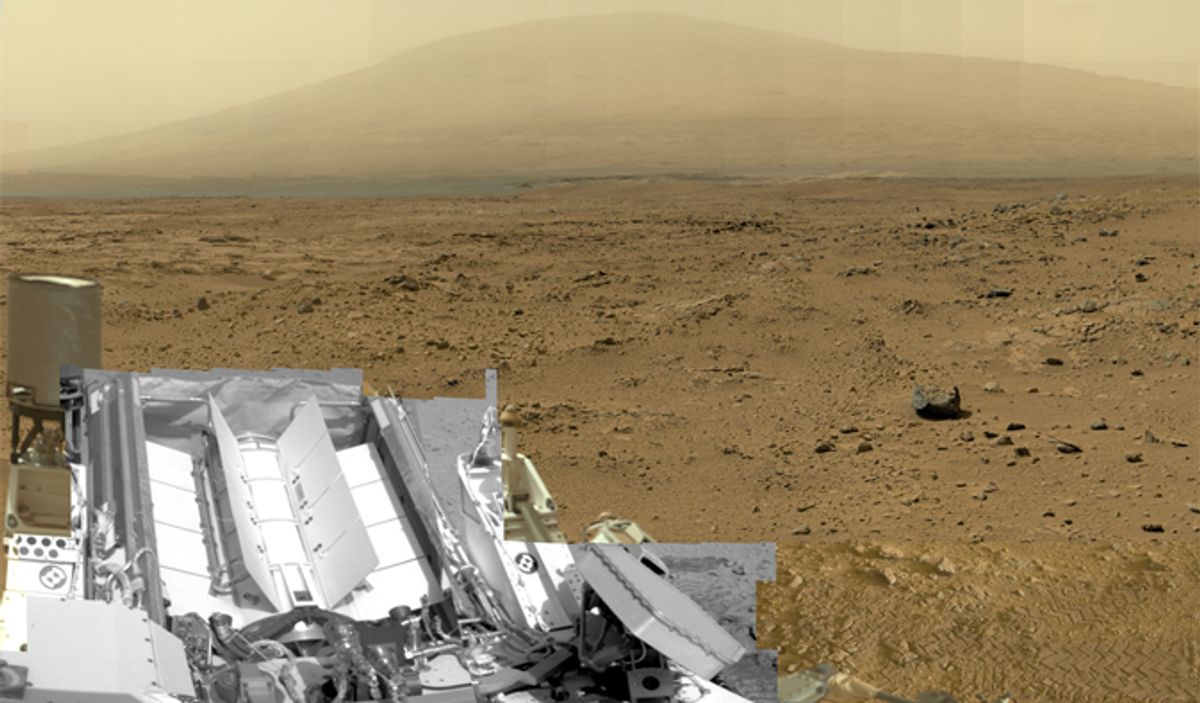 A billion-pixel view from the surface of Mars, from NASA's Mars rover Curiosity. (NASA/JPL-Caltech/MSSS)
--

New analysis of rocks collected by Curiosity reveals evidence that there was once fresh water on Mars, at the very site where the NASA rover landed last year. And where there was water, there may have been life.

Specifically, researchers believe the now dried-up lakebed may have supported colonies of microbes, the same type that are found in caves and hydrothermal vents on Earth. What's more, tthey now have reason to believe that those lifeforms emerged about 3.5 billion years ago -- right around the same time life was forming here. The New York Times reports on the findings:

John P. Grotzinger, a professor of geology at the California Institute of Technology who is the project scientist for the Curiosity mission, said that if certain microbes like those on present-day Earth had plopped into that ancient Martian lake, they would most likely have found a pleasant place to call home.

“The environment would have existed long enough that they could have been sustained, prospered, grown, multiplied,” he said. “All the essential ingredients for life were present.

“Potentially the aqueous stream, lake, groundwater system could have existed for millions to tens of millions of years,” he added. “You could easily get a lake with the area of the Finger Lakes in upstate New York.”

The interpretation comes from detailed analysis of two mudstones drilled by Curiosity earlier this year. The structure, chemistry and mineralogy of the sedimentary rocks were not alien.

“You can actually begin to line up in time what the Earth was doing and what Mars was doing,” Grotzinger added.  “It’s kind of cool.”