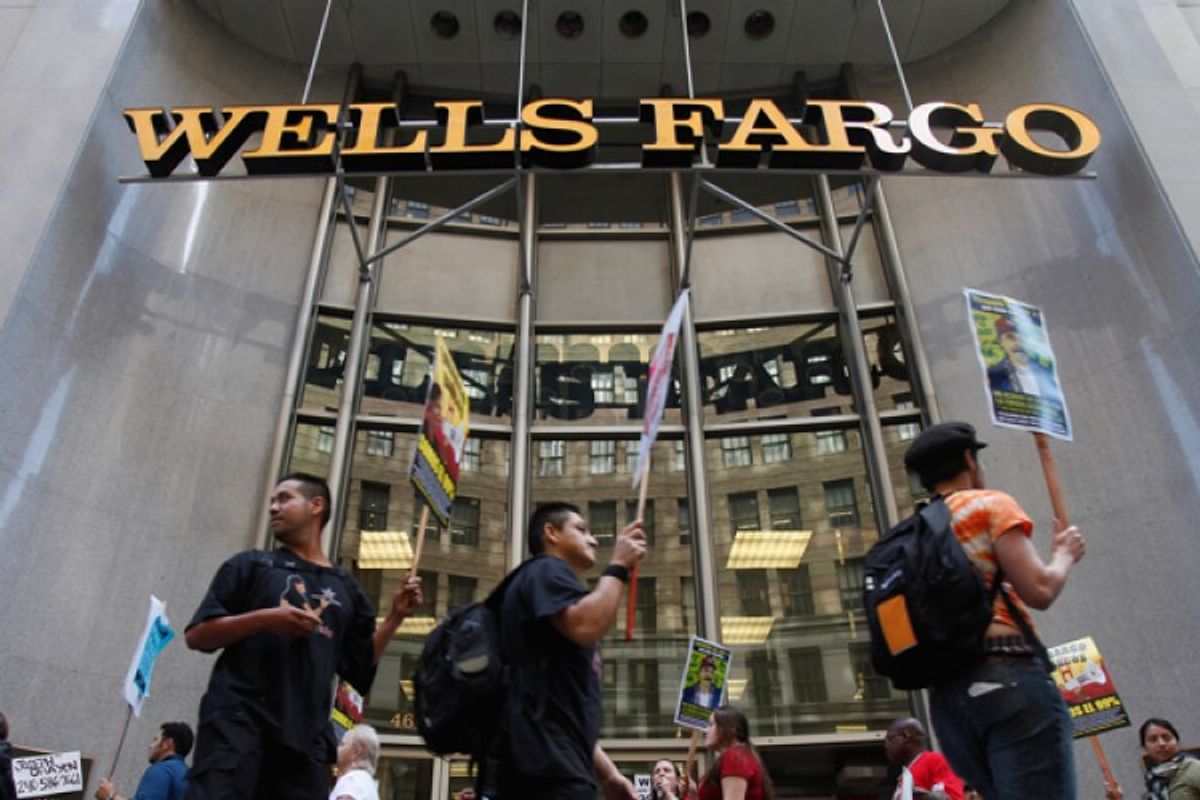 In a recent “big think” piece on the future of American politics, Democratic strategist Doug Sosnik writes in Politico that the defining question of the moment is, “Which side of the barricade are you on?” Sosnik describes a rising populism on the left and the right focused on several primary issues, among them “a desire to go after the big banks and other large financial institutions.” If Sosnik’s prognostications are anywhere near correct — and I believe they are — then every politician and political weathervane in Washington should be flocking to study at the feet of National People’s Action.

In good news, thanks to pressure from National People’s Action, the Federal Deposit Insurance Corporation and the Office of the Comptroller of the Currency released new guidelines to stop regulated banks from making predatory loans that can have upward of 300 percent interest rates. This should effectively get big banks like Wells Fargo out of the slimy loan shark business.

National People’s Action, a national network of grass-roots organizations with more than 200 organizers in cities and states across the country, initially launched this campaign back in 2011 with a call on Americans to “Move Our Money” out of corrupt banks that were stripping wealth from low-income communities and communities of color through outrageous predatory lending and usury abuses. In the first weeks of the campaign alone, National People’s Action and partner organizations moved $50 million from big banks to more responsible community banks. But more important, this initial campaign focused attention, inside and outside of the organization, on not just complaining about the abuses of big banks — but actively doing something to stop them.

In the following months and years, National People’s Action (which, for disclosure, I have worked with on some advocacy projects and to which I have been a financial contributor) continued to put the pressure on banks with direct action protests at shareholder meetings and bank headquarters. The organization also crossed its T's and dotted its I's with a series of comprehensive reports detailing how payday lenders strip wealth from working families, how predatory lenders are disproportionately concentrated in communities of color, and how big banks are driving the payday lending industry.  In other words, National People’s Action mobilized both hearts and heads to build a smart and savvy campaign to end the abusive predatory practices of big banks.

So even though bank CEOs and shareholders kept resisting National People’s Action's very simple demands — that big banks not continue the reckless and exploitative lending practices that led to the financial crisis in the first place — the voices of families suffering under predatory lending and foreclosure by big banks grew stronger. At a Bank of America shareholders meeting in 2012, all of the activists’ proposals were voted down by elite shareholders, but the impassioned insistence of the activists drove media coverage.  The unchecked and unaccountable power of big banks was slowly but surely being brought to heel by the simple, moral story of the crisis that banks were creating in communities all across America.

Meanwhile, as it was building a new national awareness around the shame and danger of payday lending, National People’s Action was trying on some new organizing tools — engaging in massive online actions and mobilizations with support from Credo Mobile and Color of Change.  And so in addition to more traditional tactics of meetings with the regulators, including bringing grass-roots leaders to tell their stories of payday lending victimization directly to the heads of OCC and FDIC — and protests when they couldn't get meetings — National People’s Action mobilized more than 150,000 petition signatures telling the agencies to act.

“We used organizing to create a climate that payday lending is a practice that’s bad for people, bad for the economy, and ultimately bad for banks.  And then we used new tactics, like online organizing. I'm pretty sure these regulatory agencies are not used to seeing a flood of emails," says George Goehl, director of National People's Action.

Geohl elaborates, "Most people don’t even know what the OCC is and yet we’ve taken over their offices in the past. Several times. How that figured into their decision is anyone's guess.  So there was the pressure element, but also a rational one too — that we made a compelling case they should be stopping big banks from destructive payday lending.”

Now, as a direct result of National People's Action and its ally organizations, low-wage and middle-class families looking for loans to make ends meet this holiday season won't be exploited with 300 percent interest rates and cycles of debt that trap families in permanent financial ruin.  But the fight doesn't end there: The Federal Reserve Bank, which has oversight for banks, including Regions Bank and Fifth Third Bank, that engage in predatory lending, has yet to join the OCC and FDIC's regulations.  So National People's Action will keep pushing, leading the charge of populist politics rising across America.