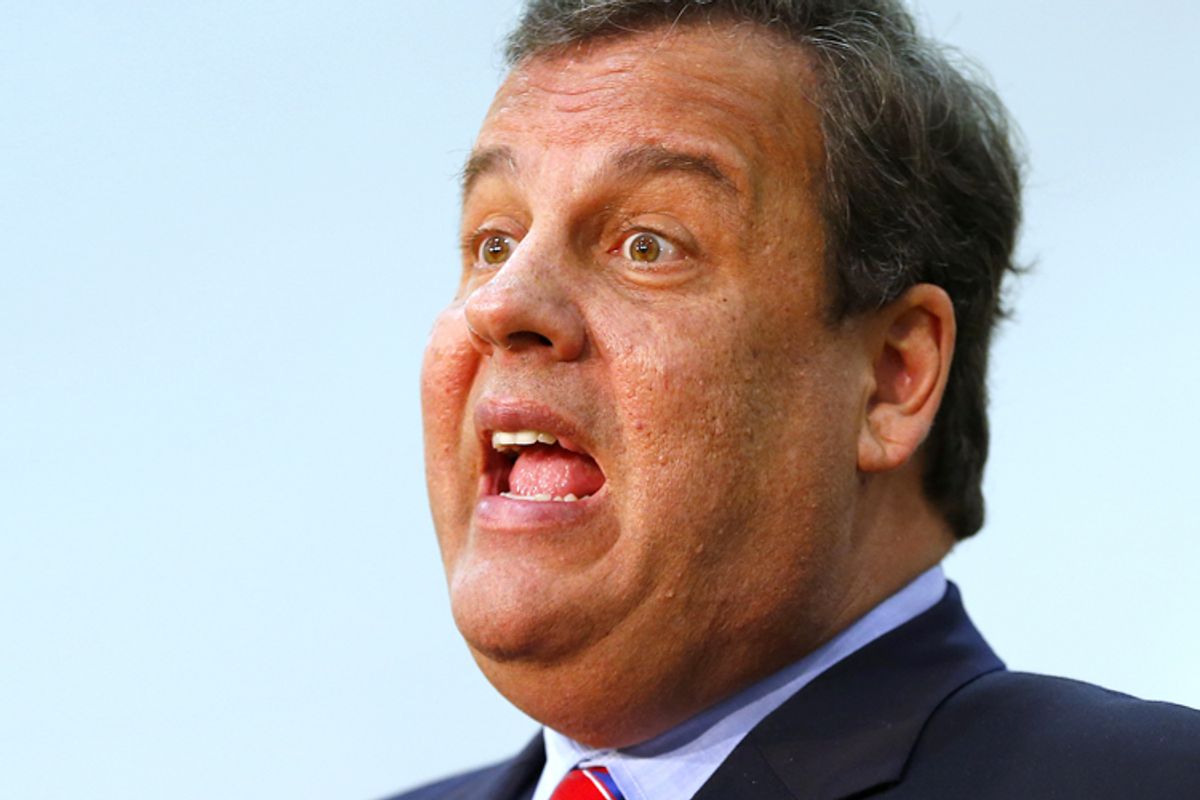 Chris Christie is finding himself increasingly embroiled in a scandal over the September closure of two of the George Washington Bridge's three lanes connecting Manhattan to Fort Lee, N.J. At heart is the question of whether a Christie appointee (and high school buddy) had the lanes closed in order to punish Fort Lee's Democratic mayor for not endorsing "The Governor."

The initial reason given for the lane closures was a traffic study — but this justification lost credence on Monday when the chief Port Authority of New York and New Jersey official said that no such study had been conducted. What's more, the political appointee and Christie friend who had ordered the partial closure of the bridge, David Wildstein, resigned on Friday, raising questions as to whether the order was given for political purposes.

Responding to questions on the matter, Christie was dismissive, sarcastically telling one reporter that "I moved the cones, actually, unbeknownst to everybody."

Christie brought Wildstein into his administration as a top Port Authority official in 2010. But the two go back much further. Wildstein, who founded the political website PolitickerNJ, and Christie were just a year apart in high school. A 2012 profile of Wildstein in The Record newspaper said figured "prominently" in Christie's effort to change the Port Authority.

"Longtime employees ... privately describe a man intent on carrying out a political agenda rather than one built on reform or improving the region's transportation system," wrote the paper.

Wildstein ordered the closures on Sunday, Sept. 8, according to The Wall Street Journal. The move created a "horror story" of traffic jams in Fort Lee the next day -- the first day of school in the borough -- with cars backed up into local streets. The access lanes reopened on Sept. 13, upon the orders of the Port Authority's executive director, Patrick Foye, an appointee of New York Gov. Andrew Cuomo (D).

Fort Lee's Democratic mayor, Mark Sokolich, wrote on Sept. 12 to Christie's top appointee at the Port Authority, Bill Baroni, saying he believed Wildstein's actions were "punitive," although he has since backed off that accusation.