Look at the stats: America resembles a poor country

We're number one, sure, but in things like early onset diabetes and per capita incarceration 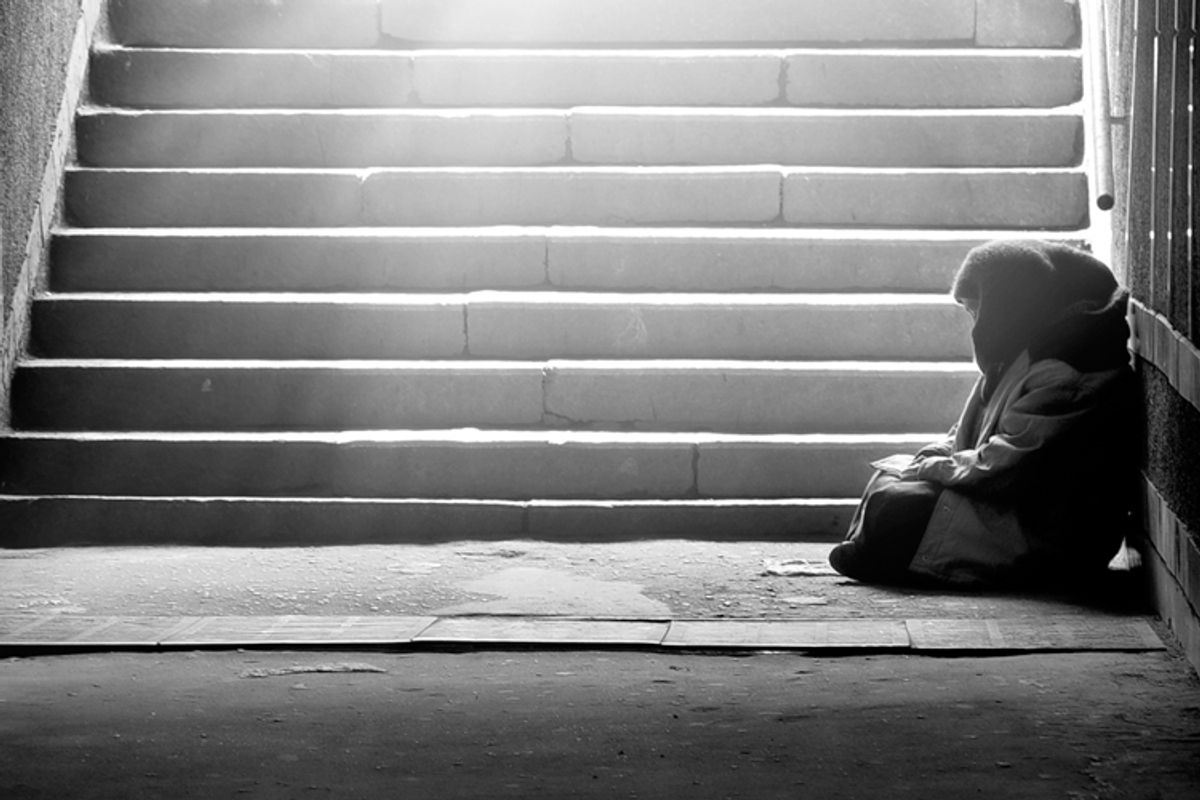 Last week, President Obama gave one of the most important speeches of his presidency when he spoke about the rapidly growing deficit of opportunity in this country. It was the president’s most focused and deliberate address on income inequality to date, but for many it wasn’t nearly alarmist enough, for it didn’t recognize how far this nation has fallen. It’s time we call it what it is: we’ve become a third-world nation.

America has become a RINO: rich in name only. By every measure, we look like a broken banana republic. Not a single U.S. city is included in the world’s top 10 most livable cities. Only one U.S. airport makes the list of the top 100 in the world. Our roads, schools and bridges are falling apart, and our trains—none of them high-speed—are running off their tracks. Our high school students are rated 30th in math, and some 30 countries have longer life expectancy and lower rates of infant mortality. The only things America is number one in these days are the number of incarcerated citizens per capita and adult onset diabetes.

Three decades of trickledown economics; the monopolization, privatization and deregulation of industry; and the destruction of labor protection has resulted in 50 million Americans living in abject poverty, while 400 individuals own more than one-half of the nation’s wealth. As the four Walmart heirs enjoy a higher net worth than the bottom 40 percent, our nation’s sense of food insecurity is more on par with developing countries like Indonesia and Tanzania than with OECD nations like Australia and Canada. In fact, the percentage of Americans who say they could not afford the food needed to feed their families at some point in the last year is three times that of Germany, more than twice than Italy and Canada.

The destruction of labor has been so comprehensive that first-world nations now offshore their jobs to the U.S. In other words, we’ve become the new India. Foreign companies now see us as the world’s cheap labor force, and we have the non-unionized South to thank for that. Chuck Thompson, author of Better off Without Em, writes, “Like Mexico, the South has spent the past four decades systematically siphoning auto jobs from Michigan and the Midwest by keeping worker’s salaries low and inhibiting their right to organize by rendering their unions toothless.” Average wages for autoworkers in the South are up to 30 percent lower than in Michigan.

In Sweden, the minimum wage is $19 per hour and workers enjoy a minimum of five weeks paid vacation every year. In the U.S. the minimum wage is a tick above $7 per hour and workers can expect no more than 12 days of annual vacation. So guess what? IKEA has set up a factory in Virginia. Volkswagen has set up in Tennessee, and the likes of Hyundai, KIA, BMW, Honda, and Toyota have all set up in the South to take advantage of the world’s latest cheap labor source. Moreover, the profits of these foreign companies goes toward stimulating their economies instead of ours.

So, it's amusing when Republicans blame Detroit's bankruptcy on liberal policies because nothing could be further from the truth. Detroit is bankrupt thanks to the Republican business model that has turned the entire South into a third-world banana republic. A business model that the rest of the country is forced to compete with i.e. lower wages, low corporate tax rates, low property taxes, and low environmental and labor protection, which results in a migration of industry and jobs from the northern states, which means a shrinking of the tax revenue base in cities like Detroit. Since 2000, the population of Detroit has fallen 20% and property tax revenue has plummeted 26%. Take this as an illustration of how we are in a never-ending death spiral race to the bottom.

Obama’s speech clearly depicted an America losing touch with its ideals. Not only is the middle-class fast becoming the working poor, but upward mobility is becoming almost impossible to attain. At a time when America should be investing in its own future, it is dealing with a sequestration that was never meant to have happened. It happened because the GOP congress would rather destroy the economy than see a black president succeed. Also, raising revenues runs against the GOP’s fundamental pro-corporate strategy of “starving the beast” i.e. starving the federal government of the revenues it needs so it can use deficits as an excuse to cut programs like Social Security and Medicare and replace them with for-profit alternatives.

“Robust public investment had been a key to US prosperity in the previous century. It was then considered a basic part of the social contract as well as of Economics 101. As just about everyone knew in those days, citizens paid taxes to fund worthy initiatives that the private sector wouldn’t adequately or efficiently supply. Roadways and scientific research were examples. In the post–World War II years, the country invested great sums of money in its interstate highways and what were widely considered the best education systems in the world, while research in well-funded government labs led to inventions like the Internet. The resulting world-class infrastructure, educated workforce, and technological revolution fed a robust private sector.”

America is in urgent need of significant investment. We need to, as Obama said, “not be stuck in a stale debate from two years ago or three years ago. A relentlessly growing deficit of opportunity is a bigger threat to our future than our rapidly shrinking fiscal deficit.”

That’s one part of the solution. The other part is a rejection of the Republican Party business model. A higher minimum wage; higher taxes on corporations and the rich; and a greater percentage of the labor force protected by collective bargaining will help restore the America whose middle-class was once the envy of the world, and whose people were among the happiest and healthiest on the planet.