12 shows that went on way too long

"Californication" is finally drawing to a close, while "The Simpsons" and other zombie shows just keep chugging 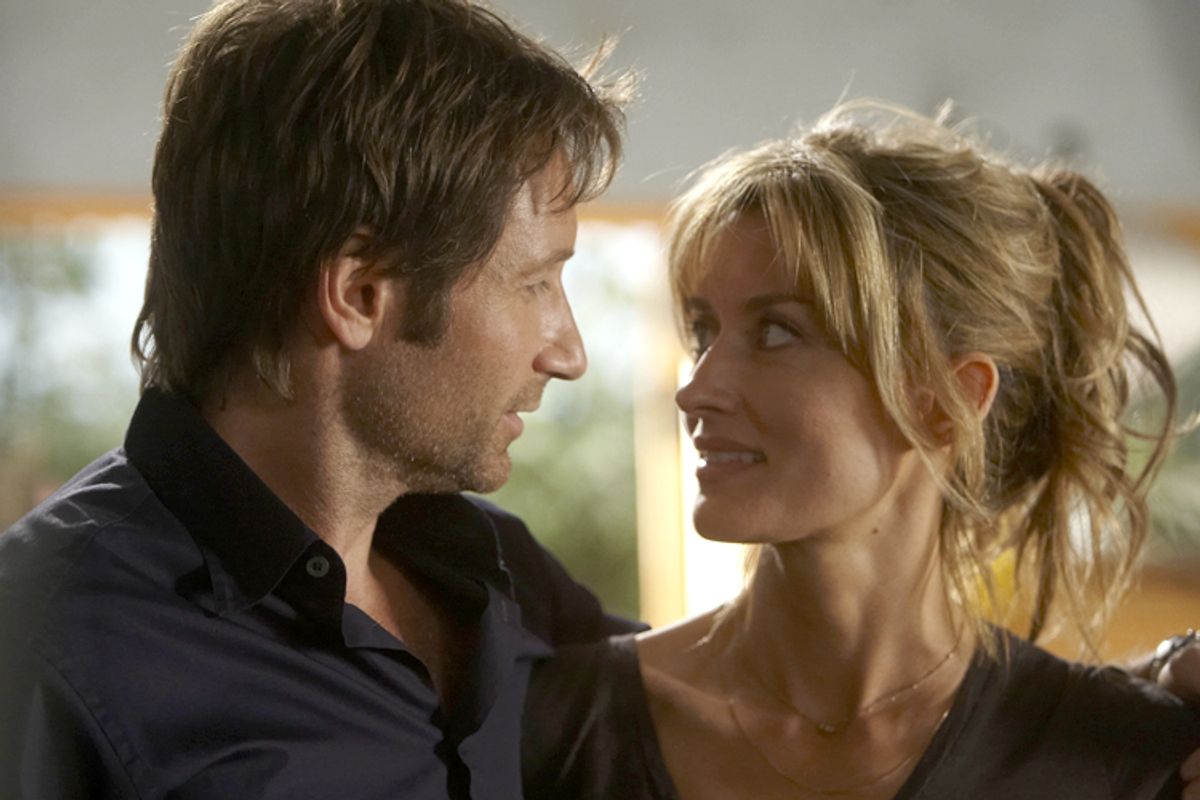 The news that Showtime was only airing one more season of “Californication” -- the series about, if we remember correctly, a novelist struggling with his libido -- came as a shock. That’s because more or less everyone we knew had presumed the show was dead years prior.

Sure, there’s often something superciliously too cool about saying, “I thought that show was canceled.” It can be the present-day equivalent of claiming not to own a TV -- what, you mean I’m meant to be bothered about the petty details of what is and is not airing right now?

But it can come as a surprise to channel surfers that certain shows manage to survive as long as they do. Realities of the TV business (how difficult it is to launch a new show rather than keep an established series on the air, the profits available once a long-running show can be syndicated) don’t always jibe with public awareness, which begins to flit away from a show after its heat dissipates.

“Californication” was never one of TV’s biggest hits, but it had its moments as a minor-key success on cable. By Season 7, though, it feels not merely like a shadow of itself but actually like something that, as far as the cultural conversation goes, actually does not exist. If you or someone you love aren’t watching it, you’d never hear about it.

And the same is true for these still-airing or recently departed series, all of which will leave or have left the air long after their moment of greatest cultural import. They weren’t quite as completely out of the conversation as “Californication,” but their continued survival proves that buzz is hardly the only factor that matters when it comes to a show’s survival.

Californication Frasier Television The Office The Simpsons Tv Will & Grace