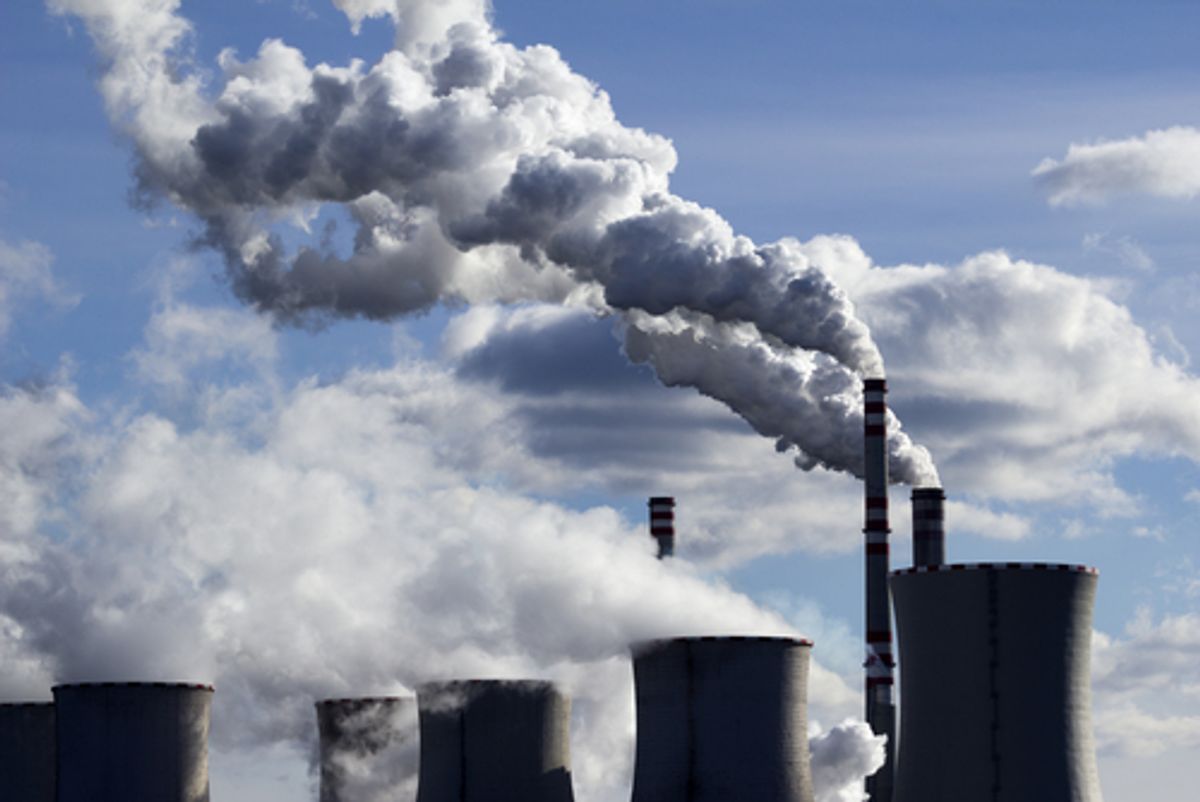 If you thought CO2 was bad, wait until you meet perfluorotributylamine (PFTBA). With "the highest radiative efficiency of any molecule detected in the atmosphere to date," the record-breaking, heat-trapping chemical is about 7,100 times more powerful than carbon at warming the Earth over a 100-year period, according to a new study out of Toronto.

While the knowledge that PFTBA is a greenhouse gas is news to us, the chemical's been used in electrical equipment since the mid-20th century. It's entirely manmade, and because it doesn't occur naturally, there don't seem to be any natural "sinks" that can reabsorb it the way forests and oceans do for carbon. Once there, it can remain in the atmosphere for as long as 500 years.

In terms of sheer volume being pumped into the atmosphere, fortunately, PFTBA doesn't even come close to carbon. Its concentration in Toronto is only about 0.18 parts per trillion -- CO2 inundates the atmosphere at 400 parts per million. CO2 emissions from fossil fuels, therefore, remain the biggest contributor to climate change, with PFTBA barely more than a blip on the radar.

"This is a warning to us that this gas could have a very very large impact on climate change – if there were a lot of it," Dr. Drew Shindell, a NASA climatologist, told the Guardian. "Since there is not a lot of it now, we don't have to worry about it at present, but we have to make sure it doesn't grow and become a very large contributor to global warming."

Still, the researchers point out that PFTBA is just one of a large class of industrial chemicals about which we know nothing, in terms of their effect on the atmosphere, and which remain unregulated by any sort of climate policy.