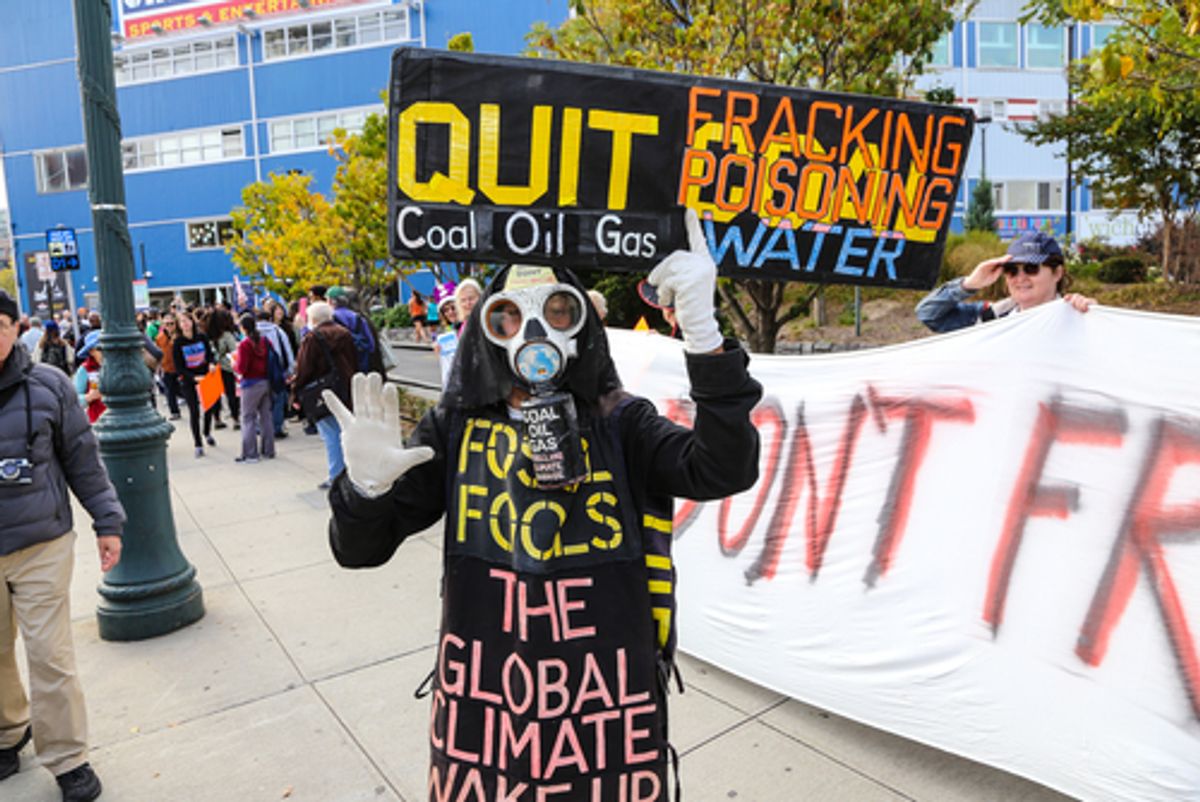 A strict ordinance passed by the Dallas City Council Wednesday requires gas wells to stay 1,500 feet away from homes -- a move that anti-fracking advocates are hailing as a victory and the industry is calling a de facto ban on natural gas drilling. As with the city's old ordinance, which only required a setback of 300 feet, any new drilling sites will have to factor in neighborhood impact and be approved by the council.

“We might as well save a lot of paper” and hang up a no-drilling sign, council member Lee Kleinman told Dallas News. He characterized the ordinance, which passed in a 9-6 vote, as an  “unreasonable and extremist” attempt to keep gas wells out of Dallas. Despite resting on the edge of the Barnett shale, a potential goldmine of natural gas, the city's so far managed to keep drillers away.

In special cases, however, a two-thirds vote from the council could lower the setback requirement. And as the New York Times reported when the ordinance was first introduced, stricter regulation opens the city up to lawsuits from gas companies. >Meanwhile, ThinkProgress points out, any well that does manage to pass the requirements may still pose a hazard:

There’s no evidence that even 1,500 feet is enough to prevent chemical leakage into drinking water. A 2012 Duke University study found that homes within one kilometer, or 3,280 feet, of hydraulic fracturing wells had six times the methane and 23 times the ethane of homes not near wells. And an Earthworks report included video of toxic chemicals like benzene escaping into the air at drilling sites.