Ice Cube, Conan O'Brien and Kevin Hart took a ride from a stranger and it was amazing

The comedians and rapper videotaped their hilarious adventure through Hollywood 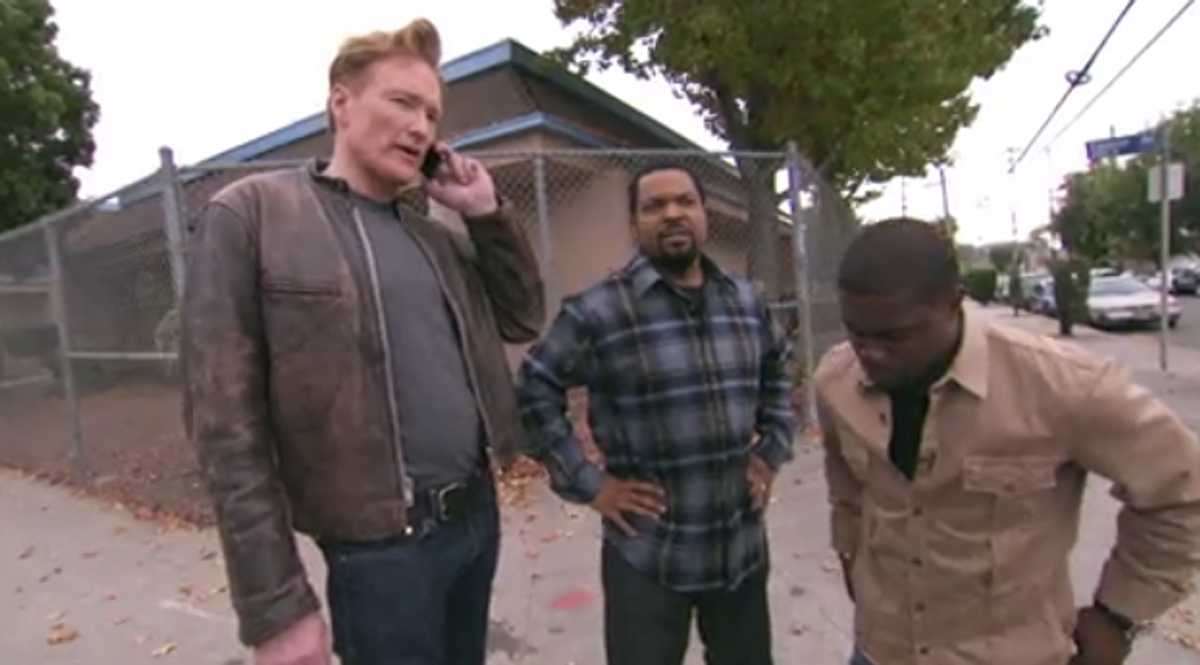 Comedians Conan O'Brien and Kevin Hart and rapper Ice Cube thought it would be fun to hitch a ride from a total stranger and videotape their adventure -- and they were right. Using a ride-sharing app called Lyft, O'Brien found a nice guy with "close-cropped hair" named Anthony to drive the celebs around Hollywood.

While Cube grew impatient after five minutes of waiting for the car, Hart grew more and more concerned, saying, "I'm not saying that I'm scared, cause I'm not, but this ain't safe."

Thankfully, Anthony arrived just when a woman -- who may or may not (OK, probably not) have been looking to make a shady deal -- walked by.

"Would you ever take sex as a payment," asked O'Brien, once in the car, just before Cube attempted to rob Anthony.

During their adventure, they stopped at a convenience store, tried to get Anthony a date, and drove by some police officers. And all the while, O'Brien was the butt of most of the racially charged jokes. "Hey. Hey, now that Conan is out," Hart leaned over to ask Anthony at one point. "You like white people, or --?"