"When you criticize something and you have no idea what you’re criticizing, you’ve lost your credibility" 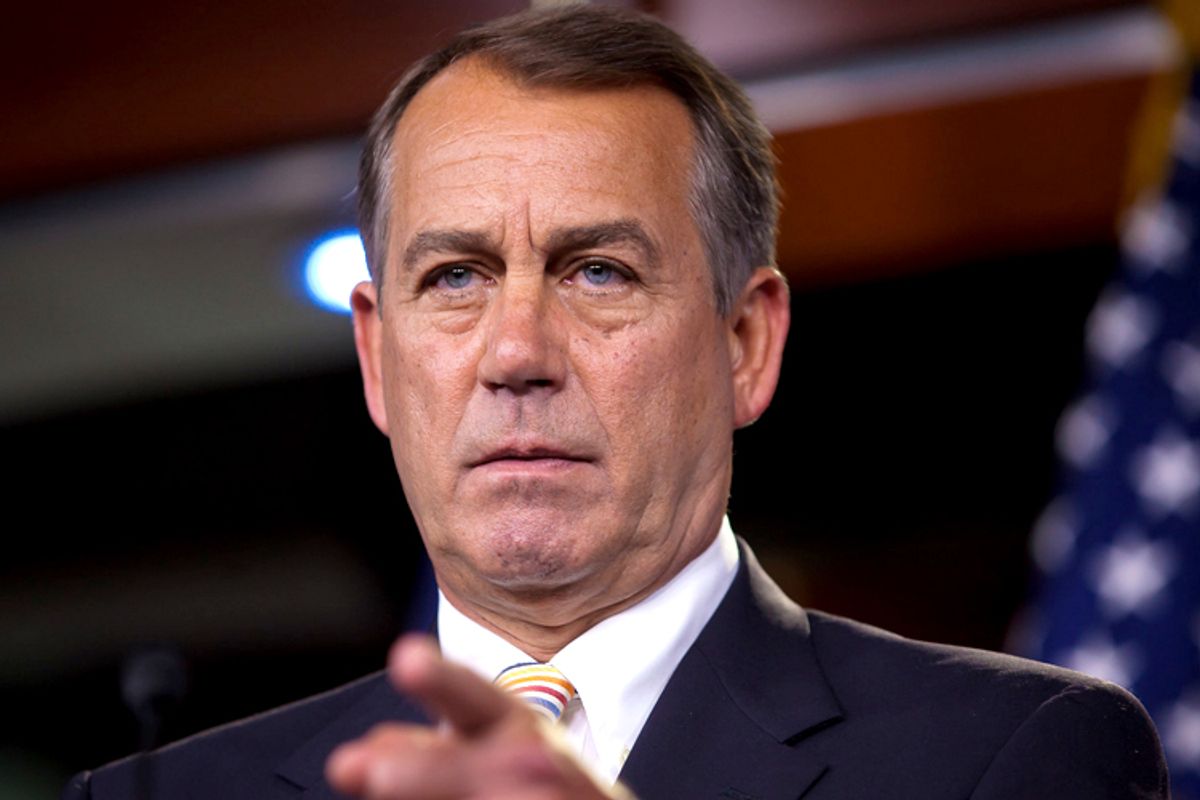 At his press conference on Thursday, Speaker of the House John Boehner took some big rhetorical shots at the outside, grass-roots conservative organizations that are mobilizing in opposition to the proposed Ryan-Murray budget deal.

Making reference to the fact that many of these outside groups — like the Club for Growth or Heritage Action — came out in opposition to the Ryan-Murray deal before its details were released, Boehner said, “When groups come out and criticize an agreement that they’ve never seen, you begin to wonder just how credible those actions are. Frankly, I think they’ve lost all credibility.”

When asked by a reporter whether he believed these outside groups should stop organizing against the deal, Boehner was dismissive. “I don’t care what they do,” he said.

Boehner's rant comes on the heels of a similar jeremiad, delivered on Wednesday, during which Boehner said that conservative groups were "using our members and ... the American people for their own goals."

"This is ridiculous," he added.