Don't worry, he makes it out alive 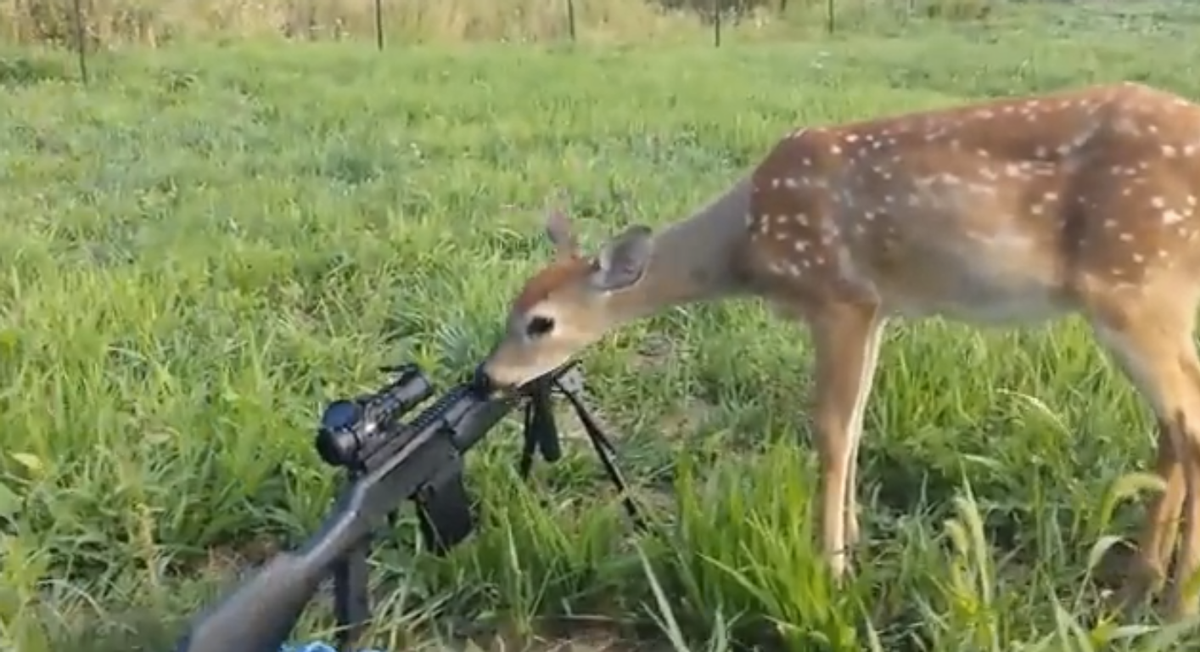 In what's being billed as a "hunting fail," a young fawn walked right up to a group of men in the middle of target practice and proceeded to lick one of the shooter's guns.

According to the video's description, the deer, named Dinner, was raised by a rehabilitation specialist after its mother was killed by a car, and was only recently returned to the wild.

If you'd like, you can call it a courageous anti-gun statement from a defiant four-legged activist. Or a beautiful example of the potential for humans and animals to form meaningful bonds. Or a bad omen for Dinner's future (as if the name weren't enough).

Either way, the interaction wasn't the kind of thing you see every day: