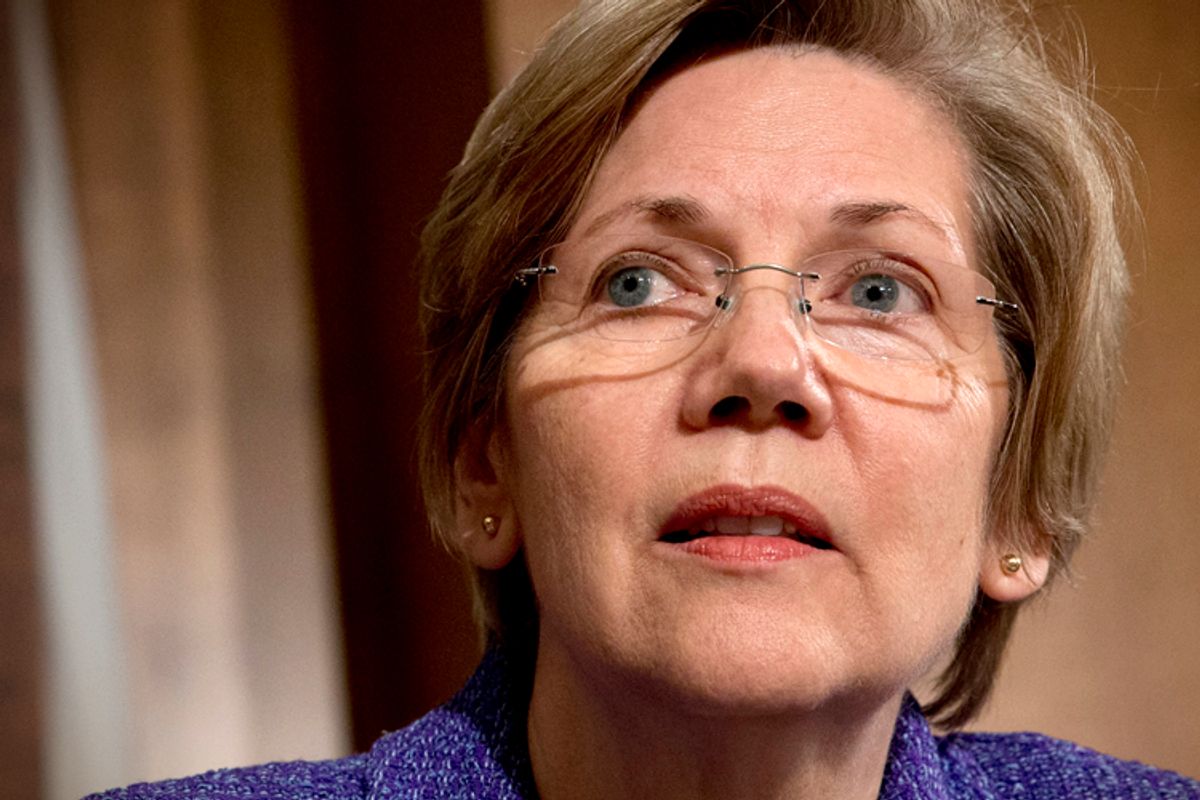 The Overton Window has shifted! At least in the case of Social Security.

The Overton Window — named for the late Joseph P. Overton of the Mackinac Center for Public Policy — is the frame through which acceptable options for public policy are viewed at any given time. Options that are outside of the frame (or "outside the box," to use another metaphor) are deemed unworthy of consideration or mention by the bipartisan establishment, no matter how compelling those options may actually be. The Overton Window tends to be positioned by the owners and bureaucrats of the major media, who tend to share an elite consensus with politicians and the donors who fund them.

It’s safe to say that, within the bipartisan oligarchy, the alleged need to cut Social Security remains the consensus. But the Overton Window has shifted just a little to the left, and the idea of expanding Social Security, hitherto invisible through the frame, is now in the public field of vision.

The movement of the idea of expanding Social Security — from lunatic fringe idea to respectable subject of discussion — has been remarkably swift. For decades there have been a few lonely voices calling for benefits to be expanded, but they were consistently ignored. In recent years, the idea of expanding Social Security benefits has been promoted by the blogger Duncan Black (“Atrios”), the Progressive Change Campaign Committee, Social Security Works and others. And in 2012 Sen. Tom Harkin introduced a bill to use a different inflation measure to raise Social Security — rather than using different measurements of inflation to cut benefits for the elderly, as President Obama and some other centrist Democrats and conservative Republicans had proposed.

My colleagues Robert Hiltonsmith, Steven Hill, Joshua Friedman and I may have played a small role in shifting the Overton Window in the spring of this year, by publishing “Expanded Social Security: A Plan to Increase Retirement Security for All Americans.” Knowing that our plan failed the test of political realism at the present moment, we proposed a truly radical expansion of Social Security to shock the commentariat into acknowledging the fact that the program is becoming more important to most Americans, thanks to the decline and failure of the other two “legs” of the traditional retirement security tripod — employer-provided defined contribution pensions and 401Ks. Widespread and surprisingly favorable reaction to our proposal among bloggers and journalists showed that the message was getting out.

Most important of all was Massachusetts Sen. Elizabeth Warren’s speech on Nov. 18, in which she endorsed the heretical idea of expanding Social Security, voiced support for the Harkin proposal and declared:

“We should be talking about expanding Social Security benefits — not cutting them.”

Reaction from the defenders of orthodoxy was swift. Jon Cowan and Jim Kessler, the president and vice president, respectively, of Third Way — a “centrist” think tank funded largely by Wall Street financiers, and associated with the right wing of the Democratic Party — published an Op-Ed in the conservative Wall Street Journal denouncing the “economic populism” of Warren and newly elected New York Mayor Bill de Blasio.

Social Security is exhibit A of this populist political and economic fantasy. A growing cascade of baby boomers will be retiring in the coming years, and the Social Security formula increases their initial benefits faster than inflation. The problem is that since 2010 Social Security payouts to seniors have exceeded payroll taxes collected from workers. This imbalance widens inexorably until it devours the entire Social Security Trust Fund in 2031, according to the Congressional Budget Office. At that point, benefits would have to be slashed by about 23%.

Undeterred by this undebatable solvency crisis, Sen. Warren wants to increase benefits to all seniors, including billionaires, and to pay for them by increasing taxes on working people and their employers. Her approach requires a $750 billion tax hike over the next 10 years that hits mostly Millennials and Gen Xers, plus another $750 billion tax on the businesses that employ them.

Cowan has made a career of using specious arguments that pit old people against young people. In the 1990s, he founded an organization called “Lead or Leave,” one of many “Astroturf” groups funded by the right-wing billionaire Pete Peterson to argue for cutting Social Security rather than make it solvent by raising taxes somewhat on the rich. But as far back as 1997, Henry Aaron of the Brookings Institution had already demolished the Petersonian argument that Americans must choose between funding seniors and investing in children and young adults:

What about the projected decline in the ratio of workers to retirees — from roughly 3 to 1 in 1995 to roughly 2 to 1 by 2035? It looks as if each worker, who now takes care of one-third of a retiree, will have to take care of half a retiree in 2035—a 50 percent increase. But the real financial burden workers everywhere and at all times face is the need to support everyone who does not work, not just the elderly, as well as themselves. The total population per 100 workers... at a long-term high in 1960, has since fallen about 20 percent to a long-term low. The principal reasons have been a drop in the number of children per worker and, to a smaller degree, a rise in the proportion of women who work (hence, a drop in dependent non-aged adults). The number of elderly retirees per worker has risen, but not much. Over the next 45 years, it will rise rapidly. The number of dependent non-aged adults per worker is projected to stop falling, as a decrease in the share of men who work more than offsets some further increase in the share of women who work. Partially offsetting these trends, the number of children will keep dropping.

The total number of mouths each worker has to feed will rise about 6 percent over the next 45 years, not the 50 percent suggested by focusing only on retirees. Worker productivity growth of barely 0.1 percent a year would offset that burden. In 2040, the burden will be 16 percent lower than in 1960.

The editorial board of the increasingly right-wing Washington Post has also been a guardian of what I think of as “One Percentrism,” missing few opportunities to call for slashing entitlements for the middle-class elderly. In her speech in support of Social Security expansion, Sen. Warren mocked a Washington Post editorial that had denounced the very idea. According to the conservatives of the Washington Post’s editorial board:

The Harkin-Sanchez proposal would change Social Security benefit formulas to produce an average increase of $60 per month, plus a more generous annual inflation adjustment, than the program uses now. It also would extend the life of the notional trust fund from which benefits are drawn by 16 years. To pay for this, the bill would subject all wage and salary income to the 12.4 percent Social Security payroll tax, as opposed to only drawing from income up to $113,700 as is presently done. For someone earning $200,000 per year, this would mean a tax increase of more than $4,000 per year. For someone earning $1 million, the tax increase would be $58,700.

And exactly why is this bad, O Great and Wise Washington Post Editorial Board?

It’s a massive transfer of income from upper-income Americans to the retired.

Oh, OK. We get where you’re coming from.

Back on March 23, 2011, the Washington Post published an Op-Ed under its “left leaning opinion section” by Robert Pozen, a financial industry executive and the author of a plan to radically slash Social Security benefits who happens to be a Democrat. As Jamison Foser of Media Matters observed at the time:

That’s what passes as a “left-leaning” viewpoint in the Washington Post’s opinion section. A column calling for a reduction in Social Security benefits written by a former Romney administration official whose previous Social Security proposals have been embraced by George W. Bush, the Heritage Foundation and the Cato Institute and derided as “Bush lite” by liberal economists.

But the days when right-wing Democrats like Pozen and the operatives of Third Way are anointed by the prestige media to represent the left-most acceptable opinion about Social Security appear to be over. Nobody should underestimate the difficulty of enacting the relatively modest increases in Social Security benefits called for in the Harkin bill and endorsed by Warren — to say nothing of expanding Social Security much more, in order to compensate for inadequate pensions and private saving, as my colleagues and I have proposed. But the discussion has changed from a debate about how much to cut Social Security to one about whether to cut Social Security or expand it. That is real progress.