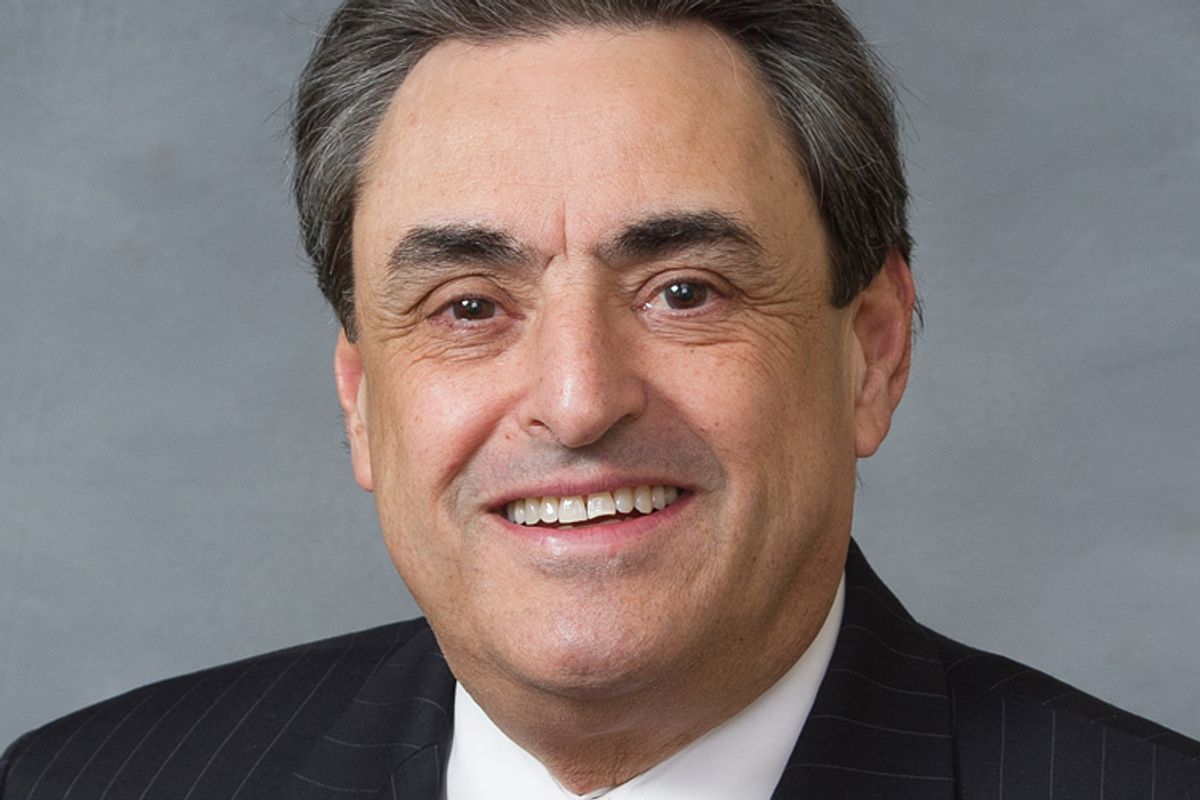 What's the difference between Hitler, Stalin, Osama bin Laden and Barack Obama? According to North Carolina state Sen. Bob Rucho, the answer is: not much. Well, that's not quite true; there is a difference. As far as Rucho is concerned, when compared to Nazis, Soviet Communists and radical jihadists, Barack Obama is indeed different — in fact, he's worse.

Justice Robert's pen & Obamacare has done more damage to the USA then the swords of the Nazis,Soviets & terrorists combined.

Responding to an outcry from the many who found the tweet offensive, Rucho defended himself in two ways. His first defense came in form of yet another half-legible tweet:

Those that tweeted, put your thinking caps back on:"The PEN is mightier than the SWORD."Edward Bulwar-Lytton,1839. But surely you knew that.

But Rucho also spoke with Mark Binker of WRAL.com and argued that his tweet was intended to highlight simply the economic consequences of Obamacare vs. the murderous tyranny of Nazis, Stalinism and radical Islam. "I was concerned about the fact that there are 6 million people who have lost their healthcare due to Obama," Rucho told Binker. Rucho also said he would have expressed the same point more fully in an Op-Ed, if only someone would let him. "It would be nice if someone would accept some of [my] Op-Ed pieces," Rucho said.