A New Mexico teacher questions a black student's costume -- can we stop this nonsense now? 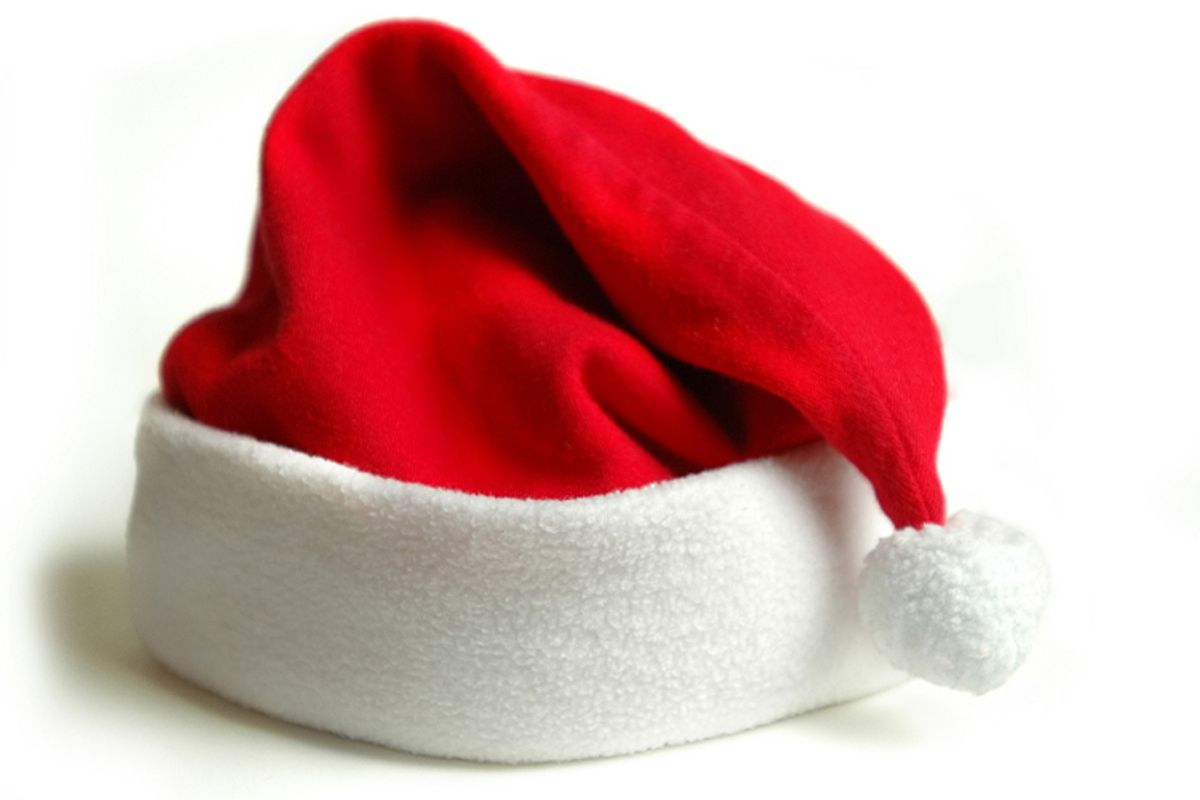 In case you thought Megyn Kelly was an isolated example of the ferocious, ridiculous lengths to which some people will go to maintain an imaginary figure's whiteness -- a New Mexico teacher was disciplined last week for challenging an African-American's student's Santa costume.

Christopher Rougier, a ninth grader at Cleveland High School, was participating in a dress-up event in which students came as Santa, elves or reindeer. But when Rougier's teacher saw the boy in a Kris Kringle hat and beard, he reportedly told him, "Christopher, don't you know Santa Claus is white? Why are you wearing that?" Thanks to his teacher's condescending, ignorant remarks, his family says the boy now feels too ashamed to wear the costume again.

In an interview with KOB-4 local news, Rougier's father Michael said, "There's no room for that in the classroom. Whether this teacher felt Christopher may have been wearing this out of context, there's no room for it." Michael, who is white, added, "If it's not for parents like me that's part of interracial families to say, it's time to stop this... it's time to stop. I have to fight for my boys." And another parent, who chose to remain anonymous, asked KOB Eyewitness News, "If [the teacher] has that attitude, how is it affecting students, studies, grading habits, trending toward Caucasian kids?" A spokesman for the Cleveland High School says that teacher made a "dumb" mistake and have disciplined the teacher, who has apologized to the family. Christopher Rougier has also moved now to another classroom.

Finding offensive ways to talk about Santa's race has become something of a theme this holiday season. Earlier this month Indiana University "diversity program" created an ill-advised display devoted to asking, "Can Santa Claus be a black man?" It featured a jazzy, sax-playing St. Nick and pondered, "If Santa is a black man, would you let him come down your chimney?” and "If Santa Claus is a black man, wouldn’t he only visit the ghetto?"  And then FOX out-dumbed itself last week when Megyn Kelly responded to a Slate story challenging  "the whole 'white-as-default' notion  endemic to American culture" by telling the youth of America, "For all you kids watching at home,  Santa just is white. But this person is maybe just arguing that we should also have a black Santa. But, you know, Santa is what he is, and just so you know, we're just debating this because someone wrote about it, kids." (She also insisted Jesus is white, conveniently forgetting that he's from the Middle East.)

It's true that Santa has traditionally rocked a particularly pale complexion, even if his inspiration St. Nicholas hailed from what is now Turkey. His color, like his corpulence, is part of the current image. But it should seem obvious that his look, like his myth itself, can be adapted. And the more a few scared dopes dig in and insist that he has to appear a certain way – that he has to resemble them – the dumber they sound. If you honestly give enough of a damn about Santa Claus to have an opinion about him, then you ought to know he represents the spirit of generosity and unconditional acceptance. If he were a real person, which he is not, he wouldn't give a damn what color you are. Maybe now Christopher Rougier's teacher has learned that.