Back off, haters! Hall & Oates rule

The new Rock and Roll Hall of Famers get no respect, but they're pop geniuses 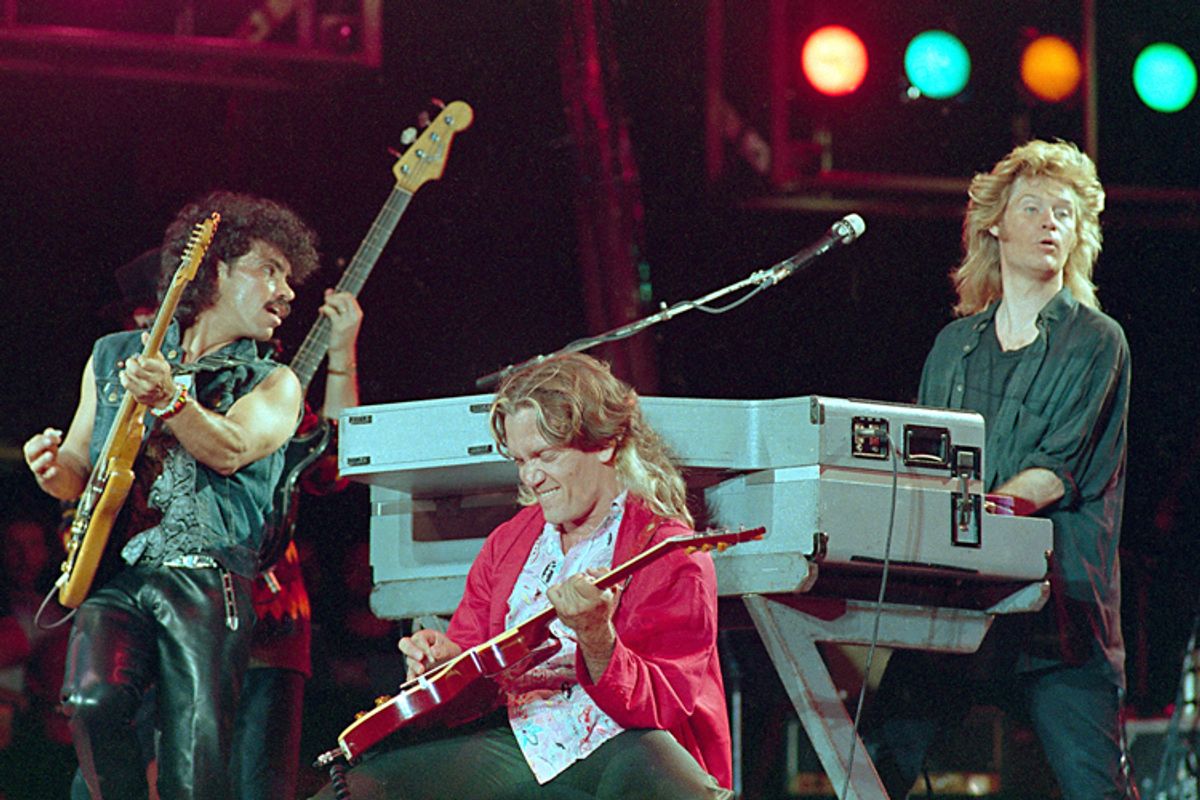 There are the groups that are so uncool they're cool. It was all fun and games when "The Sopranos" and "Glee" made it acceptable for tuneless schmos across the land to belt out Journey in their karaoke sets, or when "Breaking Bad" gave Badfinger a retro cachet. And then there are those acts that are universally indefensible, the ones that make your friends groan in disgust. But the heart wants what it wants. And I want you, newly minted Rock and Roll Hall of Famers Hall & Oates.

As a Daria-quoting, Dave Eggers-reading, Sassy-magazine loving Gen-Xer who spent a good part of the '90s with Goody baby barrettes in her hair, I'm naturally glad about fellow inductees Nirvana too. Nirvana: brilliant, anguished, innovative, original. Sure. And I get that other honorees Linda Ronstadt, Peter Gabriel and Cat Stevens all have impressive legacies, that even the more contentious choice, KISS, has a firm place in music history. But Hall & Oates? Oh God, how did they squeak in? Who likes Hall & Oates? Who admits to liking Hall & Oates? Oates' mustache alone has provided decades of jokes. They're the musical equivalent of mom jeans, right? Well, not so fast, haters.

The blue-eyed soul boys from Philly were not overnight successes. Their first few studio releases went almost nowhere. And then, at a mid-'70s moment when punk was breaking, when disco was taking over the dance floor, they unexpectedly found themselves with their first hits – the quiet, unabashedly romantic likes of "She's Gone" and "Sara Smile." With their naively simple lyrics and Hall's soaring falsettos, the music seemed to set a new bar for "soft rock." But those early singles have a bittersweet edge that lingers powerfully. And they were no fluke. Long before Pulp sang of the sexual class war in the brilliant "Common People," Hall & Oates were calling out the "Rich Girl" who knows "It's so easy to hurt others when you can't feel pain." The distinctive beats of "I Can't Go for That" would influence Michael Jackson's "Billie Jean" and find their way into a boatload of rap samples.

Yet it's the way the group's biggest hits sound so damn effortless that makes it so easy to dismiss them. Smashes like "Kiss on My List," "You Make My Dreams," "Out of Touch" and "Say It Isn't So" go down like lemonade on a hot day. They don't challenge you to understand them; they defy you, Mr. and Ms. Cool, to enjoy them. They are unapologetic pop songs, all shivery vocals and Motown-inflected harmonies and silliness about private eyes and maneaters. They are accompanied by videos that are so cheesy, so embarrassingly '80s, you wonder what on earth the people who made them could have been thinking. Hall & Oates have sold millions and millions of records. They are the most successful duo in music history. Yet to this day, almost no one will cop to actually liking them.

But music doesn’t have to be broody or tortured or pissed off to be pretty damn great. Happiness is authentic too. And the irrepressible melodies of Hall & Oates endure because they achieve something unique. They nod to the lushness of Phil Spector's Wall of Sound; they riff on traditional soul but refuse to pledge full allegiance to it. They shine. When you hear a song like "One on One," you get that they're being playful – quite literally, it's a song that uses sex as a sports metaphor – but they're doing it with tremendous finesse.

Even in their heyday, it's never been particularly fashionable to like Hall & Oates. But listening to their biggest hits now, they hold up remarkably well. And you can hear their impact all over more critically accepted artists like Mayer Hawthorne and Death Cab for Cutie.  If you watch Hall's series "Live From Daryl's House," you can get a sense of why. Watch how effortlessly hip-hop star Chiddy Bang – not your typical Hall & Oates fan -- slips into a Daryl Hall kind of groove. Then see Minus the Bear turn around and do the same.  It's because the music is so gorgeously fluid, so confidently classic, so ever ready to be dressed up or stripped down.

Music has always been full of angry young men kicking over the statues. What's raw is often granted a respect that what's polished is not. And true pop, in all its brightly colored, exuberant glory, rarely gets its due. But the artists who are really good at making pop songs – the ABBAs and the Elton Johns and the Carpenters – are a very special lot. They say it's OK to be a little corny, because there's sincere joy in the corny. They sport unironic facial hair and their dance moves are a little off. They invite you to do something really radical for the space of three and a half or so minutes – to just shut up and be happy. And if you can't go for that, you are so missing out.