Why is this still a debate? 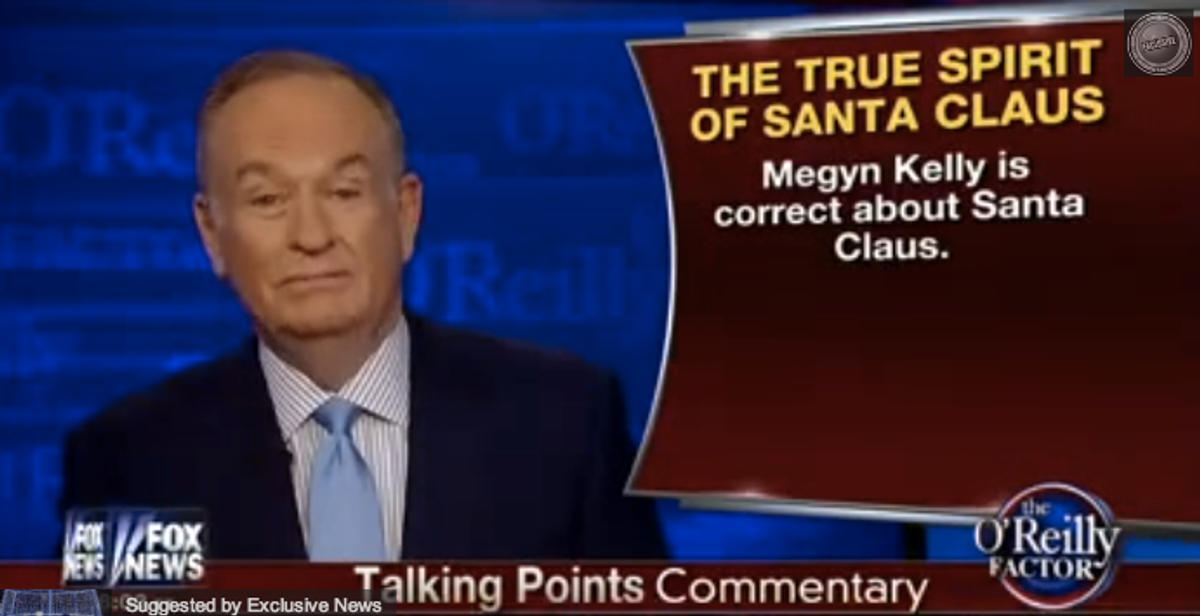 Oh good, human embolism Bill O'Reilly has weighed in on the non-debate debate (and now, joke) started by Megyn Kelly, that Santa Claus "just is" white. Upon reading Aisha Harris' column in Slate, which proposed the idea that Santa -- who is not real -- can therefore be any race, Kelly insisted on Fox that, "for all you kids watching at home, Santa just is white. Santa is what he is, and just so you know, we’re just debating this because someone wrote it about.”

O'Reilly, who also moonlights as a shoddy historian, traced Santa Claus imagery through history and then asserted that "Ms. Kelly is correct. Santa was a white person."

Though O'Reilly was very sure to make that specific statement about Santa's race, he went on to say, "Does it matter? No, it doesn't matter, the spirit of Santa transcends all racial boundaries." (But to be clear, this fictitious dude is most definitely white and please don't forget that.)