Meet the wheelchair-bound Ph.D. student at Stanford who tried to return from Malaysia in 2005. She's still trying 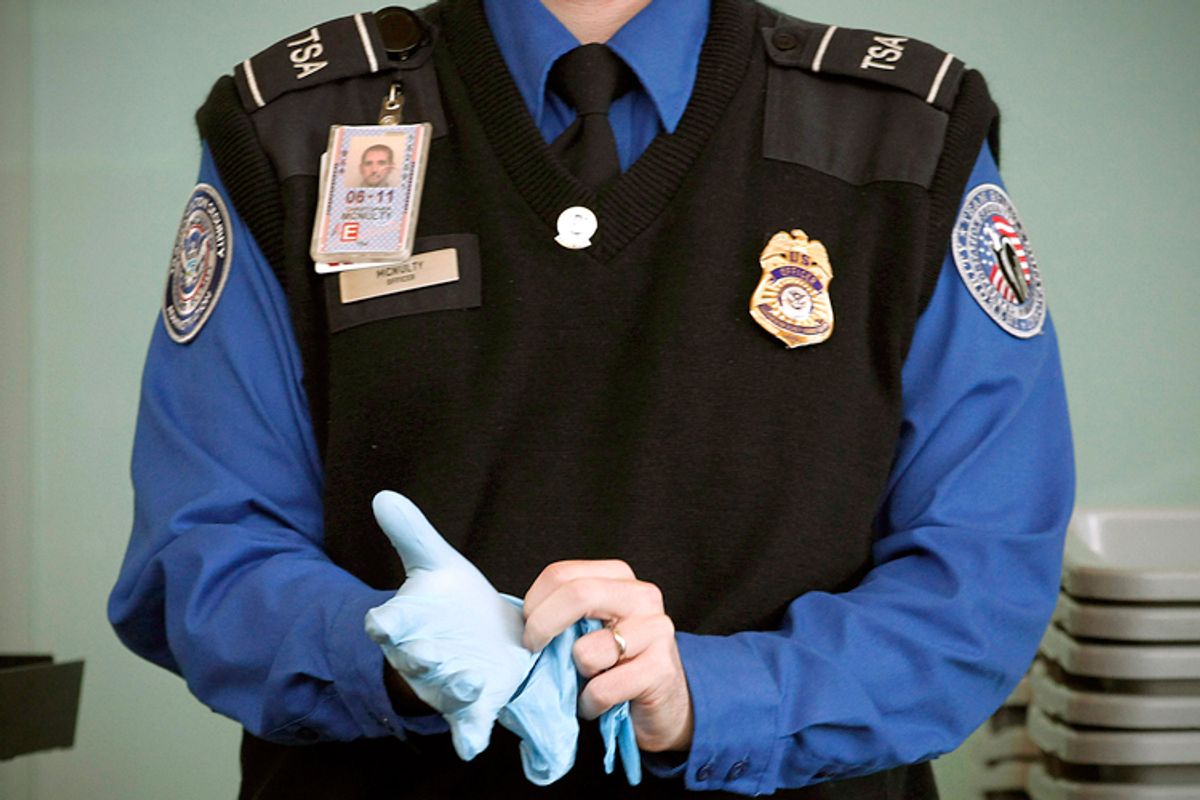 For obvious reasons, air travel can often be a cause of anxiety for ordinary travelers. The cramped conditions, the lack of control, the existential fears associated with flying itself – all these factors can contribute to making the experience of air travel unpleasant; even something to be dreaded. However, on top of all this, in the post-9/11 era the American government has created a very real fear among air travelers that the experience of flying to and from the United States may result in the loss of their basic liberties and human rights.

Airport border checkpoints have essentially today become civil rights-free zones, places where normal social injunctions against racial profiling and discrimination seem to no longer apply, and where ordinary travelers live with a legitimate fear of being detained or harassed by authorities. In the most egregious cases, completely innocent people have been renditioned abroad for torture while simply trying to make a connecting flight. These fears are sadly all too real for many, and if you are part of certain disfavored minority groups (primarily individuals whose background identifies them as being from a Muslim-majority country), the normal anxieties of air travel often tend to be the least of your fears.

The case of Rahinah Ibrahim offers a particularly illustrative example of the types of life-altering situations that develop out of simply attempting to take a routine flight.

In 2005 Ibrahim was a Ph.D. student at Stanford University attempting to fly to Malaysia from San Francisco for a university-sponsored conference to present her doctoral research. Wheelchair-bound at the time, Ibrahim found herself suddenly detained while trying to board her flight. FBI agents handcuffed her and drove her to a holding cell where she was interned for several hours. During this time she was questioned about her religious beliefs, whether she attended a mosque, and whether she was involved with any community organizations in the San Francisco area. She was denied requests to take her medication, and at one point was threatened by an FBI agent who screamed: ”Don’t make me angry. You won’t like me when I’m angry!”

A slight and soft-spoken woman, Ibrahim is hardly someone who could be mistaken for a hardened terrorist. A member of an interfaith spiritual group that served hospital patients in the Stanford area, she was reportedly humiliated and harassed for hours before being released with a form indicating that the government was “satisfied that there are insufficient grounds for making a criminal complaint.” Shaken and in tears, she boarded her flight and proceed onward. At no time was it disclosed to her why she had been detained.

Although the FBI had formally indicated that Ibrahim had been cleared of being a security risk, this turned out to be only the beginning of her ordeal. Upon her journey back to the United States she found that she had been placed on a no-fly list, which would bar her from returning to her home in California. It has now been eight years since that day, and Ibrahim is still in Malaysia.

This past week, Rahinah Ibrahim’s lawsuit challenging her placement on the government no-fly list commenced in San Francisco. Since she is still barred from flying to the United States, her arguments are today being heard in absentia. Trapped in an otherworldly legal maze worthy of Franz Kafka, the government has refused to even acknowledge she is on the no-fly list -- at her own no-fly list trial.

In a video deposition Ibrahim said she hoped that in addition to clearing her name and allowing her to return to the United States, the trial would prevent these abuses from being continued:

Indeed, the outcome of the trial may hold serious implications for the government’s utterly opaque watch-list system. According to recent figures there are upward of 700,000 people currently in this database, none of whom have any of way of knowing they are there, what they may have done to fall under suspicion, and how they can clear their names if innocent. It is a system completely divorced from public oversight or scrutiny, a massive and ever-growing list of people nebulously alleged to be "suspicious" with no rationale provided and no method of recourse provided. Compounding this opacity is the apparent arbitrariness of the database. According to SUNY professor Anya Bernstein, “If you’ve done the paperwork correctly, then you can effectively enter someone onto the watch list ... there’s no indication that agencies undertake any kind of regular retrospective review.”

Furthermore, as detailed by professor Jeffrey Kahn in his book on "Mrs. Shipley's Ghost: The Right to Travel and Terrorist Watchlists,” those in charge of these databases have nearly tyrannical power over the lives of the people they decide to place under suspicion:

Ibrahim’s lawsuit is the first legal challenge to this system and it offers the hope of potentially opening it up to broader public oversight and review. While she awaits the verdict and its aftermath, she remains barred from returning to the United States, her life placed on hold but indelibly altered all the same.

It is important to remember that these are real people whose lives are being destroyed by an apparently out-of-control legal process that makes ordinary travel something for innocent people to dread. While maintaining airline security is an essential role of the federal government and law enforcement agencies, the right of innocent people to travel without fear of discrimination, harassment and detention is equally important to maintaining the prosperity and openness of American society.

We must not turn away from the plight of people like Rahinah Ibrahim but instead work to ensure that these types of terrible episodes cease to occur. In a free country the border simply cannot be a "civil rights-free zone."