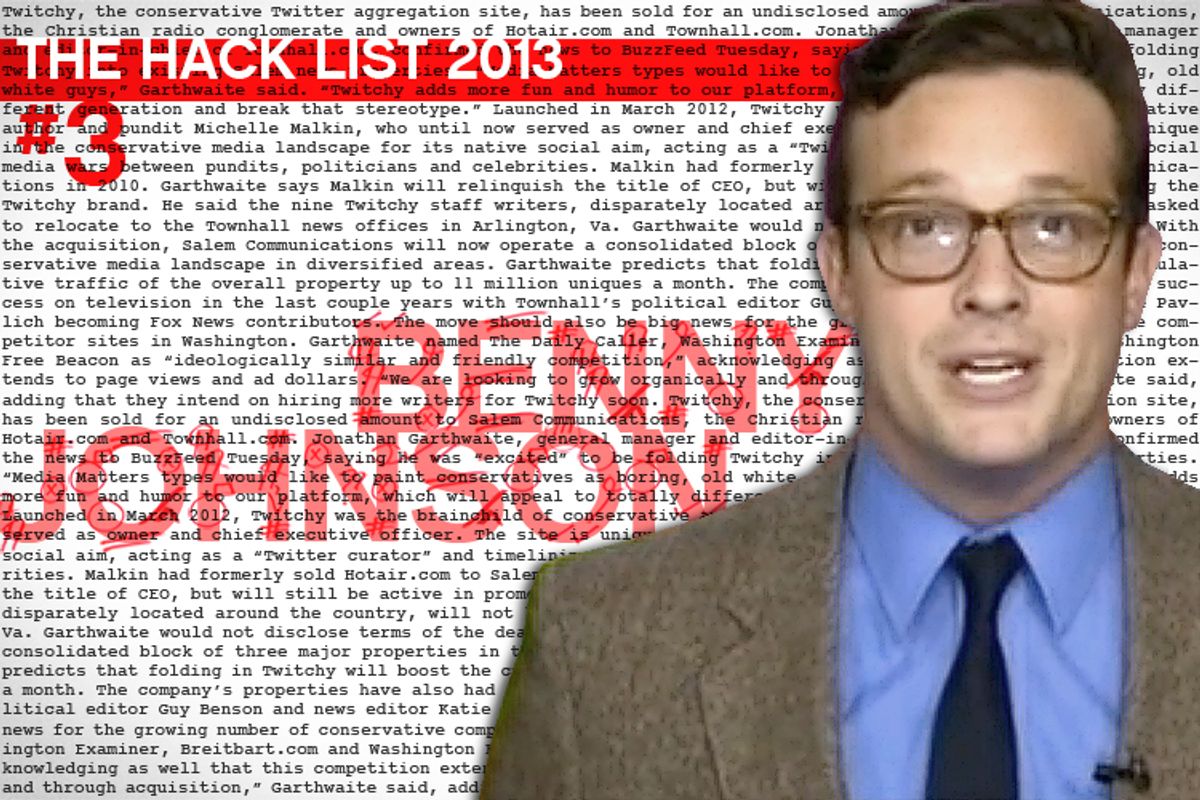 The amazing true story of the worst person at BuzzFeed

This is Benny Johnson (Once more, via FeedBuzz. It's almost as if this post relies heavily on aggregation already performed by others!)

Buzzfeed refined a style of web writing that at this point is scarcely web "writing." It is a sort of one-page scrolling picture book with some bits that move. Buzzfeed uses this form primarily to create harmless diversions, but also sometimes to "report" news!

Some of the people who produce these things at Buzzfeed make picture-stories you could describe as funny, or even witty

Is it still plagiarism when no one at either end of the act is using their grown-up words anymore?

Back to Benny. He used to work for a website called The Blaze

The Blaze was started by a guy named Glenn Beck

Glenn Beck is a "demagogue," which is kind of like a "Doge" except intensely nationalistic and designed to foment an in-group's hatred for and paranoid fear of various out-groups.

In July 2013, Johnson "wrote" a Buzzfeed post headlined "The Story of Egypt's Revolution in 'Jurassic Park' Gifs." And that's exactly what it was.

Basically every decent person agreed that this had crossed some kind of line. It was not cute anymore!

The critics said: "The deaths of hundreds of Egyptians—including more than 40 allegedly peaceful protestors who were shot just yesterday—metaphorically reenacted via computer-generated dinosaur maulings." Ouch!

But then they saw the traffic and they were like

But I bet many of the people who work with Johnson, most of whom aren't moral cretins, are like

Benny also once wrote a thing about how Cory Booker had an innocuous exchange with a sex worker on Twitter. It wasn't as vile as the Egypt post but it was equally contemptuous of the reader/viewer/clicker, relying heavily on childish innuendo, salacious nude photos, and the unsupported implication of some sort of impropriety on Booker's part. Everyone who read it was like

"Ronald Reagan was the presidential master of YOLO." -- an adult with a prestigious job in journalism