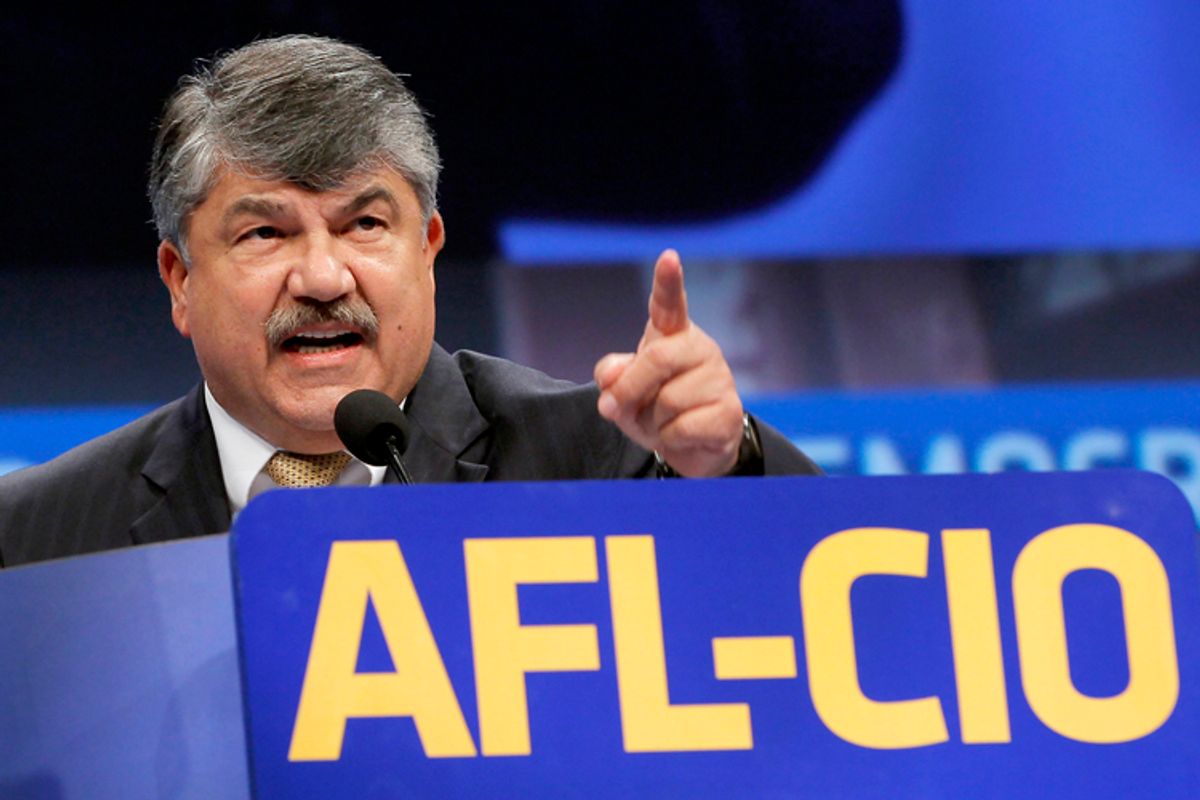 Speaking at a Politico event, AFL-CIO President Richard Trumka argued that the country's political mood was shifting and that populism — as embodied by figures like Sen. Elizabeth Warren or pope Francis — was a winning political strategy.

“Populism works. It works. If it’s your message, and what you believe in, and it’s your policy. It’s what Americans believe in,” Trumka said.

Yet despite populism's growing appeal, politically, Trumka argued that Washington's policies don't yet fully reflect the public's changing mood. “There’s a growing trend toward populism in this country. But the policies haven’t caught up with what Americans believe,” Trumka said.

He also blamed Democrats for being overly cautious in their embrace of populism, arguing that Republicans were in a vulnerable position and that the time was right to push the Harken-Miller bill, which would raise the nation's minimum wage. “Populism can’t be a bumper sticker in October," Trumka said. "Republicans are shooting themselves in the foot, but the Democrats aren’t capitalizing on it. Talk is cheap. Don’t just talk the talk. Walk the walk. Put forward the Harkin-Miller bill. Fight for it. Hold people accountable."

“Every day is really a challenge just to get by because those without a job are struggling,” Trumka said. “They get left behind, we lose GDP, we lose jobs, we lose buying power, and everybody ultimately suffers.”

Trumka said that the unions can capitalize on the populist outcry by bringing progressives together from the grass roots around shared principles.

“All of us are having a difficult time because of the entrenched problem that exists in the political system through money,” he said. “We [must] start educating people about the economy at the grass-roots level — not just our members.”

On the role of unions in political process, Trumka also called for the “restoration of collective bargaining” in the United States, trumpeting organized labor as the chief way to address growing income inequality in the country.

“You have the wage stagnation that could be helped if we restore the right to have collective bargaining to more people,” Trumka said.

Watch Trumka's interview below, via Politico: