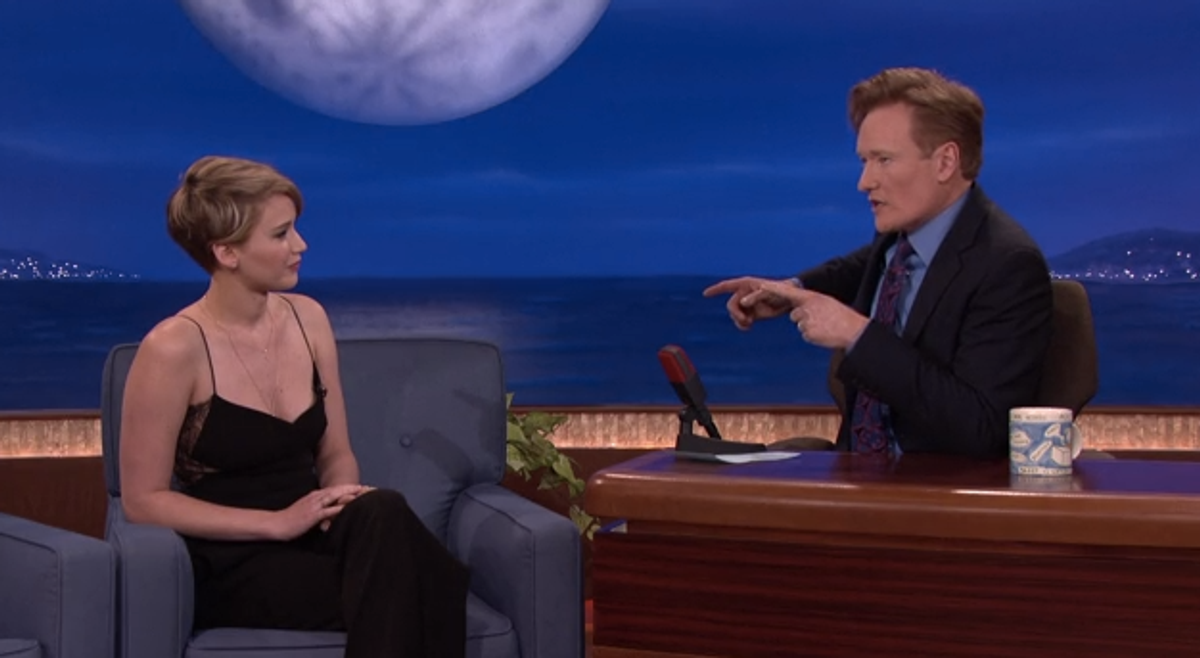 Oh, Jennifer Lawrence, you've done it again. The "Hunger Games" star appeared on "Conan" Wednesday night for what would have been a fairly routine interview for any other star -- beginning with Conan O'Brien asking, "What would you be doing if you weren't acting?" -- but ending with a hilarious story about J Law's secret "joke" stash of butt plugs, because of course.

Lawrence said she'd love to have been a hotel maid, not just because she enjoys cleaning, but because she'd get to look "through everybody's stuff."

O'Brien followed up with the logical question: "Do you worry that anyone's going to be snooping and looking at your stuff?"

Turns out that that's happened to the actress, in the most adorable and awkward way possible. "Yes ... but I ... this is actually really funny," began Lawrence, laughing. "Somebody, actually as a joke, bought me a bunch of butt plugs -- it's a long story, it's a really, really long story --"

(Not really that long of a story, as O'Brien points out.)

Anyway, so Lawrence has a lot of butt plugs -- a "copious amount" of butt plugs -- in various colors -- and stashes them under the hotel bed, hoping to hide them from the maid. As you might guess, the maid did find the sex toys, a fact that became painfully clear to Lawrence as soon as the actress returned to her room.