"When you remove God’s design and parameters, there’s no limit to what we’ll invent to be our freedoms" 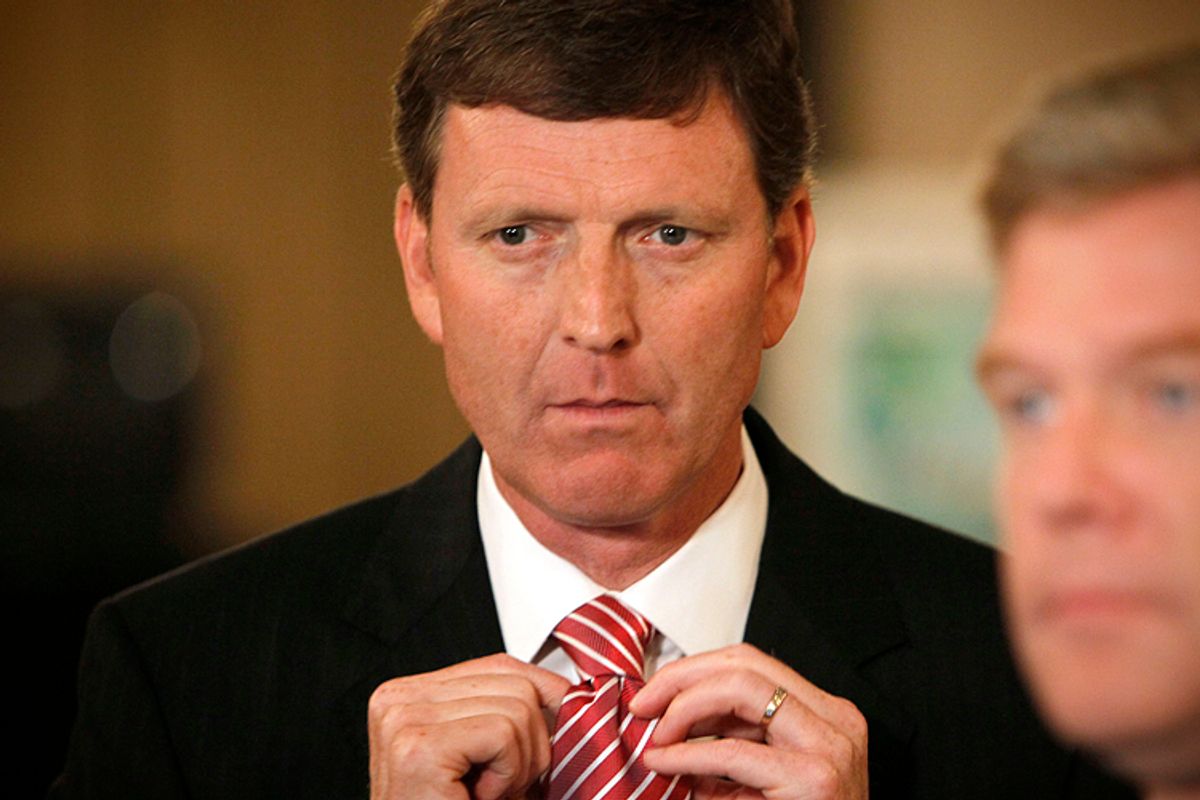 Vander Plaats and show host Jan Mickelson were discussing the recent ruling in Utah decriminalizing polygamy in the state, citing it as proof that their earlier warnings of the gay marriage slippery slope were correct. "I think, Jan, we have to take a couple learnings from here," Vander Plaats said. "Number one is when you remove the parameters of God’s design, there is unlimited opportunity for an individual’s freedom."

But polygamy wasn't the only social ill Vander Plaats saw approaching on the horizon. He worried about parents marrying their adult-aged children for tax purposes, too. "I’m saying that’s not going to be a limit there either, whether it be polygamy," Vander Plaats said. "Because it’s also about a parent marrying their child – of age, marrying their child. Sex probably not even being involved, but 'I love the child, I want to pass on' — again, the welfare state — 'I want to pass on my estate to a married spouse without the tax implications,' that can happen."

Vander Plaats was also concerned by how this social breakdown would influence the court system in the United States. Now, he warned, "there’s no limit to judicial activism," which itself is a new form of oppression. "So when a business person says, ‘You know what, I want to have predictability in the courts,’ you bet you won’t have predictability in the courts based on the constitutional separation of powers," Vander Plaats said. "Because now you have these courts saying, we’ll be allowed to have polygamy, you can marry a guy and a woman in North Dakota, there’s no more standards and the judges get to determine. That’s tyranny, not freedom."

Listen to Vander Plaats' comments below, via Right Wing Watch: